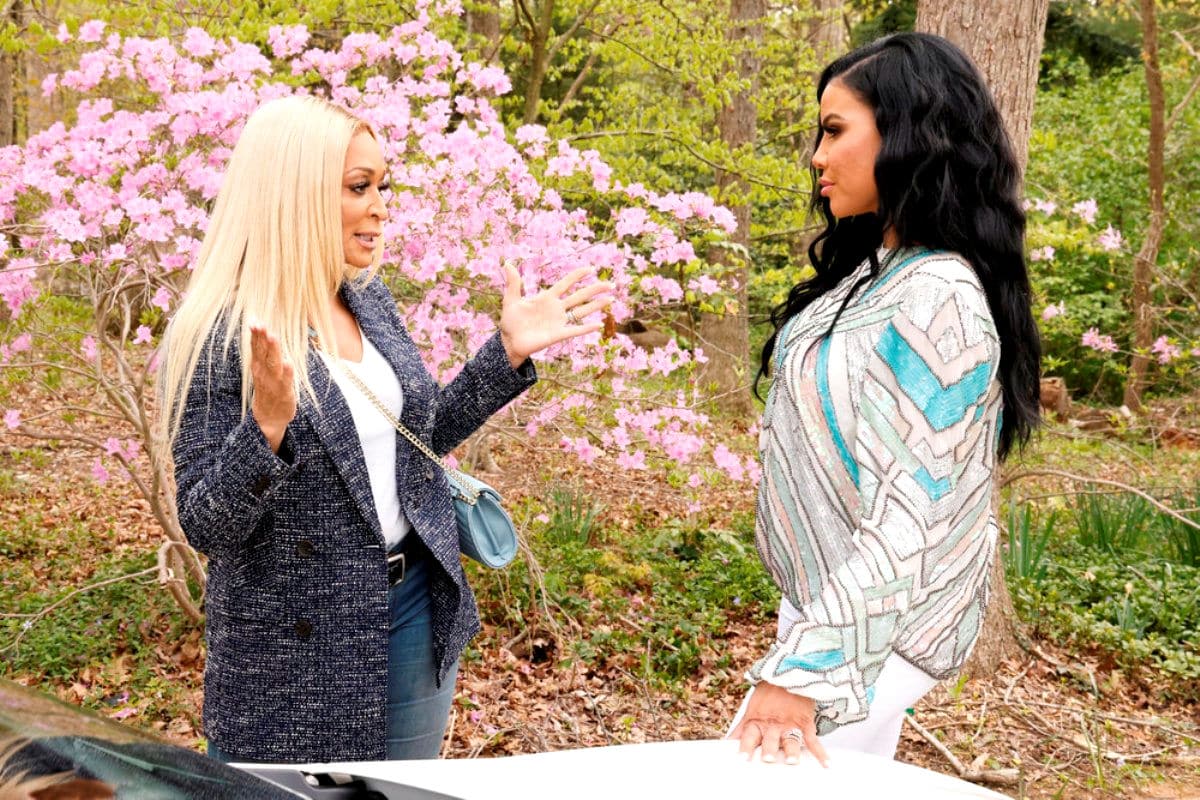 Karen Huger was called out by Mia Thornton at her recent appearance at the D.C. Improv.

As cameras rolled for the seventh season of The Real Housewives of Potomac, and audience members looked on, Mia grabbed a microphone during a Q&A session with Karen, who was sitting on a barstool on stage, and proceeded to question her about something she had learned from one of their castmates.

“What do you do when you share something with a friend of yours, and she runs her mouth and tells [me about it]?” Mia was seen asking Karen, via a video shared by Everything Housewives on Instagram.

Throughout the evening, the RHOP cast mingled as their husbands, including Ray Huger and Gordon Thornton, were seen talking amongst themselves. 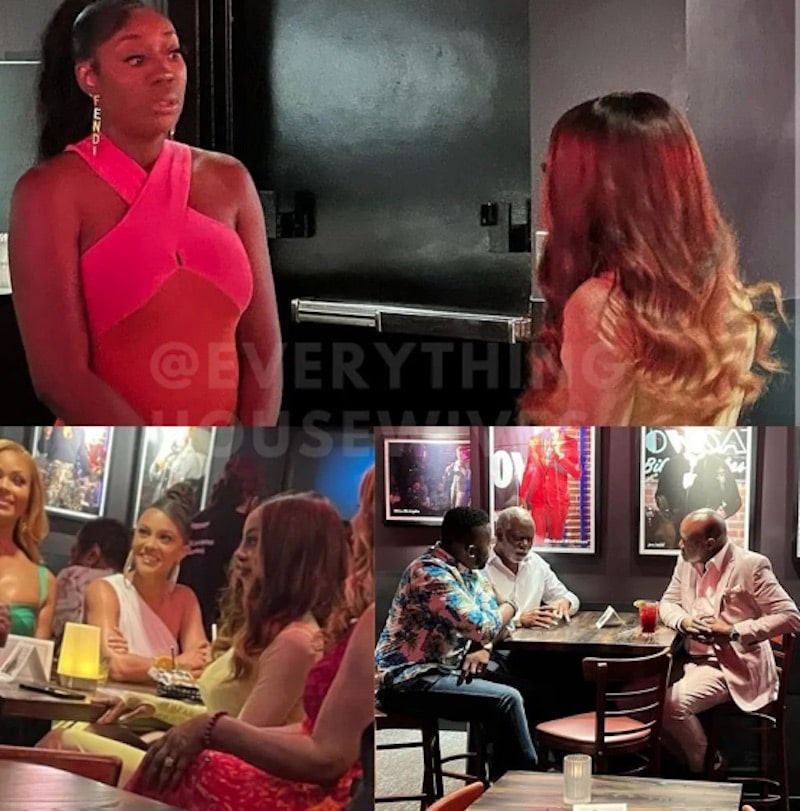 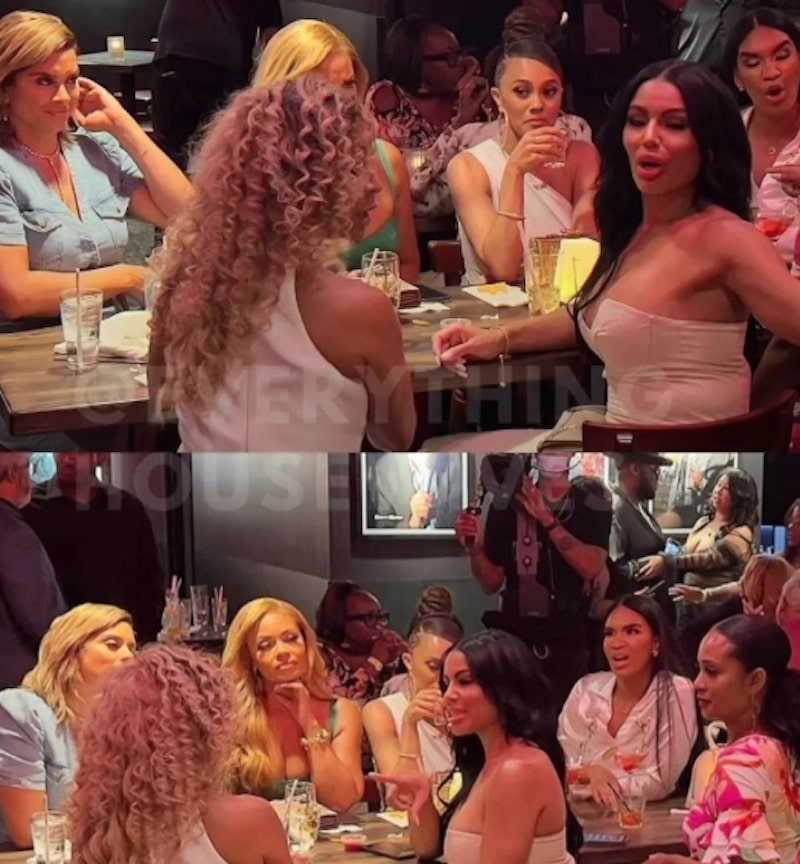 As the Q&A continued, Mia insisted, “I’m not upset,” before adding, “But loyalty is everything.”

“It is. It is. And I’m loyal to you because you say that, ‘Karen, own your sh-t. And I own everything.’ And you own your sh-t,” Karen replied.

She then had a stern message for Mia.

“So whatever I said I said about you was true, Mia. Get over it. It’s alright,” she declared.

“Transparency is key. And if I tell you something, don’t run and tell the two,” Mia fired back, seemingly pointing to Gizelle and Jaqueline.

At that point, Karen appeared to give into Mia’s push and promised to “work on” her behavior.

“Well you know what, Mia? I will work on it… Thank you Mia. I love you,” she told her RHOP castmate.

“I’m with that. I can respect that,” Mia responded.

By the end of their chat, all seemed to be well between Karen, who said that she and Mia “get along so well,” and Mia, who said, “Real recognize real, always.”

Following the sharing of the online videos, an insider who attended Karen’s event shared additional details about the Q&A.

“I was there last night! It was the end of the Q&A bit with the audience, and production set up the cast table to go last of course. Ashley asked a question about how to keep the spice alive if you’re going through a lull (LOL), and then after Karen’s answer about how she and Ray have gotten into bedroom themes during the pandemic, Mia took the mic and was readyyyy with this question,” the source revealed.

“She and Robyn and Gizelle and new girl Jacquline were talking really animatedly and filming during most of the show/set. After the show was done, Karen had a meet and greet with VIP tickets, but first they took her over to the table to talk with Mia, Gizelle, and Robyn and filmed for a while,” the concluded.

The Real Housewives of Potomac season seven is expected to begin airing on Bravo sometime later this year or early next year.