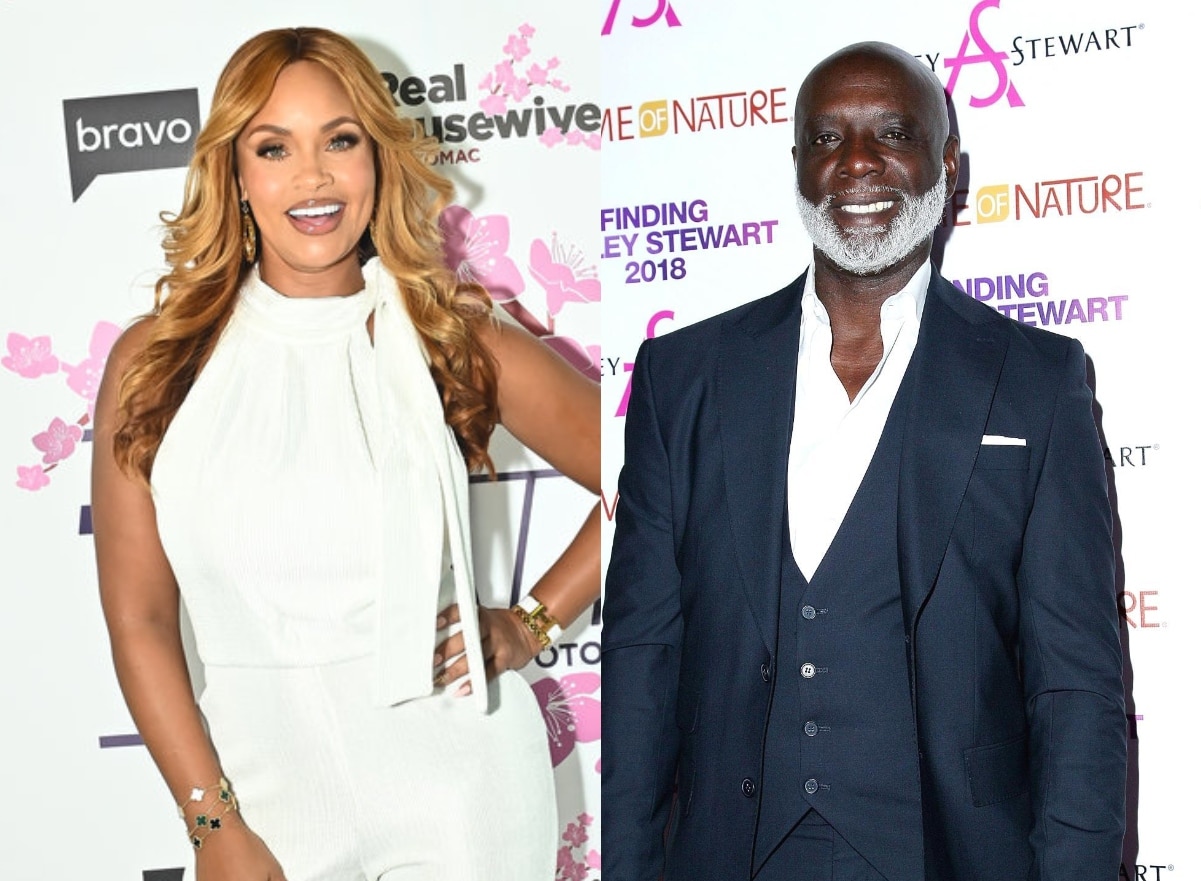 Following a report claiming Gizelle and Peter, the ex-husband of RHOA alum Cynthia Bailey, were filming their supposed “relationship” for the new season, both Gizelle and her bestie, co-star Robyn Dixon, spoke out to address the controversial claims.

“It is 100 percent NOT TRUE,” Gizelle confirmed to The Jasmine Brand on Wednesday, May 4.

Earlier that same day, Media Take Out had shared a report, claiming that after becoming a frequent visitor of Peter’s Bar One restaurant in Baltimore, Gizelle established “a relationship” with Peter.

Although the outlet stated that they couldn’t confirm the romance, they said that people who have seen the supposed couple interact with one another were convinced that something was going on between them beyond a friendship.

The report went on to say that Peter has appeared in front of the cameras amid production on the new episodes of RHOP and that his alleged “relationship” with Gizelle would “be the center of her storyline.”

Understandably, Real Housewives fans on social media went wild at the thought of the crossover. But just as Gizelle deemed the romance rumors as “false,” Robyn spoke to The Reality Rundown, seconding Gizelle’s claims that the reports about her and Peter were “not true.”

“EXCLUSIVE: As many of you may know, recently an article came out saying that [RHOP‘s Gizelle Bryant] was allegedly dating [RHOA alum Peter Thomas]. Gizelle’s bestie herself [Robyn Dixon] told us exclusively that the rumors are “not true”!” the outlet shared on Twitter. 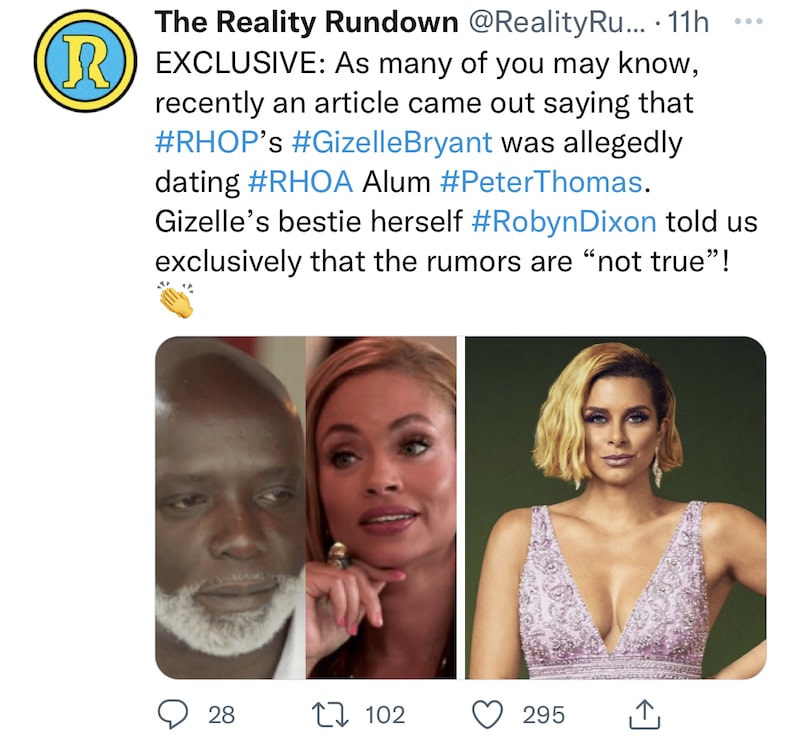 As RHOP fans will recall, Gizelle was married to ex-husband Jamal Bryant from 2002 to 2009 and briefly reconciled years later. Meanwhile, Peter and Cynthia divorced in 2017, and she went on to marry husband Mike Hill in October 2020.

The Real Housewives of Potomac season seven is currently in production and expected to premiere on Bravo sometime later this year.