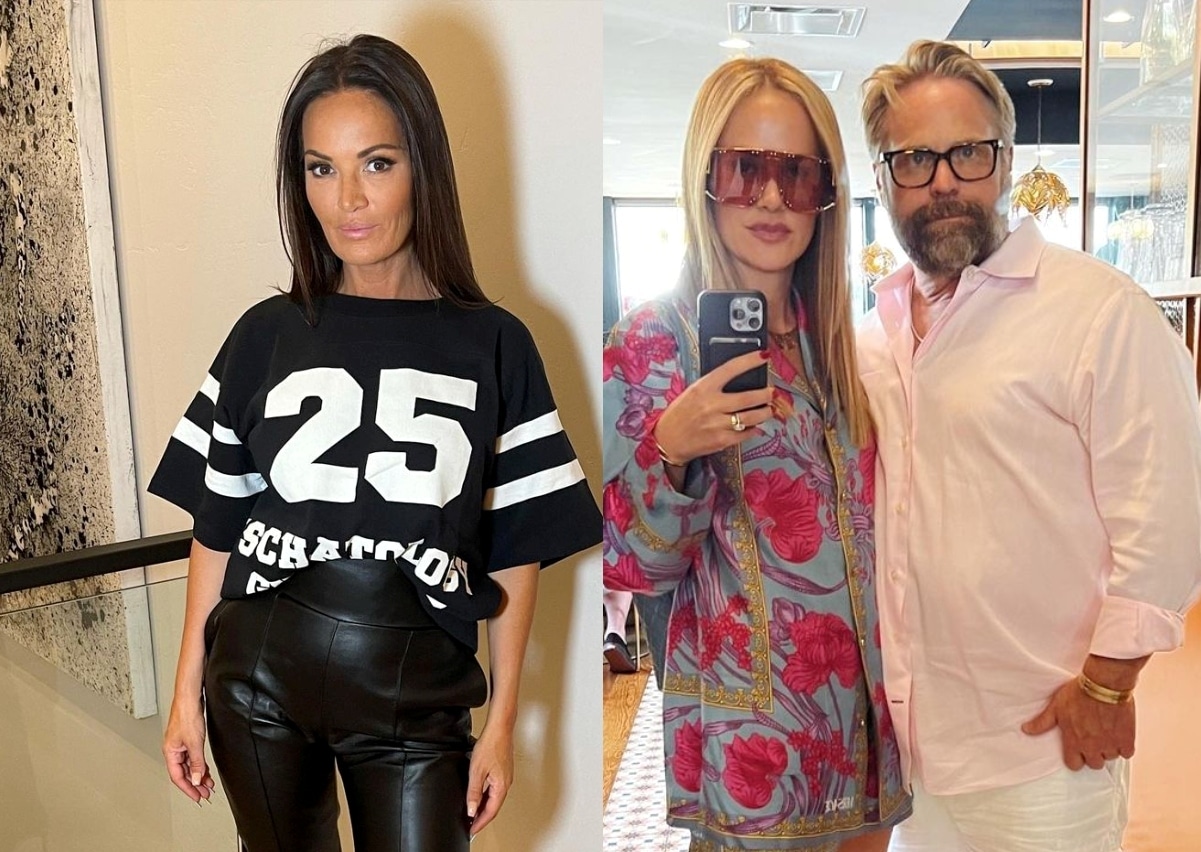 On the latest episode of Real Housewives of Salt Lake City, Lisa Barlow‘s ex-friend Angie Harrington suggested Lisa was posting confidential information about her via certain “accounts.” Angie’s husband Chris then confessed to making a fake Insta of his own in an attempt to defend his wife against Lisa.

After hearing Chris’ confession, castmate Meredith Marks stated, “[It isn’t] great that you made this account… but I have been sent certain things that tells me that Lisa has been doing the same thing.”

As the episode aired, Lisa took to Twitter to unleash her thoughts about Chris’ confession.

“This not an honorable moment,” she declared. “This is an I’ve been busted moment.”

This not an honorable moment. This is an I’ve been busted moment #rhoslc pic.twitter.com/gzwUr7uwqo

Lisa then addressed Chris’ claim that her husband John Barlow spoke negatively to him.

“Let’s quote [John] correctly,” wrote Lisa. “He said ‘stay the Fu$& away from me you POS’ because John Barlow doesn’t need a fake account to defend his wife.”

Let’s quote JB correctly. He said “stay the Fu$& away from me you POS” because John Barlow doesn’t need a fake account to defend his wife.

“I have never done a sexual favor for anything,” she stated, adding, “I deserve presents for breathing.”

I have never done a sexual favor for anything. I deserve presents for breathing.

In an Instagram Story shared by Queens of Bravo, Lisa also took aim at Chris’ place of business. “How is he in a leadership position representing your business while cyber bullying women?” she asked before referencing a rumor that Angie spread the ‘sexual favors’ allegation at a Utah Jazz game. “BTW. Thanks for letting his wife use YOUR company Jazz tickets to denigrate my family.”

Apparently, Lisa wasn’t quite done with her tweets. The star seemingly had an axe to grind with a different costar, Heather Gay, who called out Lisa for posting an obituary of Heather’s father in an attempt to prove Heather lied.

Just clearing my name. Don’t lie about me and I won’t tell the truth. ♥️♥️♥️ #RHOSLC