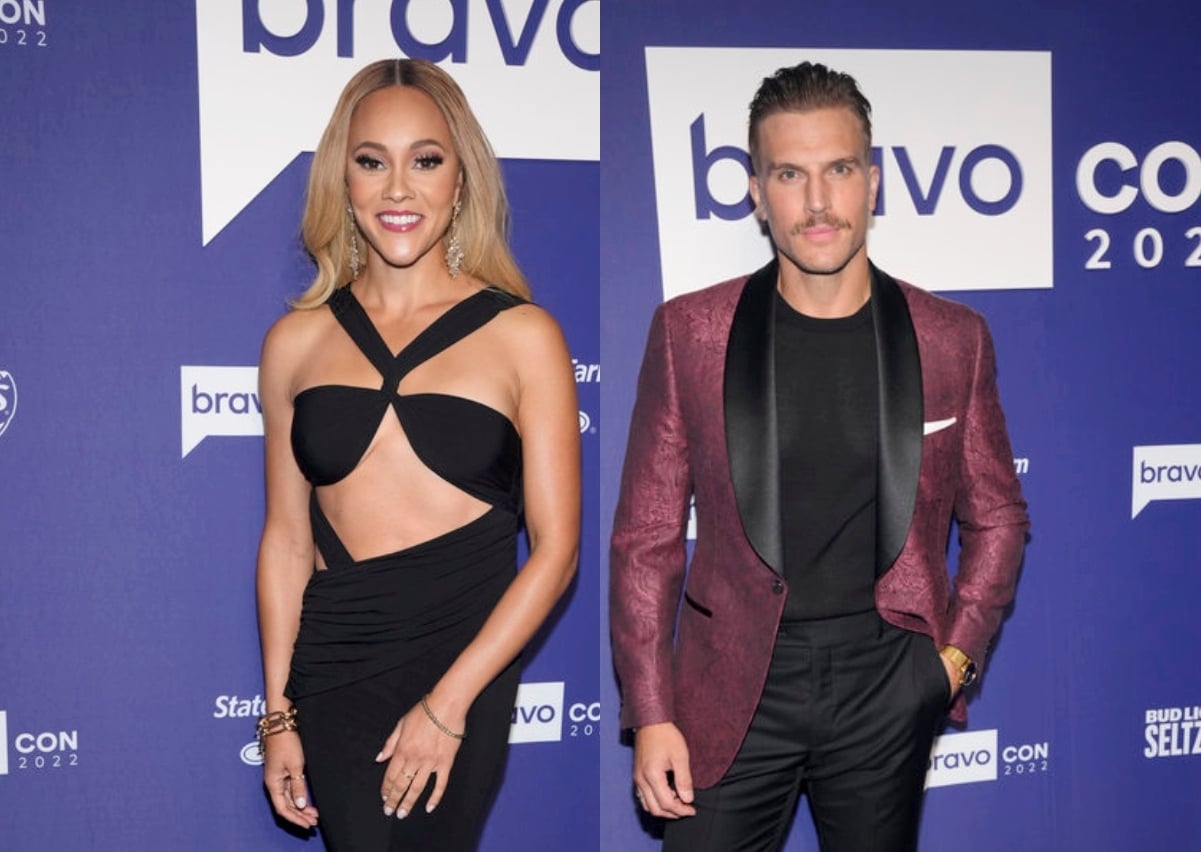 In the midst of Ashley Darby‘s public divorce from Michael, the Real Housewives of Potomac star had an interview for Watch What Happens Live with Andy Cohen. On it, the now-single castmate said a fan suggested Luke Gulbranson, a fellow Bravolebrity from Summer House and Winter House, as a possible romance.

The host was excited by this idea and indicated his intention to make it happen. Soon after, as the stars attended BravoCon in NYC, photos of Luke and Ashley popped up online.

Now, it seems the romance is more than just a BravoCon fling.

According to an image shared by Bravo and Cocktails, Ashley and Luke were recently spotted together at a bar on what appeared to be another date. In the photo, the stars sat fairly close together while Luke leaned toward her. 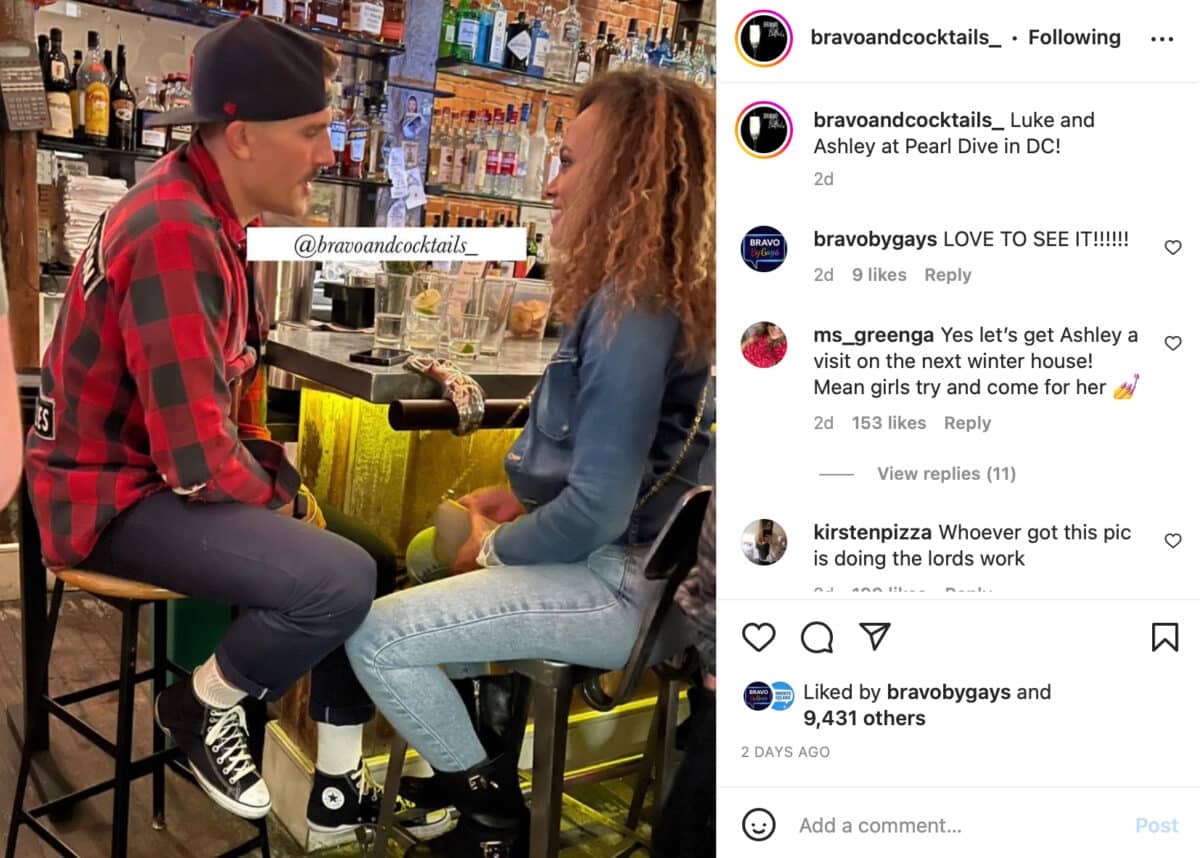 In a separate photo at a football game, shared by Queens of Bravo, the stars posed with Summer House castmates Lindsay Hubbard and Carl Radke (who recently got engaged).

Carl then posted a video of Luke at the game as Ashley quickly touched his cheek and grabbed his hand.

Apparently, Ashley and Luke weren’t finished with their public outings. Fans also spotted them cozying up at the “front row” of a Washington Capitals hockey game, according to Bravo and Cocktails, who posted the photo on Instagram. 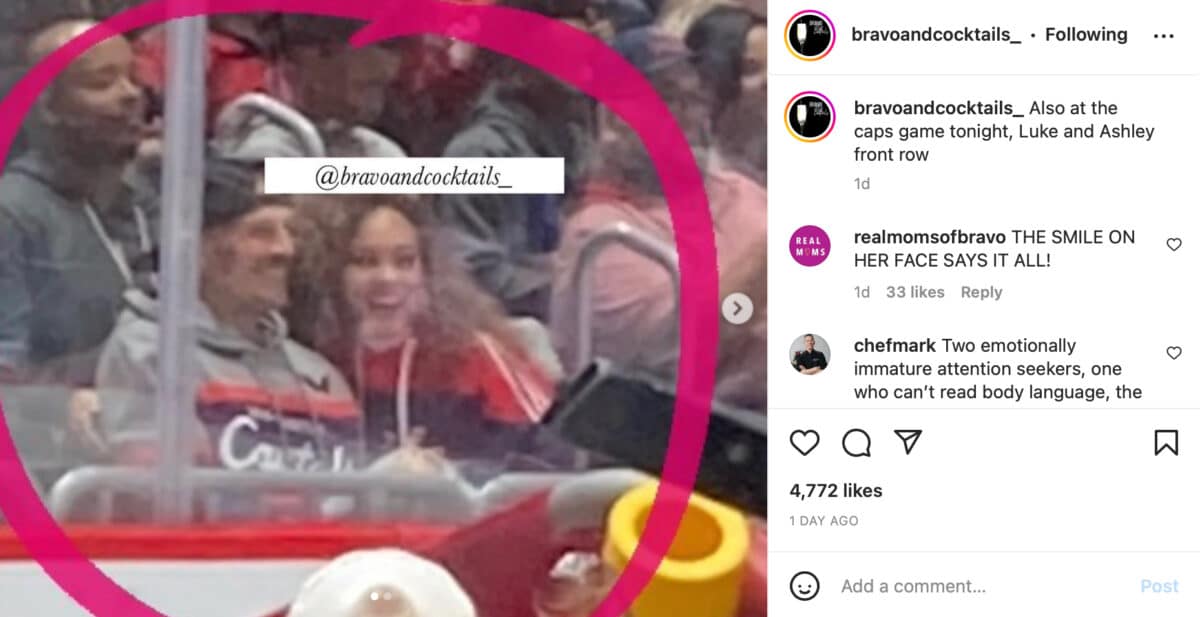 Viewers are now speculating that the Bravolebs are either in a relationship or close to it. Some fans have pointed out the similarities between Luke and Ashley’s ex, both of whom have been accused of being ‘players.’

Others are rooting for the potential new relationship, and they want to see Ashley on Summer House — or its popular spinoff, Winter House, which is currently airing.

The Real Housewives of Potomac season seven airs Sundays at 8/7c on Bravo, and Winter House season two airs Thursdays at 9/8c on the same network.