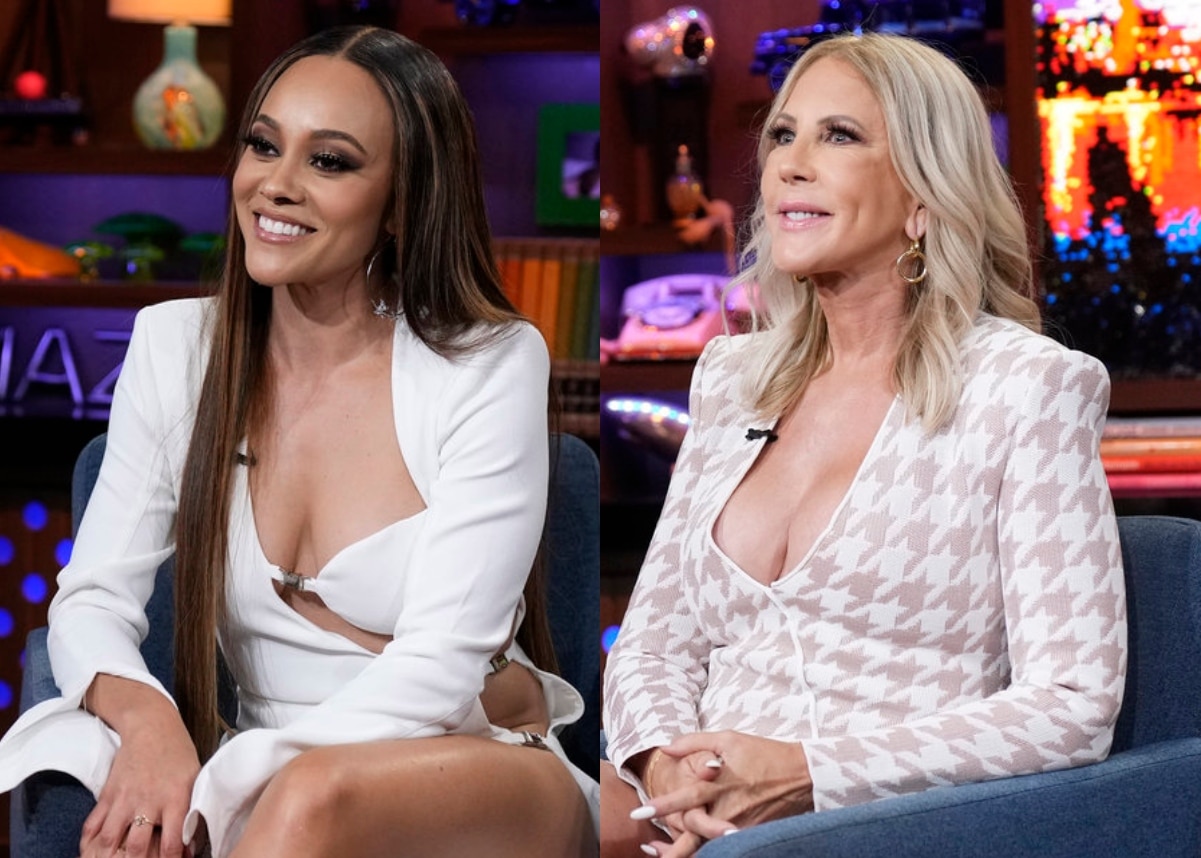 On the season seven premiere of Real Housewives of Potomac, Ashley Darby confused more fans as she answered questions about her marriage. Initially, the star indicated that she and Michael were getting a divorce, and then she seemed to backtrack.

According to her story, Ashley and Michael were purchasing a home together, and she hadn’t hired a divorce attorney. Several castmates suggested she wasn’t actually getting a divorce.

During a recent appearance for Watch What Happens Live, Ashley was asked about the “rudest” Bravo star she’s encountered.

“The rudest Bravolebrity that I ever met was Vicki [Gunvalson],” said the 34-year-old. “Vicki Gunvalson was quite mean to me.”

Ashley then explained why. “We did a little thing together at the Bravo headquarters, and she was so dismissive of me,” she shared. “Actually we were doing an interview together. She got up and walked out of the room.”

“She didn’t want to hear anything I had to say.”

Later in the show, Ashley also mentioned a fan’s suggestion that she hook up with Luke Gulbranson from Summer House at the upcoming BravoCon.

Host Andy Cohen replied, “You know what? I think that’s a good idea. What do you think of that idea?”

Ashley (whose current husband has been called ‘gay’ by certain cast members) asked, “Is he straight?”

After she admitted that Luke was “hot,” Andy then stated, “I like this idea… Ok well I’m gonna try to set you up.” He added, “I have a feeling he will be [interested].”

Now that she’s outed Vicki as the ‘rudest’ Bravo star, the upcoming convention will surely be awkward as both ‘Housewives’ are set to attend. Ashley’s safest bet may be to avoid the ‘OG’ at all costs.

Perhaps Luke will be her silver lining.