Danielle Olivera and Robert Sieber have parted ways, according to rumors. During the season six reunion of Summer House, per BravoTV.com, Ciara Miller claimed the couple was fighting a lot after Ciara challenged Andy Cohen’s prediction that Danielle and Robert would be engaged before Paige DeSorbo and Craig Conover.

At the time, however, Danielle seemed to deny that their relationship was on the rocks — despite what he might have told the rest of the cast during a “drunken” moment.

According to a report from @bravobreakingnews on Instagram, Danielle and Robert have split, and they are the subjects of a recent post by Bravo & Cocktails.

The source told Bravo & Cocktails that a “couple” from a “seasonal Bravo show” has gone in different directions. The insider said, “[The man is] from my hometown.”

“Fans probably noticed they haven’t been posting each-other,” continued the source. “He went to Europe without her and they didn’t spend Thanksgiving together.” 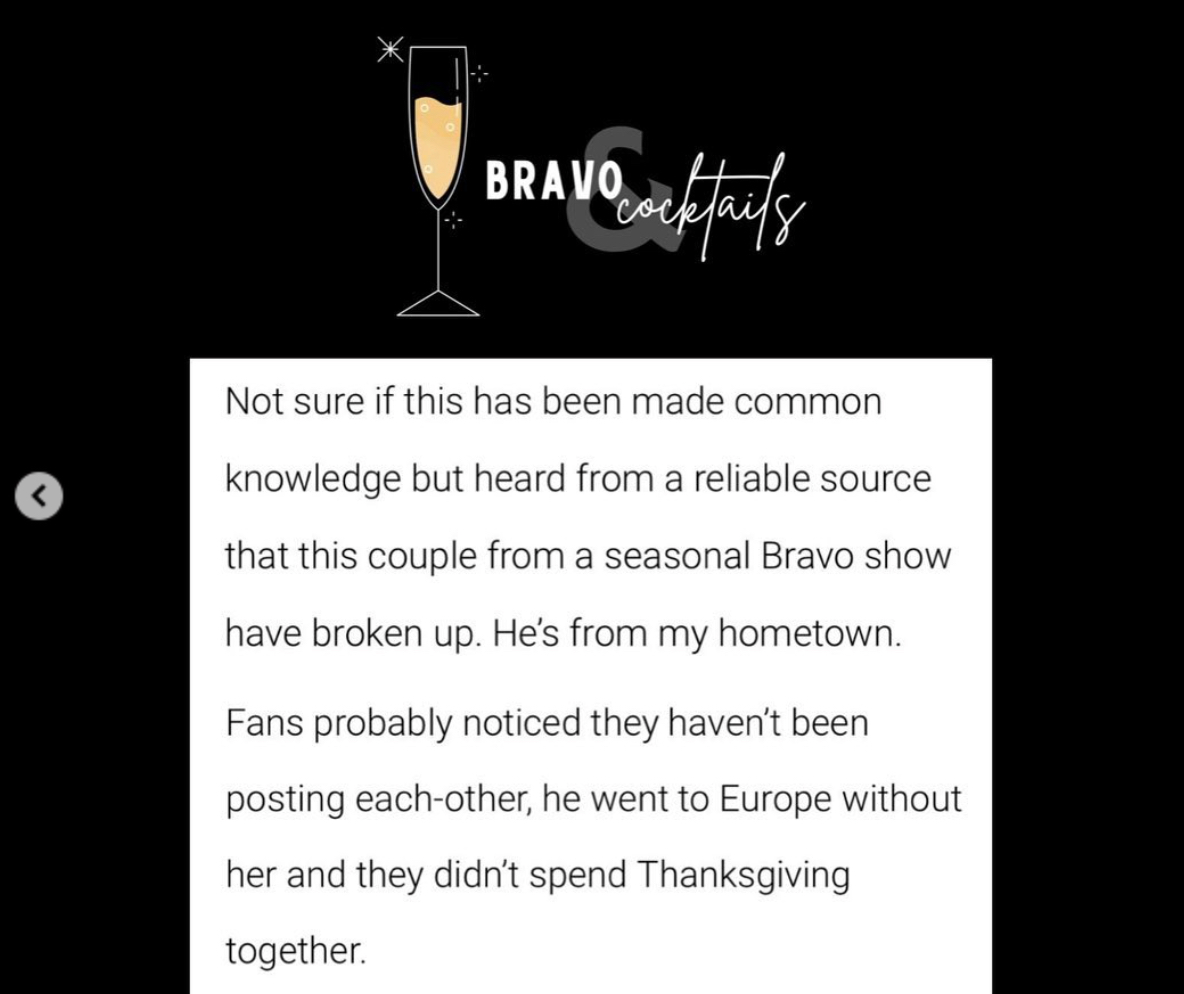 On Instagram, Danielle seemingly hasn’t posted with Robert in almost a month. As for Robert, his last Instagram post with Danielle appeared to be in July.

According to Distractify, the stars started dating in the midst of the 2020 lockdown, but they didn’t become official until after spending time together in Summer House season five. The stars have been in a long-distance relationship, dividing their time between Brooklyn (where they share an apartment together), Montauk, and Aspen.

“We just work, and we don’t allow the show to to come between anything, whether it be pressure to progress faster than we would like, or let what other people are saying get to us,” said Danielle in June in an interview with the outlet. “We are pretty solid in our foundation, and I think that is what makes it so great.”