Olivia Flowers raised questions of potential plastic surgery last week after sharing a different-looking image of herself on Instagram.

As she continues to face rumors regarding her possible new romance with minor league baseball player John Parke, the Southern Charm cast member was met with comments from fans, one of whom said Olivia looked like she “had work done on [her] face” and another that accused her of a “botched” nose job.

“Big fan of the one and done jumpsuit fit,” Olivia wrote, in part, in the caption of the December 1 photo that prompted plastic surgery questions.

Although Olivia received plenty of compliments in the comments section of her post, per Heavy, including comparisons to Elizabeth Olsen, messages describing her as “such a beauty,” “gorgeous,” and “amazing,” and a statement proclaiming she “never looked better,” Olivia was also confronted about potential plastic surgery.

“You look like you had work done on your face,” someone wrote.

And in response to the comment, Olivia confirmed she had, in fact, had work done as she tagged cosmetic nurse injector Zach Childress, along with a lips emoji, and the plastic surgeons of Profiles Beverly Hills, including Dr. Jason Litner and Dr. Peyman Solieman, along with a nose emoji. 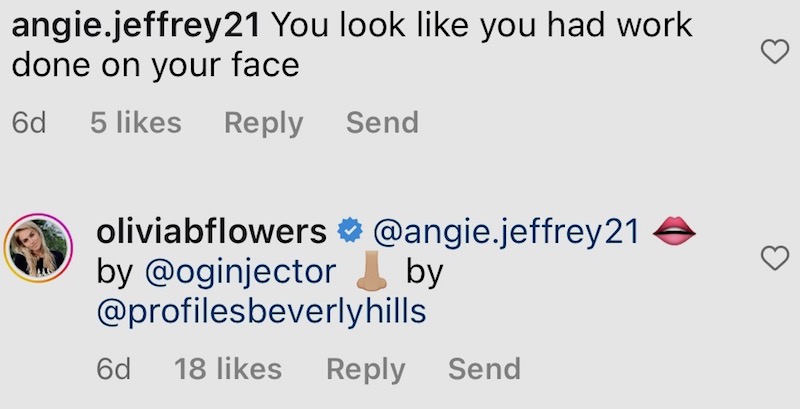 Back in July, on the Instagram page of Profiles Beverly Hills, a photo of Olivia was shared with the hashtag “rhinoplasty,” which seems to confirm her nose was done quite some time ago, especially since Olivia initially posted the same image on her own page in September 2021.

Below is the most recent photo of Olivia taken in December 2022, versus an image of her shared in September of this year. 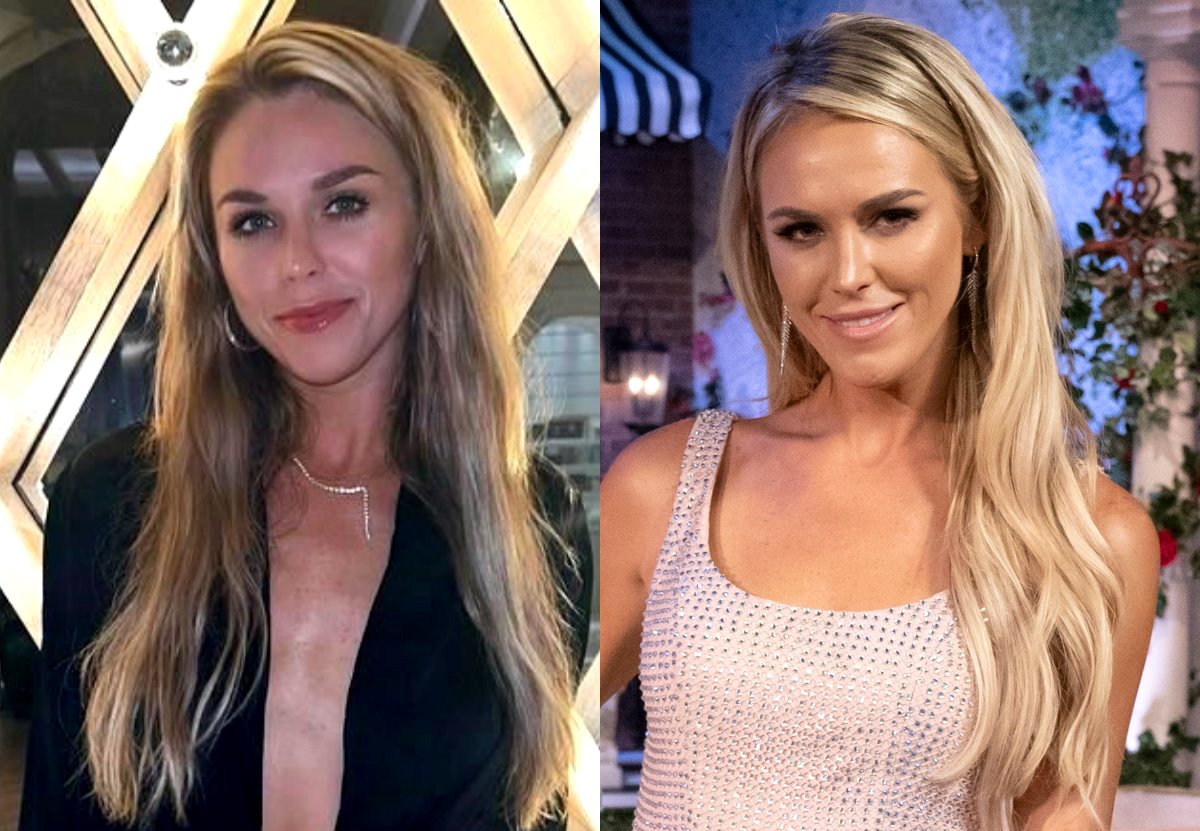 Southern Charm star Olivia Flowers’ After and Before Plastic Surgery Photo (Before is on the right). Credit: Instagram/Bravo

While most of the comments were positive, one person took it upon themselves to label Olivia “botched” due to the look of her nose.

“Who botched your nose,” they asked.

And in response, Olivia wondered, “Who botched your manners?”

Southern Charm season nine is expected to go into production sometime in early 2023.