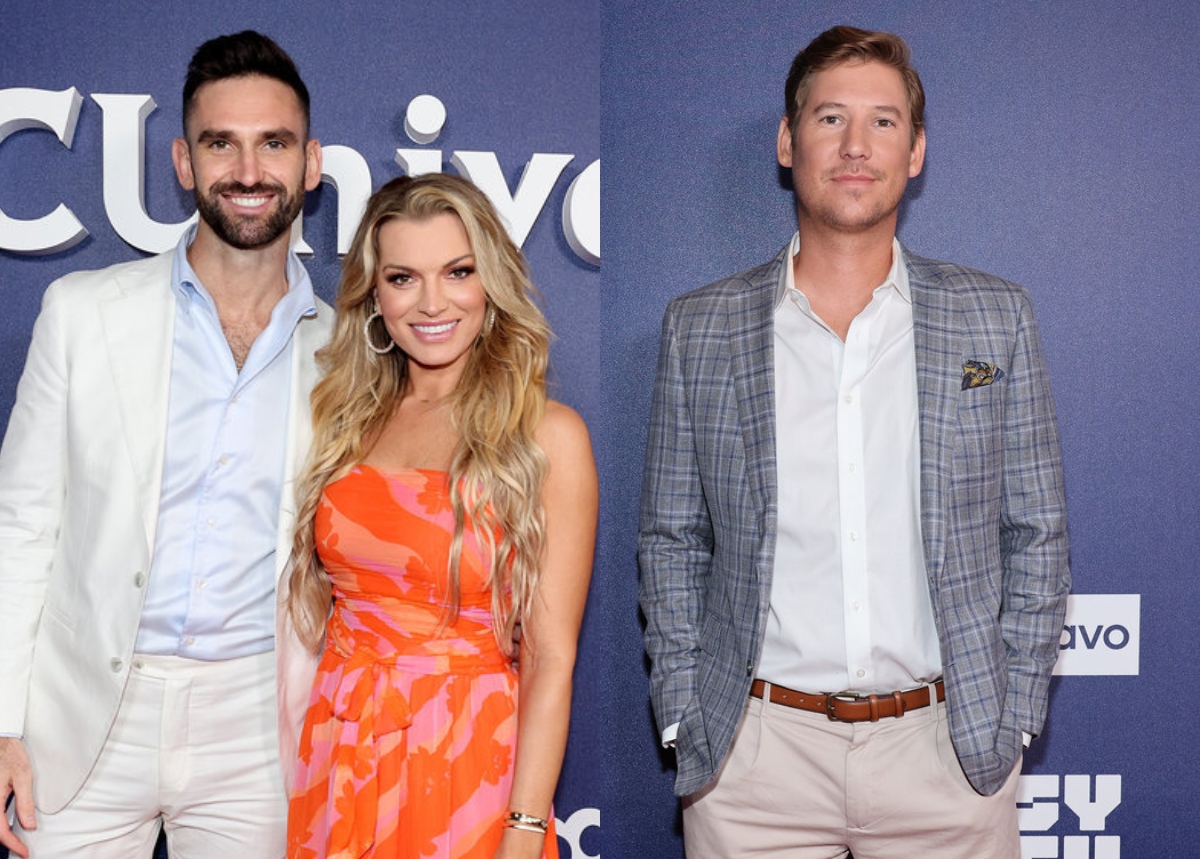 Summer House and Winter House star Lindsay Hubbard recently revealed behind-the-scenes details regarding the second season of Winter House, and she wasted no time in clapping back at Austen Kroll’s claims that the pair hooked up while she was in the beginning stages of her relationship with her fiancé, Carl Radke.

Lindsay says she has no recollection of the event even taking place, calling it “ridiculous.”

“Listen, I am such a sex-positive person and have always been very forthcoming and open about my sexuality and who I’ve done what with,” Lindsay told Entertainment Tonight. “It’s just not my style. I don’t even know what [Austen] is saying. I don’t even think he believes what he’s saying.”

In fact, Lindsay believes that Austen made the whole thing up to “impress the girls” and have “something to talk about.”

‘It appears to me that he kind of wanted to impress the girls. I think he was in hot water again with Ciara [Miller], and it was like, ‘Oh well, let me use this to try and get back in with Ciara and the girls,’” she mused.

The Bravo celeb isn’t surprised by Austen’s behavior, though. Throughout her time knowing/dating Austen, she says she’s come to realize that he “thrives on drama.”

“I’ve been down this road too many times before to get mad at him anymore,” she said.

Lindsay went on to reveal that she needed the five months in between show tapings in order to process all the drama that went down between the two. Otherwise, she wouldn’t have been in a place to “accept his apology.”

The Winter House star also discussed her co-stars questioning the timeline of her relationship to fiancé and castmate Carl, and she says she wasn’t the one to even put their relationship out there for the public, but rather, it was Maya [Allen].

“Neither Carl nor I went around telling people that we were, like, dating. That was Maya, who said, ‘word on the street is Lindsay and Carl are giving it a go,’” Lindsay explained.

Lindsay also talked about the devastating miscarriage she suffered last year with Jason Cameron and how “difficult” that time in her life was for her. She also addressed how Jason was hypocritical and manipulated the painful ordeal on camera.

“I was not at all prepared for that conversation,” Lindsay revealed. “The problem I have with that is I was very clear with Jason that I would be sharing it.”

Lindsay claims that the pair even filmed a scene of the two of them discussing the heartbreaking event for Summer House, and Jason knew that the miscarriage would be made known to viewers. The scene ultimately ended up not making the final cut once the show aired.

“What’s even crazier is that he and I filmed an actual conversation in my apartment for Summer House season six,” Lindsay said. “So for him to say, ‘Oh, you didn’t tell me you were going public with it,’ I’m sitting there like, ‘What on earth are you talking about?’ Either you have extreme amnesia because we actually did have this conversation and then we also filmed a conversation, so then to bring that up and make me feel guilty for something that I didn’t even do was very heart-wrenching for me.”

The moment traumatized Lindsay so much that she “cried for three weeks after Winter House.”

Lindsay revealed that, ultimately, her relationship with Jason couldn’t survive his on-camera betrayal. Lindsay said she remained optimistic at first because “at least [the miscarriage] happened with a super nice guy.” But that changed after he spun a false “narrative.”

“He created this narrative of something I didn’t do just so he could get it off his chest because he forgot the multiple times that he was aware that it was going to be public, it really changed my opinion of him.”

Lindsay continued to elaborate on the “really sad time,” saying, “I will never look at this guy the same because he did that.” She also revealed that Jason didn’t even take the time to reach out and see how she was doing after her miscarriage.

“He didn’t even approach me and say, ‘Hey, Linds, how are you doing? I haven’t spoken to you in a little while. It’s around the nine-month time, we would’ve had a baby by now.” Instead, it was just straight into, “I have to get this off my chest, you went public, you didn’t tell me,” Lindsay told the outlet.

There is happy news on the horizon for Lindsay, though, as she revealed that she and Carl are planning for a fall 2023 wedding, and she says she’s ready to start a family shortly after. Nothing is set in stone yet, but Lindsay said she’s happy and ready to get into full-blown wedding planner mode.