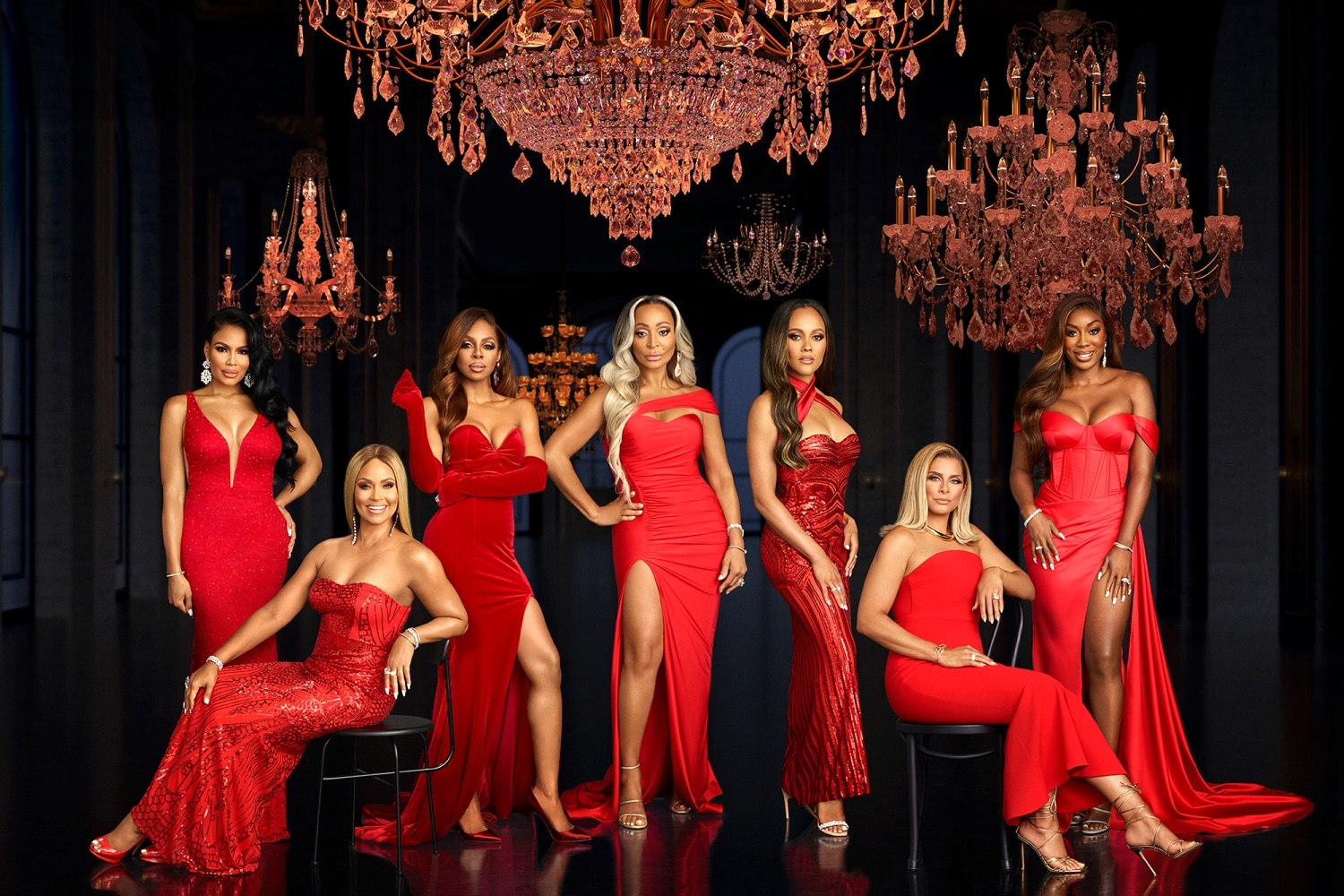 The Real Housewives of Potomac season seven reunion was filmed on Thursday, and during the taping, Andy Cohen shared a video on his Instagram Stories in which he was heard discussing the cast’s drama with Karen Huger and Gizelle Bryant.

As photos of the seating chart and set were leaked online, the Watch What Happens Live host took to his social media to tease fans about what is to come on the upcoming schedule.

“Five p.m. Still going. It’s… There’s a lot happening here. How are you feeling, Grand Dame?” Andy asked as he spoke to the off-camera Karen.

“I am feeling fantastic,” she replied.

“I am in a sparring match for my life … with several women. But I’m okay,” she confirmed.

Andy then asked Karen if she was “still the Muhammad Ali of touring shows,” to which she said, “I believe I am now, Andy.”

According to Andy, there was still “a lot more to come” at that point in the night. And hours later, just before 9 p.m., he shared an additional video of himself speaking to Gizelle.

“You think we’re ever gonna get out of here?” he wondered. “We gonna land this plane?”

“No,” Gizelle admitted. “The plane is still in the air.”

Because Charrisse Jackson-Jordan had “just landed,” as Andy shared, he told Gizelle he felt like their night was far from over.

“I feel like we’re gonna be here for a little bit longer. Oh boy,” he stated.

Later, in a final video shared to his Instagram Stories on Thursday night, Andy told his fans and followers, “That was long but it was really, really good.”

Also on social media on Thursday, Bravo posted the seating chart to their official Twitter page.

“Leaking the [RHOP] Reunion seating chart as a gift to the Bravoholics (and before the blogs do),” they tweeted, along with a page that confirmed Karen and Gizelle were the closest to Andy. Mia Thornton and Wendy Osefo were in the dreaded end seats (which are rumored to indicate that cast members are in jeopardy of a firing).

Robyn Dixon and Candiace Dillard-Bassett were situated between Mia and Karen, and Ashley Darby was on the other side of the set between Gizelle and Wendy. 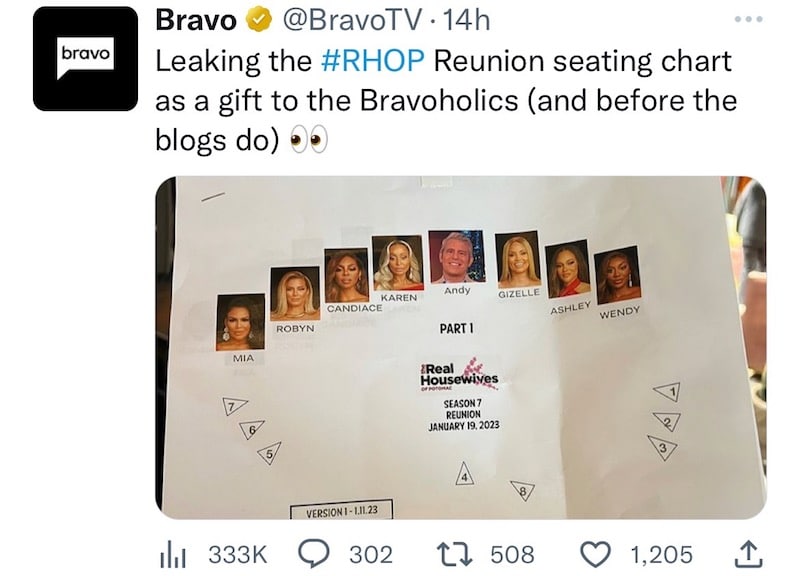 “Andy’s got his binder ready for the [RHOP] reunion today and he’s even previewing the set!” the Queens of Bravo told their followers in a post on January 19.

The Queens of Bravo also shared a photo of the set on their Instagram page. 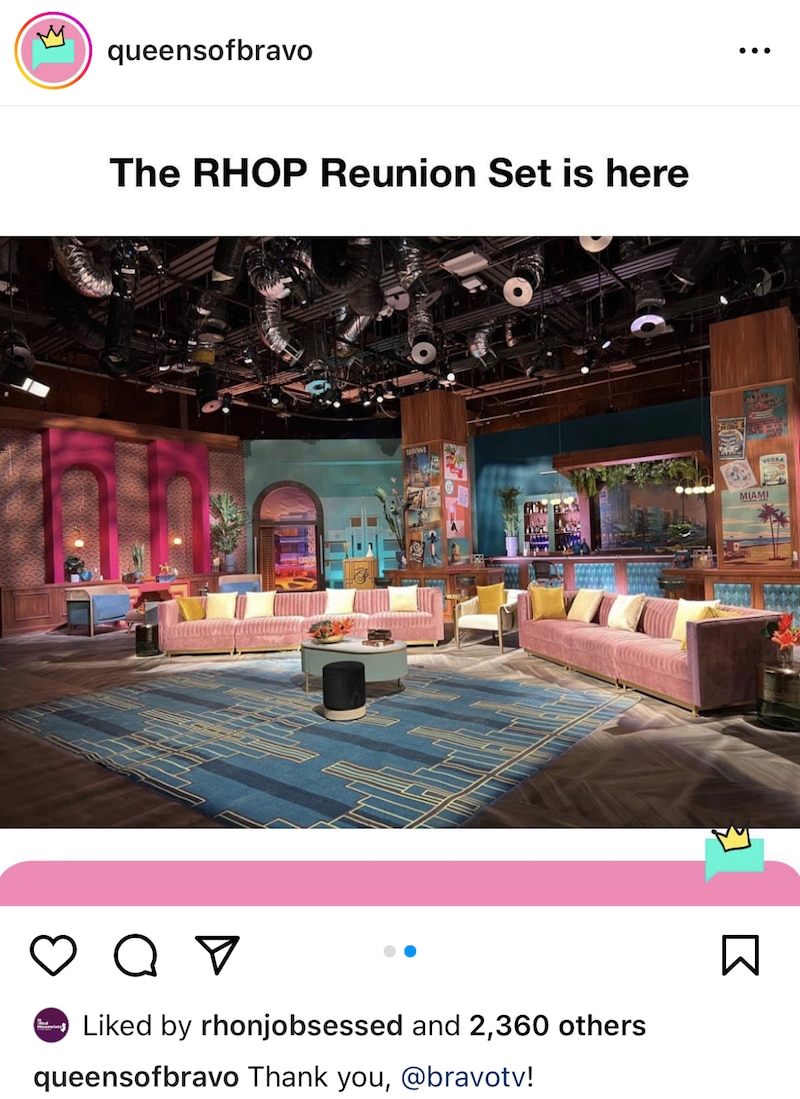