Carole Radziwill is showing off her recent home renovation and I must say it looks stunning!

The Real Housewives of New York star invited Architectural Digest into her 2-bedroom Soho apartment that she’s been residing at since 2002.

First Carole talks about her 50-year-old now blue couch which she inherited from her socialite mother-in-law Lee Radziwill (sister of Jacqueline Kennedy Onassis).  “I’ve had it in my life for 27 years. Not only is it a great couch—the most gorgeous, the most comfortable—it has a lot of memories soaked into it,” she said. “Well, I don’t so much feel sentimental for the couch as responsible for it. It’s a piece of history.” The famous couch has also been featured in Vogue and Elle Decor.  END_OF_DOCUMENT_TOKEN_TO_BE_REPLACED 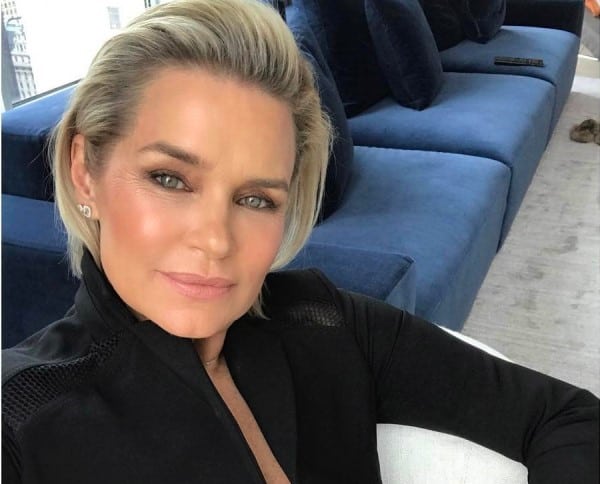 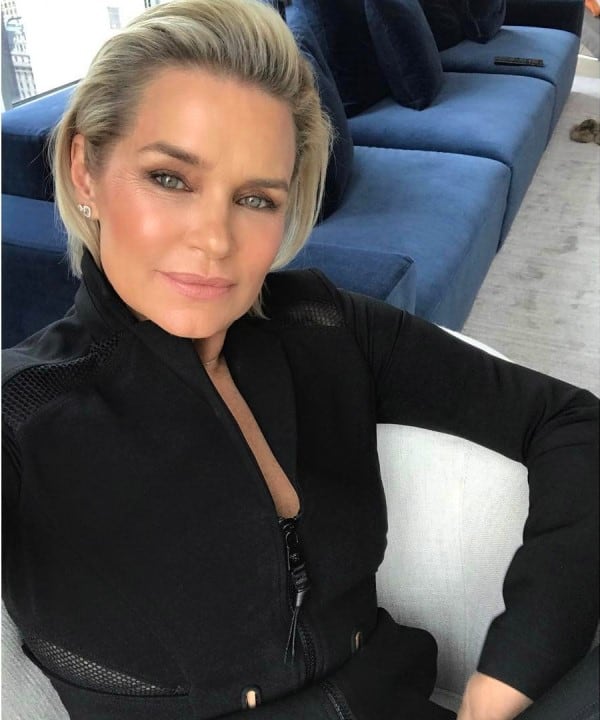 Former Real Housewives of Beverly Hills star Yolanda Hadid continues to open up about her personal life in her upcoming memoir Believe Me: My Battle with the Invisibility of Lyme Disease.

Following the release of excerpts which detailed her painful split and divorce from ex David Foster, Yolanda is now sharing something very personal when she reveals she actually thought about killing herself due to difficulties from Lyme disease.

She was diagnosed in 2012 after a doctor in Belgium discovered an active infection in her brain. And despite taking antibiotics, her condition failed to improve and actually worsened with symptoms such as exhaustion, insomnia, joint pain, and anxiety.  END_OF_DOCUMENT_TOKEN_TO_BE_REPLACED 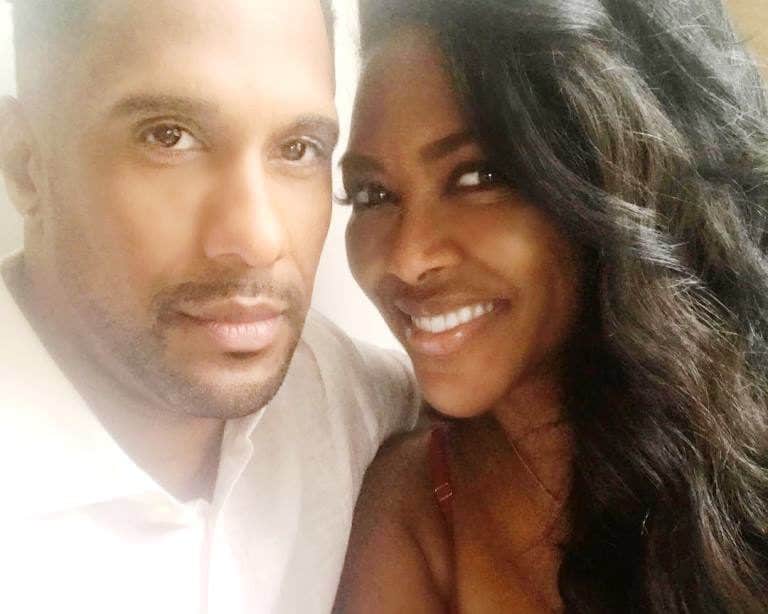 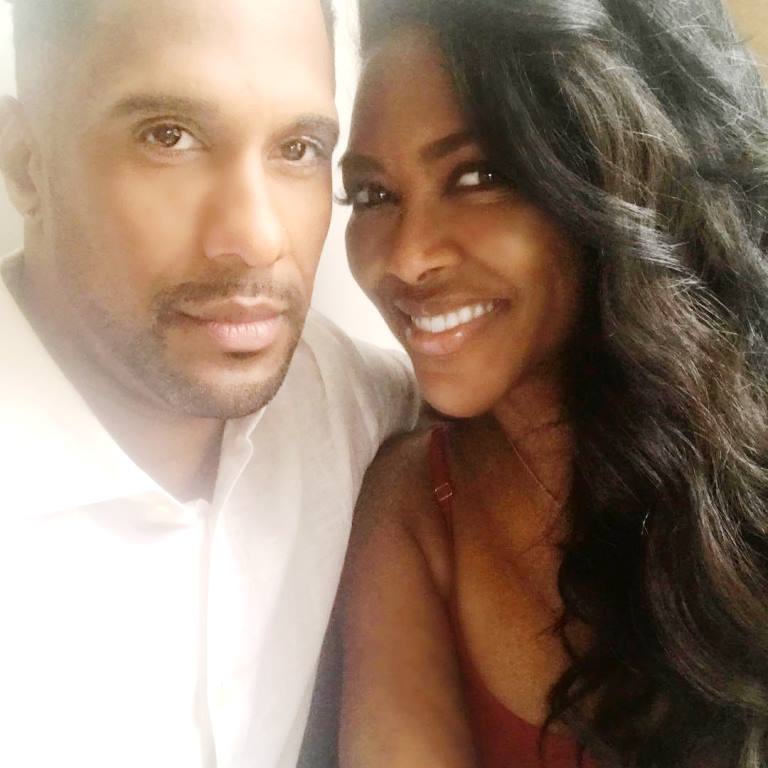 Filming is currently underway for the 10th season of the Real Housewives of Atlanta, and according to a new report there is already a ton of drama!

So it’s not surprising to find out that Kenya Moore is at the center of it all with a report stating she recently had an ugly confrontation with some of her costars who continue to question the validity of her marriage. If you recall, Kenya secretly wed businessman Marc Daly back in June at a destination wedding in St. Lucia. END_OF_DOCUMENT_TOKEN_TO_BE_REPLACED 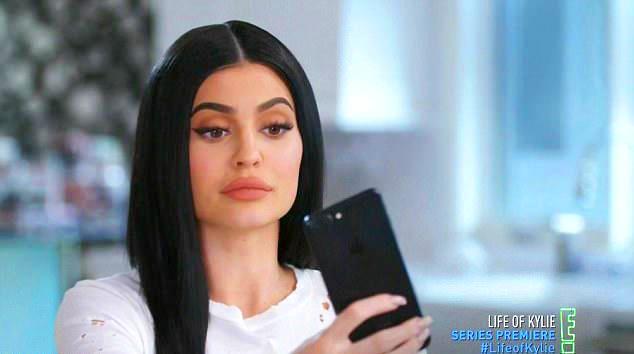 Three weeks after the dull reality show debuted on the E! network to lackluster reviews and awful ratings, we can now report that the ratings have sunk even lower. END_OF_DOCUMENT_TOKEN_TO_BE_REPLACED 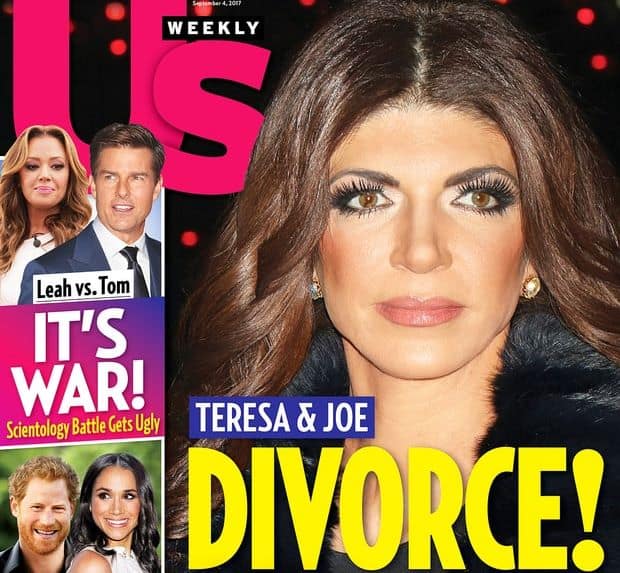 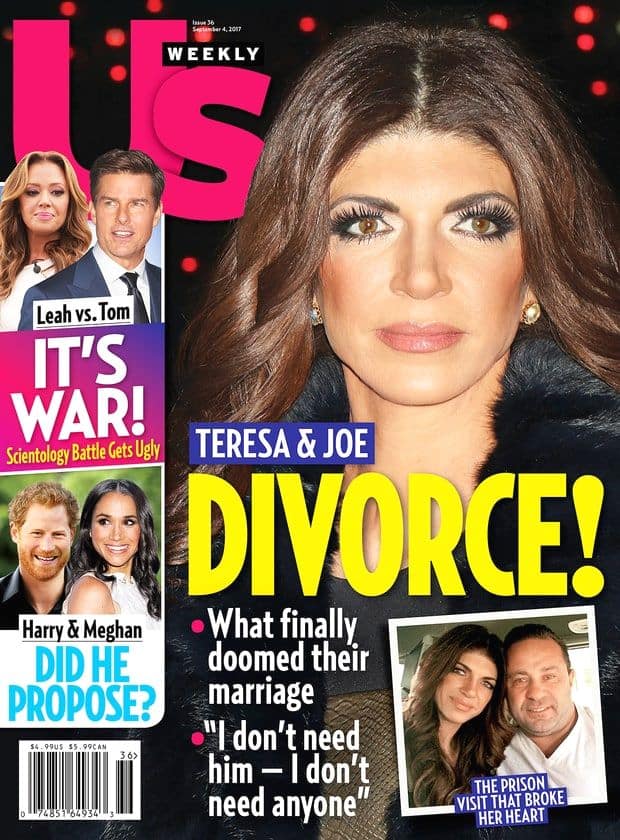 Oh boy as a new report is stating a divorce might be on the horizon for Teresa Giudice and incarcerated husband Joe Giudice.

The latest issue of Us Weekly magazine is reporting that the marriage might already be over for the infamous Real Housewives of New Jersey couple. END_OF_DOCUMENT_TOKEN_TO_BE_REPLACED 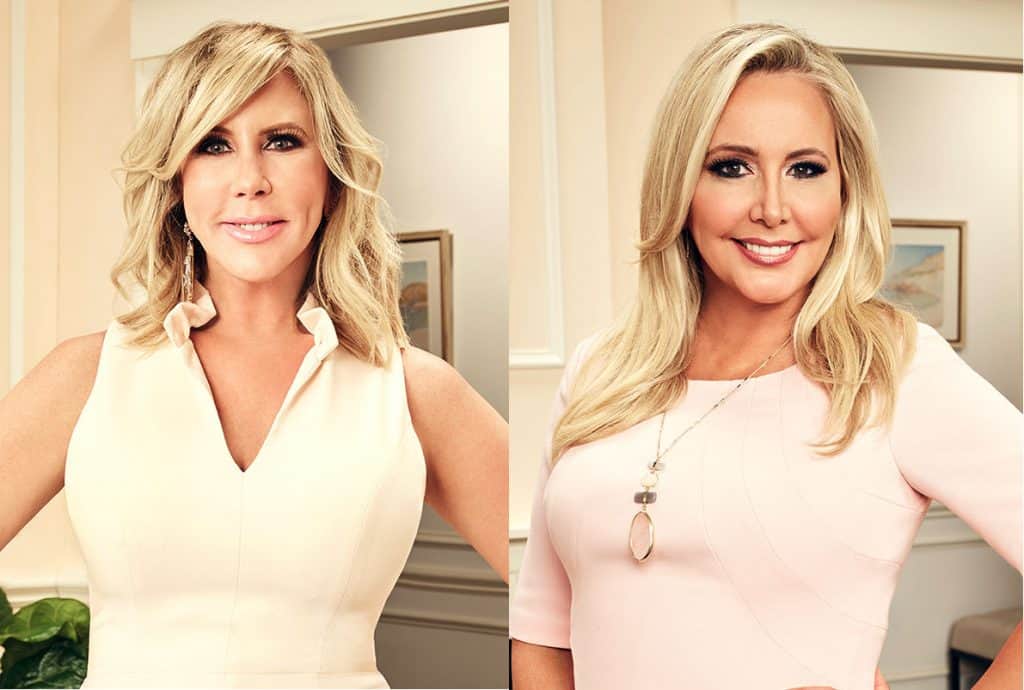 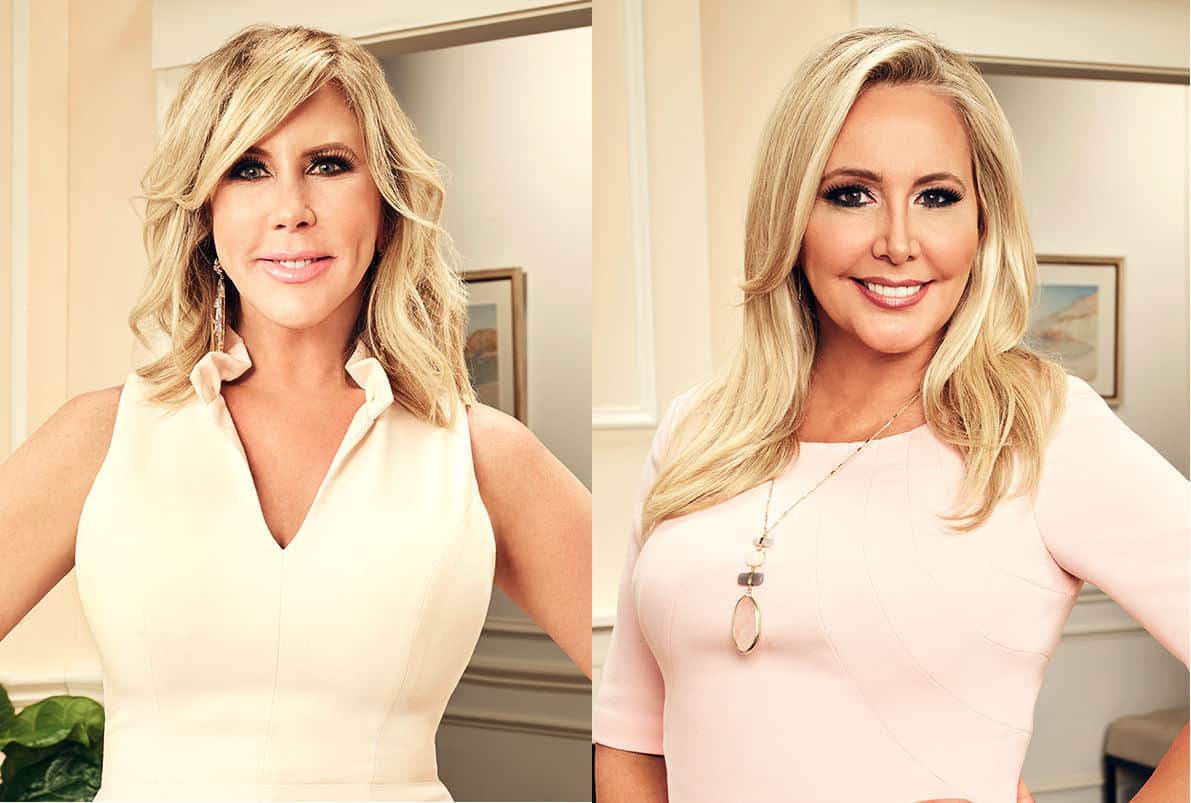 In today’s seriously are we back in high school news, Vicki Gunvalson is hurt and continues to lash out at her Real Housewives of Orange County costars and former friends!

Just days after she posted some mean spirited rumors about Tamra Judge’s husband Eddie Judge in her Bravo blog (Bravo had to delete those comments), she is now moving on to a new target aka Shannon Beador! 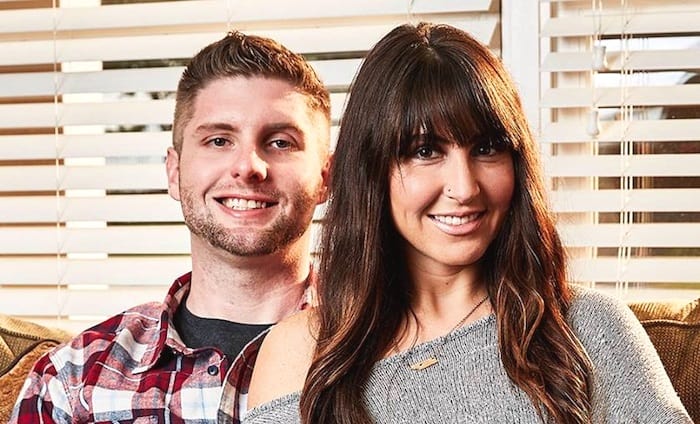 Sad news to report today as Married at First Sight couple Cody Knapek and Danielle DeGroot are getting a divorce after a year of marriage.

Danielle shared the news with fans via her Instagram page.

She wrote, “It hasn’t been an easy year, but it has been one of a lot of personal growth and of meeting some amazing people, including the one I got to marry. We value and respect marriage, but life is short and we also value happiness. While this was a difficult decision and divorce is not something either of us hoped for, we decided we will be happiest separating.”

Danielle continued, “Still got nothin’ but love for @codyknapek ! Thank you to everyone who supported us on our journey! We hope you will be respectful and understanding of our decision. I went into #MAFS trusting that this was God’s or some greater power’s plan and I stand by that now. Still a big believer in love and looking forward to the future. ? ”

This news probably won’t come as a shock to MAFS fans as the couple revealed on the reunion show that they had still yet to consummate their marriage, over six months into it. This is mainly due to Danielle’s hesitation.

There is some good news for fans of the show as the other two couples The two other couples Sheila Downs and Nate Duhon and Anthony D’Amico and Ashley Petta are still together.

It hasn't been an easy year, but it has been one of a lot of personal growth and of meeting some amazing people, including the one I got to marry. We value and respect marriage, but life is short and we also value happiness. While this was a difficult decision and divorce is not something either of us hoped for, we decided we will be happiest separating. Still got nothin' but love for @codyknapek ! Thank you to everyone who supported us on our journey! We hope you will be respectful and understanding of our decision. I went into #MAFS trusting that this was God's or some greater power's plan and I stand by that now. Still a big believer in love and looking forward to the future. ? #marriedatfirstsight #mafs5 #lovestory #trumanshow #groundhogday #GOODVIBESONLY 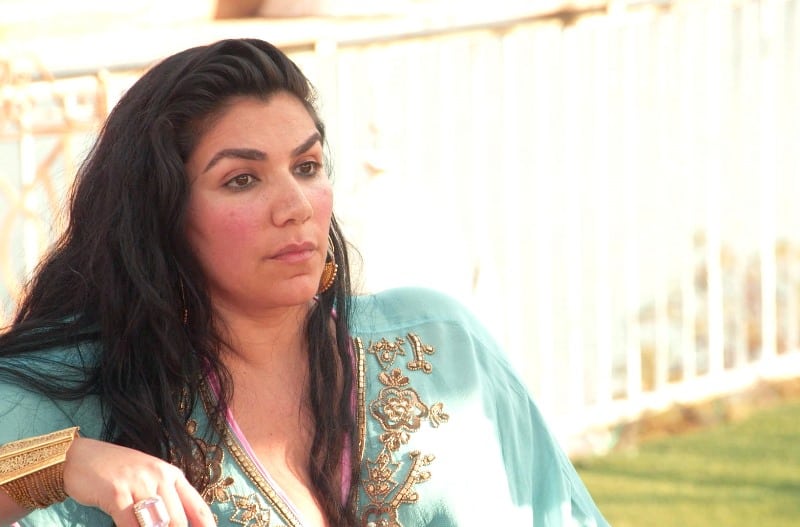 It seems there is always someone in the hot seat every season on Shahs of Sunset, and this season it’s Asa Soltan Rahmati’s turn!

On the most recent episode of the Bravo series, Asa, 40, was criticized by some of her costars, especially Mercedes ‘MJ’ Javid and Mike Shouhed, for choosing to keep some aspects of her life private. And then MJ took it a step further when she accused Asa of not conceiving naturally after finding out Asa had frozen some of her eggs years ago. END_OF_DOCUMENT_TOKEN_TO_BE_REPLACED