REPORT – Gigi and Bella Hadid are ‘Livid’ with Mom Yolanda Hadid Over Her Tell-All Book! 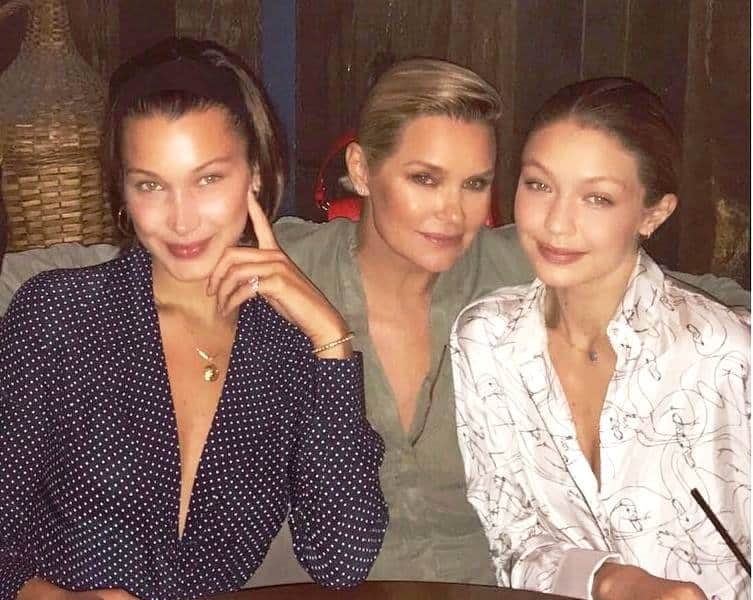 According to a report, Bella and Gigi Hadid are livid over their mother Yolanda Hadid’s new tell all book!

Yolanda, former Real Housewives of Beverly Hills star, recently released her memoir Believe Me: My Battle with the Invisible Disability of Lyme Disease

, during which she not only bashes her ex-husband David Foster by revealing he dumped her over the phone, but also dished on how her first husband Mohamed Hadid wasn’t able to be faithful to her during their marriage.

OK Magazine! is now reporting her model daughters are “infuriated” by some details in her book.

“The girls don’t understand why their mom would air all the family’s dirty laundry,” a source dishes. “Yolanda is sharing details of her marriage that her kids didn’t even know about and they feel heartbroken and embarrassed.”

One point of contention for the girls is that they take issue with Yolanda painting David as a bad guy as they still care about their former stepdad. Indeed Yolanda reveals David told her “your sick card is up” and states her Lyme disease illness played a role in his decision to divorce her. David has since denied this.

“Gigi is still very close to David and sees him as one of her biggest supporters,” explains an insider. “She can’t just forget how good he’s been to her over the years and that’s why she’s not ready to turn on him, even though Yolanda is guilt-tripping her over it.”

As for Bella, her issue isn’t so much about David but her Mom not moving on from the past.

“Bella just wishes her mom get on with her life and leave the past in the past,” the insider states. “She doesn’t understand why Yolanda is dwelling on the negative when she’s in a good place now. Why write something so toxic – for publicity?”

And while Bella and Gigi made an appearance at their mom’s New York City book signing following its September 12 release, they are not happy campers.  See the girls were initially supportive of the book… but that is until they knew all the details of it.

“Gigi and Bella are avoiding Yolanda’s calls, which has her worked up,” the insider adds. “She’s always had their backs and is shocked they’re not being more supportive given everything she’s been through. She wrote this memoir to help her move past her problems, and instead, it’s just left her with another mess.”

TELL US – WHAT DO YOU THINK OF GIGI & BELLA BEING UPSET OVER YOLANDA’S BOOK?