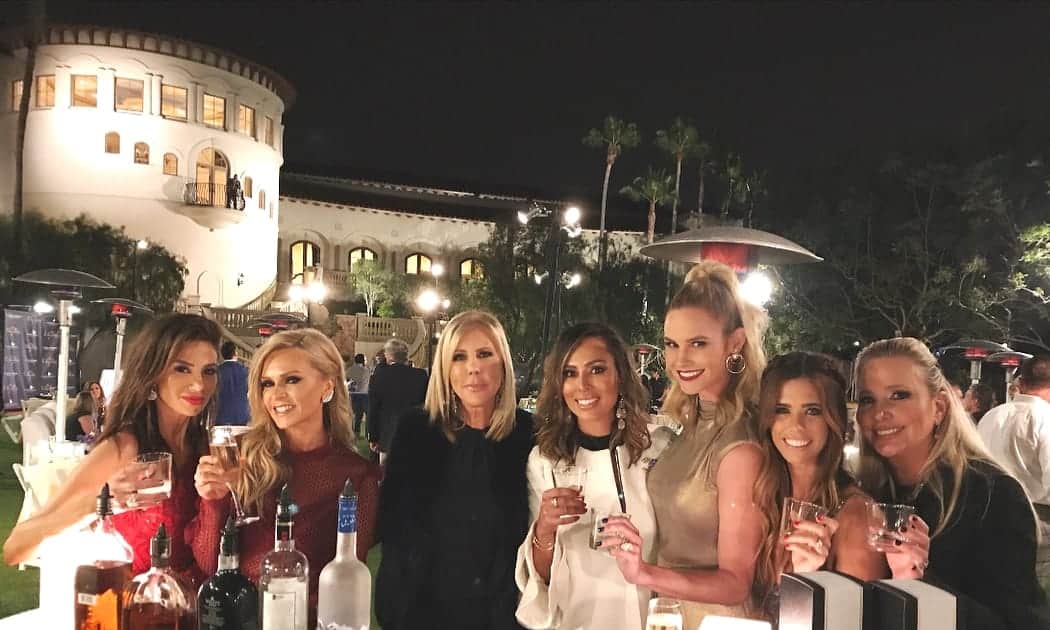 The Real Housewives of Orange County season 12 finale airs tonight on Bravo at 9/8c following a rather long season!

And then next week, Bravo will begin airing the RHOC reunion which filmed weeks ago. You can see those reunion photos here. So what can we expect from this reunion? For starters, there will be lots of apologies!

Radar Online reports the ladies began the reunion on a positive note as they all got along and apologized to each other.

“All of the ladies asked each other for forgiveness,” reveals a source.

But as usual, that didn’t last long as things reportedly got a bit ugly as filming went on. One surprising feud we can expect to see play out is between Vicki Gunvalson and Peggy Sulahian.

Apparently things have soured between the friends since filming ended on season 12, and sources state “Vicky pretty much let Peggy know that she’s done with the show.” That quote seems to imply that Vicki is part of the group of RHOC ladies wanting Bravo to fire Peggy. Ouch.

Kelly Dodd will also open up about her divorce to husband Michael Dodd, and Shannon Beador will inform her castmates about her decision to divorce David Beador as well. If you recall, Shannon announced the seperation the same day she filmed the reunion.

“Shannon broke down and apologized for sticking up for David after she revealed that they are divorcing,” an insider dished.

In other OC news, Peggy is speaking out against some of her castmates as she accuses them of bullying her! For reals.

First Peggy discusses her experience in doing the show. “[It was] very challenging,” she reveals to ET Online. “One percent of the time I enjoyed it. The other 99, I was trying to figure it out. But, it was a good experience, because I met the ladies and they’re nice women — when they’re not in front of the cameras.”

Okay. So the ladies are nice, except they’re not nice when there are no cameras around! Gotcha Peggy.

The topic then turns to bullying as Peggy believes she was bullied during the cast trip to Iceland.  “Everybody does it differently, I gotta say,” she states. “Everybody does it according to their personalities. Kelly [Dodd] was [the biggest].”

Peggy also reveals she takes offense to people saying she is difficult to understand!

“For them to say, ‘We don’t understand you,’ because I’m bilingual — Armenian is my primary language. So, if you want me to say anything in Armenian, I can tell you a lot of idioms, but I won’t insult you because you don’t know it,” Peggy says.  “Just because I’m raised here, I’m still Armenian.”

TELL US – THOUGHTS ON PEGGY’S INTERVIEW AND TONIGHT’S EPISODE OF THE RHOC?