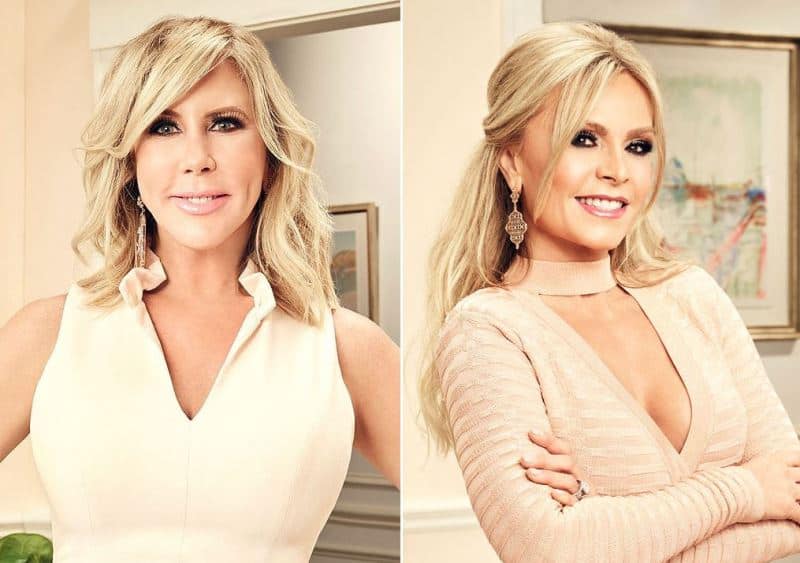 It’s that special time of the year for the Real Housewives of Orange County when the reunion is over and casting news and rumors run rampant!

It was reported days ago that Bravo had fired had fired Peggy Sulahian and Lydia McLaughlin, and invited back all of the remaining housewives including Vicki Gunvalson and Tamra Judge.

There is however one small issue. A new report by a reputable media outlet is stating both Vicki and Tamra are having second thoughts about returning next season!

RHOC viewers saw Vicki threatening to quit the show backstage at the recent reunion, and Page Six is now reporting she is still uncertain about returning next season following 11 years on the Bravo hit show.

“There have been quiet castings for new women,” an insider revealed. “The ‘Housewives’ franchise is thinking of new girls for the show and is asking around for new women for the next season. Vicki, 55. threatened to not come back at all if there’s a new cast.”

Indeed there have been reports that Bravo is currently casting for new women while also reportedly talking to Gretchen Rossi about a possible return. The casting news is however not much of a big deal as the network interviews women every year and can sometimes end up not hiring anyone new.

The source adds that Tamra, 50, “is also thinking of not coming back.”

No particular reason is given for Tamra’s uncertainty about returning but the article seems to imply her daughter Sidney Barney, who she is currently estranged from Tamra, might have to do with it.  Sidney has publicly stated that Tamra’s decision to air out their dirty laundry on the show played a big role in why she is no longer speaking to her mother.

I must say my first instinct in reading this article is that this might be a negotiating ploy by Tamra and Vicki to get more money from Bravo next season. They might have leaked this to the media in an attempt to show the network they are willing to walk away if their demands are not met. With that said, I can’t see these ladies walking away from the show on their own accord.

For starters, Tamra just bought a new $1.6 million home which seems unlikely for someone who is planning to walk away from their main bread and butter. Vicki and Tamra are rumored to earn $750,000 per seasons. As for Vicki, her fighting with her castmates Tamra and Shannon Beador was the reason she threatened to quit the show, but the ladies have since made up and even spoken since the reunion. With that said, one ever knows with these housewives so anything is possible!

TELL US -DO YOU THINK VICKI AND TAMRA COULD EVER WALK AWAY FROM THE SHOW?