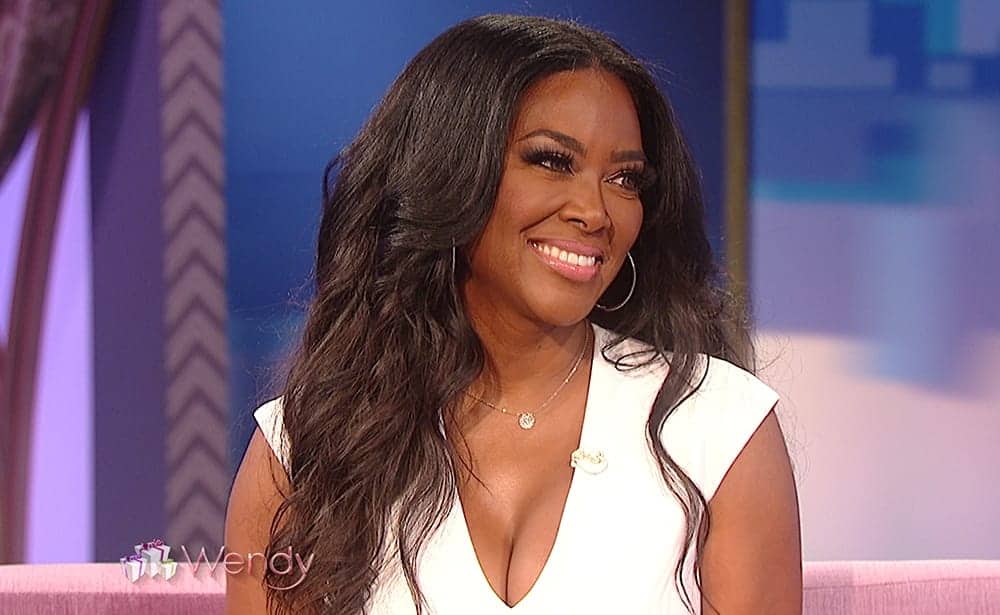 Especially following Kenya’s appearance this week on the Wendy Williams Show. The 46-year-old Bravo reality star didn’t hold back one bit as she slammed Kim and even took some shots at Kim’s husband Kroy Biermann.

First Kenya implied Kim, 39, is jealous of her when Wendy asked about their feud.

Kenya said, “I don’t know what her problem is with me…I mean, clearly I might have just something that she wants. I do still have my original face.”

She also threw some shade at Kroy, saying, “He wears makeup to match Kim’s makeup.”

When it came to the rumors that she is currently pregnant after undergoing IVF treatments, Kenya didn’t give a straight answer.

“I will say when I’m ready to say. We have been very upfront about wanting to have kids together,” said Kenya. “I’m not saying either way. I’m just saying when I’m able to say, I’ll be happy to tell the world.”

Another topic she addressed are the reports that Bravo has given her an ultimatum to either film with her husband Marc Daly or risk losing her job – something Kenya denied.

“They never gave me an ultimatum,” revealed Kenya. “I am the star of our relationship. He’s not camera shy. He just doesn’t want to be a part of that world. I think he’s open to supporting me in any way that he can. As a family, we just have to decide that together.”

Marlo Hampton was also on the receiving end of some shade by Kenya as she refused to talk about her, simply telling Wendy: “I have no idea who you’re talking about.”  You can check out the video of that interview below.

TELL US – THOUGHTS ON KENYA’S COMMENTS AND THE NEW EPISODE OF RHOA?