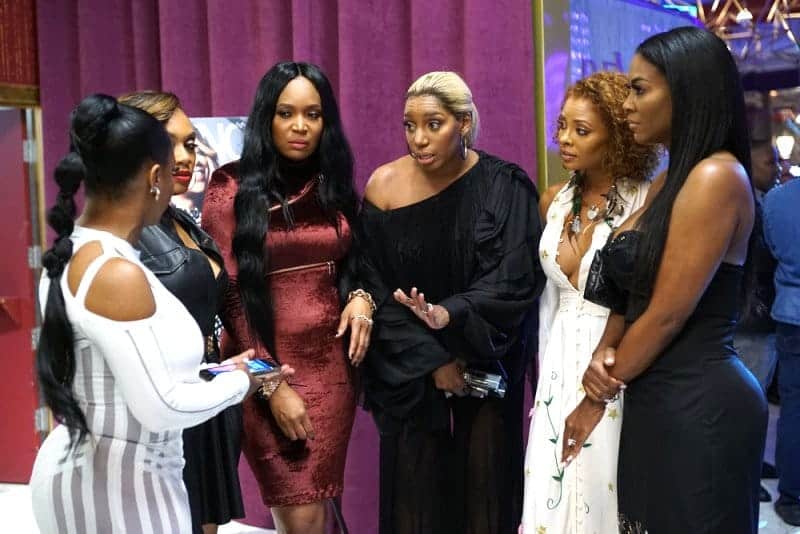 The Real Housewives of Atlanta mid-season 10 trailer is officially here and it proves the Atlanta ladies are just getting started when it comes to their drama filled season!

For starters, newbie and America’s Next Top Model winner Eva Marcille finally makes her appearance this season as a friend of the housewives, and it doesn’t take long for Eva to start getting into it with the cast, most notably Shamea Morton who proceeds to ask her about her rumored romance with a certain rapper.

We also see a preview of the Roach-Gate controversy involving Nene Leakes, Kim Zolciak, and Kim’s daughter Brielle Biermann. But Nene is not the only one Kim has issues with as she gets into an argument with Kandi Burruss as well.

Porsha Williams is shown having a breakdown, and getting into a fight with Marlo Hampton during the cast trip to Spain, Sheree Whitfield’s prison beau Tyrone Gilliams appears to make a threat to expose Nene, Eva accuses Cynthia Bailey’s man Will Jones of being cray cray, and the biggest shocker of all is what appears to be a surprise appearance by Kenya Moore’s camera shy husband Marc Daly!

Sounds like the best is yet to come when it comes to the current season of RHOA. You can see the RHOA mid-season trailer below –

TELL US – WHAT ARE YOUR THOUGHTS ON THE RHOA MID-SEASON TRAILER?