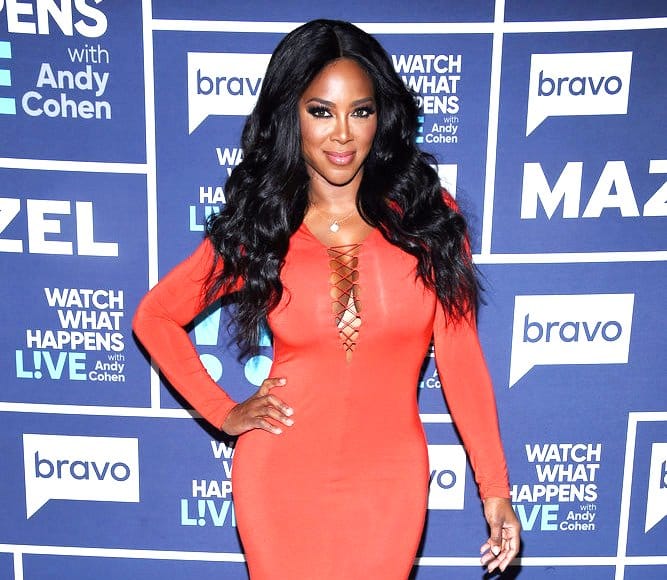 Real Housewives of Atlanta star Kenya Moore is finally responding to the backlash she’s receiving (and rightfully so) from Sunday night’s episode of the show.

Viewers saw Kenya display some rude behavior in Houston where she and some of her castmates headed to help out with the Hurricane Harvey recovery efforts. First Kenya was very dismissive of Shamea Morton who came to help her with her Habitat for Humanity event, and then she stormed out of the restaurant while dining with the other ladies, insulted her best friend Cynthia Bailey, and rolled up her car window in Cynthia’s face when she tried to reason with her.

Oh yeah, there was also the flipping off the Bravo cameras and cursing out her castmates off camera. So is Kenya apologizing for her behavior today? No! In a new post by Kenya, she praises her best friend Cynthia and acknowledges she was rude to Shamea BUT makes no apologies. She goes on to state she is not making excuses for her behavior… and then goes on to do just that when she blames editing and producers for bringing out the worst in her.

She also appears to be accusing the show’s producers on trying to make her look bad in an attempt to rehabilitate Porsha Williams’ image. Yikes.

“Thank you @cynthiabailey10 and @mal_bailey I know I was tough that day but you guys stayed focused. Getting that special needs child and her mom back into her home was our intent and not the Made for TV distractions thrown at us to make a positive situation negative to try to rehabilitate someone’s poor image.

Cameras never tell the FULL [email protected] is a true friend who NEVER blindly defends me. She is the toughest person I know and quick to put me in my place. She said I was being rude. She said “she didn’t see all that”. And FYI we all attended @porsha4real Last “event” after gutting our house in 100 degree weather just before it ended.

There is no excuse for me being rude to @shameamorton and we later talked at a more appropriate time. I appreciate her efforts. But the nonsense at that table you didn’t see or hear is what I reacted to. Certain people chastising and criticizing Cynthia for not being at certain “events” when NO ONE else would travel to support her.

People forcing a reaction and a scene for camera time… that’s what I reacted to.  Thank you to @habitatforhumanity whom I’ve always supported and have personally donated building materials and raised over $5k to help underprivileged families afford homes of their own.

A screenshot of Kenya’s post is below. Cynthia has yet to speak out on the latest episode. One can only imagine she was hurt to see her supposed best friend cursing at her and the other ladies.

The latest episode of RHOA also seems to shed new light on the reported conflict between Kenya and RHOA producers. It had been rumored for months now that things had gotten so bad behind the scenes, making it highly unlikely Kenya would be returning for another season following this one. 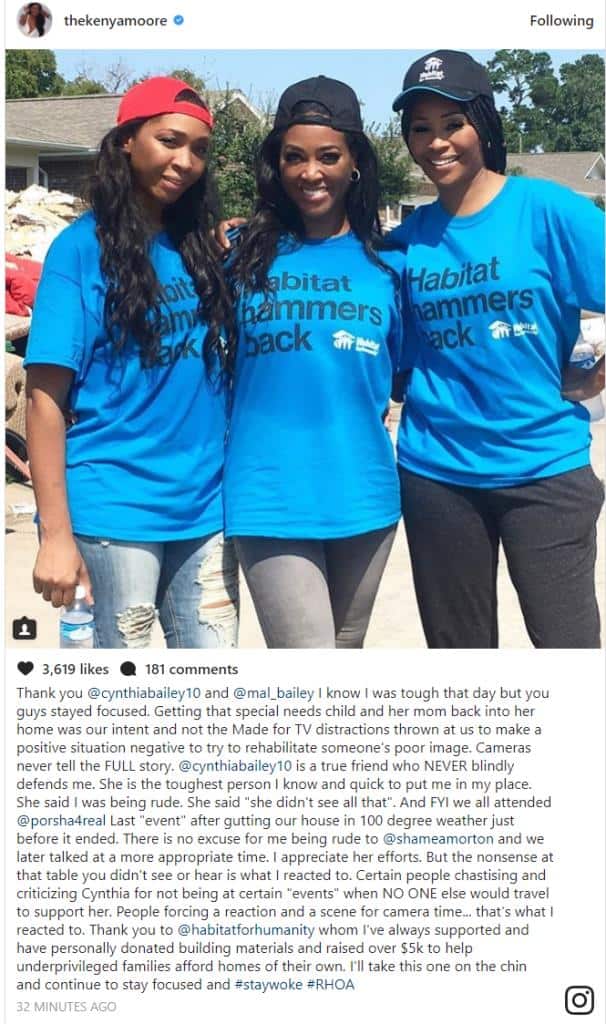 Below are some of the tweets slamming Kenya’s behavior – 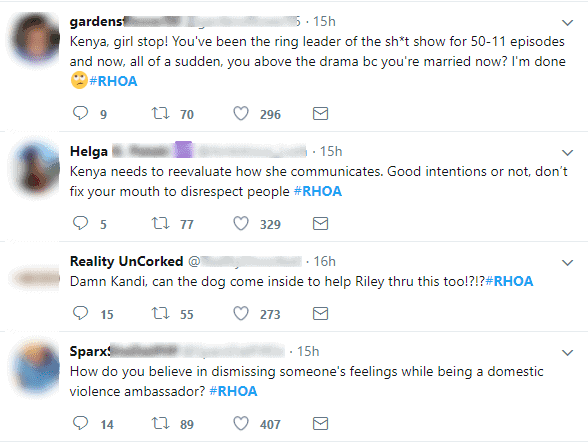 TELL US – THOUGHTS ON KENYA’S POST? WAS HER BEHAVIOR OUT OF LINE? OR UNDERSTANDABLE?