Married to Medicine’s Dr. Simone and Cecil Are Getting a Divorce, Simone Reveals What Led to Split 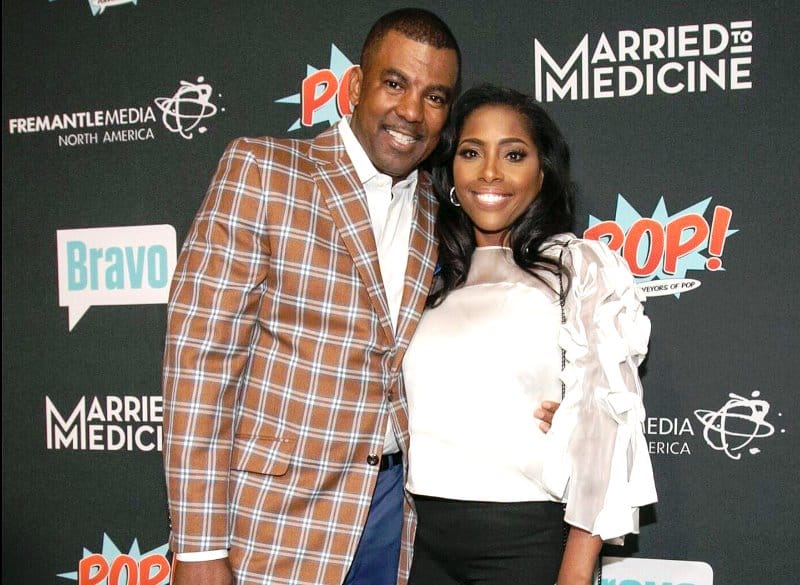 In today’s sad news, Married to Medicine star Dr. Simone Whitmore and husband Cecil Whitmore are getting a divorce after 21 years of marriage.

Dr. Simone broke the news today stating that she no longer felt loved in her marriage.

In an interview with PEOPLE on Thursday, Simone, 50, revealed their marriage took a turn for the worse about a month after she and Cecil, 51, dropped their son Miles, 19, off at college.

“Cecil and I had a disagreement,” she stated. “We were trying to talk through it — with sometimes tense, sometimes normal negotiations in process — and he woke up on Saturday morning, we had a blow-up. I knew that day that my marriage was over.”

The biggest shocker in this news however is the fact that Simone actually filed for divorce months ago in October 2017. The news is coming out today because the Married to Med cast is currently in New York filming their season 5 reunion. Simone reportedly broke the news to her castmates today during filming.

“There is no if here, there are no games. I am not pretending, I am done,” she shared. “I have reached a place where I am in a marriage where I do not feel loved and no sacrifices are being made for me to make me feel loved. I must move on.”

Viewers of the show have seen the couple struggle this season and even living in separate houses. They however started counseling and their relationship appeared to be making slight improvements in recent episodes. She however reveals things got worse once the season wrapped up filming.

“It looked like we were improving. The problem is we should have continued counseling, and we did not,” said Simone. “We let life take over. We were busy over the summer with basketball tournaments, traveling and getting Miles ready for college. We should have kept marital counseling as a priority, but we let the ball drop.”

The upside of this is that the divorce won’t be getting messy anytime soon as Simone shares she and Cecil remain “on very friendly terms,” and can “speak together and be around each other without any problems.”

She also shares that she has been getting a ton of support from her castmates Dr. Jackie Walters and Toya Bush-Harris. Dr. Jackie has also suffered her own marital breakdown on a national stage after her husband Curtis Berry was photographed out and about with his mistress last year. Jackie and Curtis however appear to have worked things out and recently attended a party together last month.

TELL US – ARE YOU SURPRISED BY SIMONE AND CECIL’S DIVORCE?