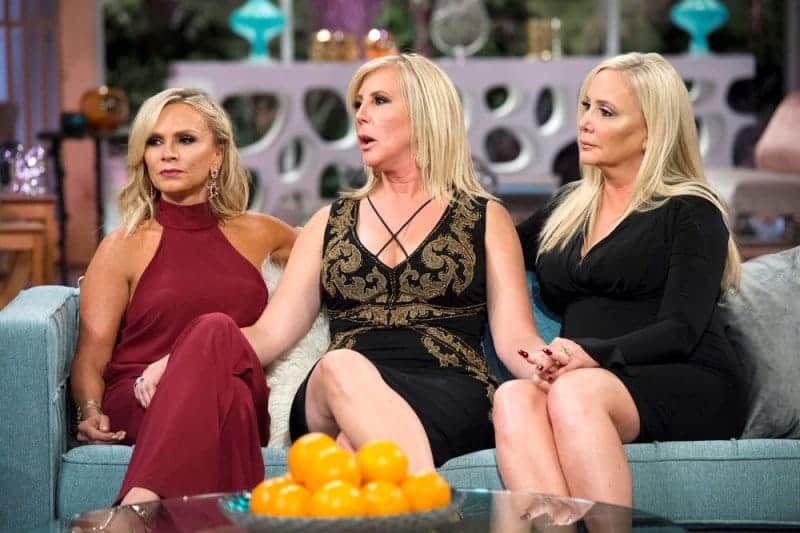 Tamra Judge and Vicki Gunvalson shocked viewers when they reconciled on the recent Real Housewives of Orange County reunion, after years of fighting. But is that reconciliation now in danger of falling apart?

According to a new report today, Tamra wasn’t too happy with some recent comments Vicki made about Meghan King Edmonds’ departure from the show.

If you recall, Meghan announced she was quitting the RHOC two weeks ago in order to focus on her family. Moments following Meghan’s announcement, Vicki did an interview in which she slammed Meghan, calling her a “pain” and a “troublemaker.”

Radar Online is now reporting that “Vicki’s talking bad about Meghan really set Tamra off, again.” A source adds that “Tamra will always stick up for Meghan because she didn’t feel the same way Vicki felt about her.”

So does this put the ladies’ renewed friendship in danger? Well that answer is no according to sources. In fact Tamra and Vicki are apparently forming some sort of alliance when it comes to casting for the new season.

“Vicki and Tamra are trying to recruit their friends to fill in the empty spots. They do not want an all new cast and would leave themselves if it weren’t for Kelly and Shannon,” reveals the insider.

Which brings us to the latest casting news for the RHOC season 13! Following the season 12 reunion, it was reported that Peggy Sulahian and Lydia McLaughlin were not expected to return. Add in the news of Meghan’s departure and that leaves three spots up for grabs.

Sources reveal that former cast members Gretchen Rossi and Heather Dubrow are currently in the running to fill those empty slots. Heather did an interview late last year and seemed open to the possibility of a return while Gretchen was reportedly in negotiations with producers for the upcoming season.

“As of this minute, they do not have anyone new selected,” dishes the source. “But there are a couple of options they’re exploring, such as bringing back Gretchen Rossi and Heather Dubrow.”

Bravo has also been known to ask back fired housewives to return when they are unable to find new women to bring on the show. It happened during the 8th season of the RHOC when Alexis Bellino was asked back after her replacement wasn’t working out. Alexis had announced months earlier that she quit the show though it was rumored Bravo had fired her. I mention this because while Peggy was a tad boring and not a good fit for the show, I can see the possibility of Bravo asking Lydia to return as she did bring some drama last season.

TELL US – WHICH RHOC HOUSEWIFE WOULD YOU LIKE TO SEE RETURN?