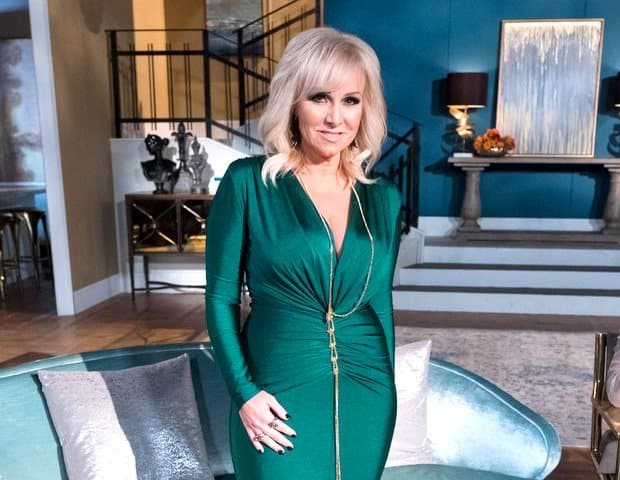 Margaret Josephs, of the Real Housewives of New Jersey stopped by The Domenick Nati Show yesterday, and answered some of the burning questions that have been on viewers’ minds since the reunion earlier this year.

In the interview, Margaret discusses the multiple reports stating the RHONJ might be getting cancelled by Bravo, talks her archrival Siggy Flicker, and also responds to the recent news that she reportedly owes almost $200K in back taxes.

First of all, breathe easy, fans. Despite recent rumors to the contrary, Margaret said that the eight season of the Real Housewives of New Jersey was NOT the last!

“[RHONJ] is not in jeopardy of being cancelled, but we did not start filming yet,” said Margaret. “But we will be filming soon. So not to worry, we are definitely coming back.”

When the ladies do start filming season 10, Siggy will not be joining them. As you can imagine, this suits Margaret just fine. According to her, “the time has passed” for the two of them to have a friendship.

Margaret is then asked if she thinks Siggy will remain relevant following her departure from the RHONJ.

“It’s the last America will ever hear from her,” said Margaret laughing, while adding that “if [Siggy] hasn’t, she should,” retire from the public eye.

When asked who her least favorite housewife is, the answer was pretty obvious! “My least favorite obviously was Soggy Flicker, and I didn’t start out that way. I thought Siggy and I were going to get along so it’s unfortunate,” said Margaret. “Her apologies were really never genuine to me.”

The question remains, though, of Siggy’s replacement. Margaret’s not spilling THAT tea quite yet, but of all the housewives, in the world, there’s one she definitely doesn’t want to see in New Jersey: Dorit Kemsley, of the Beverly Hills franchise. Margaret said that while she “likes her style”, Dorit has a tendency to “talk out of both sides of her mouth”.

Margaret also addressed rumors that she and her husband, Joe Benigno, were in jeopardy of losing their home due as it was recently reported they owe $197,000 in back taxes. Margaret said their tax debt is being misreported and despite a hefty lawsuit against her business, their finances are just fine, thank you.

“Years ago in 2012, I definitely had a very big tax bill. That’s when that tax bill was from, and we had a payment plan and we’re paying it all along,” said Margaret.  “Our taxes are current and we’ve always been paying them,” she added, going on to blame her financial issues on the “horrible lawsuit” against her company.

Margaret was also happy to report that she’s as tight as ever with Danielle Staub, Teresa Giudice, and Melissa Gorga, and that they’re all going to be involved in Danielle’s lavish upcoming wedding.

Hurry back, ladies. We miss you already!

Margaret’s interview is below –