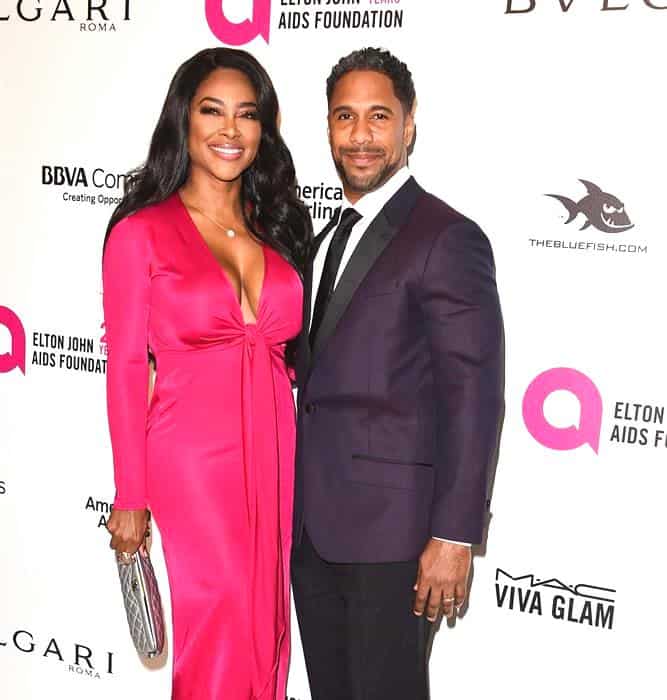 It gets even better as Marc also gave out his first ever interview, during which he opened up about falling in love with Kenya, responded to the attacks by some of the RHOA ladies claiming he’s not real, and also revealed whether or not he will make an appearance on the Bravo hit show.

In an interview with ET Online (the video is below), Marc, a businessman and restaurateur, revealed how he knew Kenya was the one.

Kenya, 47, also echoed Marc’s comments saying she knew he was the one during their first date.

“I knew the first day. I remember calling Cynthia [Bailey] from the show, and was like, ‘I just met my husband.’ It was that kind of chemistry,” she said.

Marc is then asked how he feels about some of Kenya’s RHOA castmates claiming he isn’t real.

“Honestly, I just laugh at it,” he said about the rumors that he’s fake. “I know I’m real, and she knows I’m real and that’s all that matters.”

So can RHOA viewers expect to see Marc on the show this season? “You may get a sneak peak of [me],” he teased. “That’s all I’m going to say.”

Marc also shut down reports that he refused to film for the show. “I never said that I refused to be on the show,” he added.

As for Kenya, she once again denied the reports that she had been fired by Bravo.

“I can’t be fired, so that’s not true,” stated Kenya, shutting down those rumors she will be replaced by Kim Zolciak or Eva Marcille next season.

Marc, who owns the popular SoCo restaurant in NYC, and Kenya met in late 2016 after being introduced by Bravo’s Chef Roble Ali. The two eloped back in June of 2017 and tied the knot on a romantic beach in St. Lucia.