Home Teen Mom Kailyn Lowry Says She and Leah Messer ‘Want To Throw Hands’ at Jenelle Evans During Teen Mom 2 Reunion: ‘Keep Her Away From Us!’

Kailyn Lowry Says She and Leah Messer ‘Want To Throw Hands’ at Jenelle Evans During Teen Mom 2 Reunion: ‘Keep Her Away From Us!’ 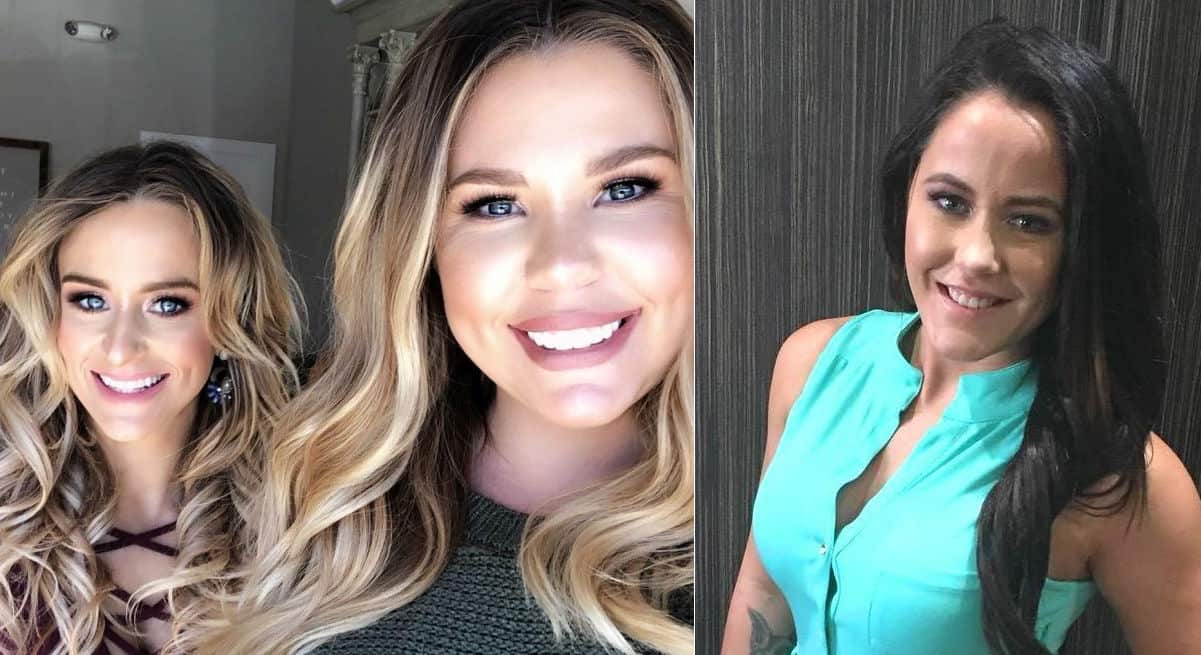 Kailyn Lowry is not confident that she and Leah Messer will be able to hold it together when they come face-to-face with Jenelle Evans during next month’s taping of the Teen Mom 2 reunion special.

During an episode of Coffee Convos days ago, Kailyn admitted that she and Leah will likely want to get physical with Jenelle due to the mean things she and her husband, David Eason, have been saying about them in recent weeks.

“We have a reunion next month. I don’t know what the hell is going to happen,” Kailyn explained to her co-host, Lindsie Chrisley. “I don’t know if they’re going to have to separate us. I don’t know how Leah and I can sit in the same room as Jenelle.”

“It’s not drama between the cast mates,” she continued. “You’re talking about our children. At that point, Leah and I probably want to throw hands… Just keep her away from us.”

Earlier this month, Jenelle’s husband sparked a feud between the cast when he called out Leah’s parenting on Instagram. As Teen Mom 2 fans may have seen, David left a comment on a photo shared by Leah of her eight-year-old daughter, Aleeah, who was wearing very heavy makeup during a cheerleading competition.

According to David, the makeup was a bit much and he questioned whether her father, Corey Simms, would approve. However, as many fans pointed out, David’s oldest child, daughter Maryssa, is also a cheerleader and frequently wears heavy makeup to her competitions.

Her makeup kinda looks like this girls makeup… pic.twitter.com/BeclxZef6J

“[David] take that energy you have on IG & put it towards something else like…. your own kids…,” she wrote.

Kailyn continued her rant against David on her podcast.

“David, you are a grown man! You’re commenting on someone else’s children that have nothing to do with you. They live in a different state and their lives don’t affect your lives,” she said. “Do not bring someone’s kids into it. I don’t talk about [Jenelle’s] kids, Leah doesn’t talk about her kids. Nobody talks about Jenelle and David’s kids so why are you talking about our kids?”

“David needs to shut the f**k up,” Kailyn added.

Following the online feud between Kailyn, Leah, and David, Jenelle took to her Instagram story and went on her own rant against her co-stars.

“No, he didn’t have to go onto her Instagram and comment on it but you know what? He did and, I mean, what are you going to do about it?” Jenelle continued. “I’m so sorry if my husband got on your account and commented on Instagram. Maybe you should block him or delete him. Then you wouldn’t see his comments anymore. Problem solved.”

Jenelle also targeted Kailyn’s weight during her social media rant and nicknamed her “The Hulk.”