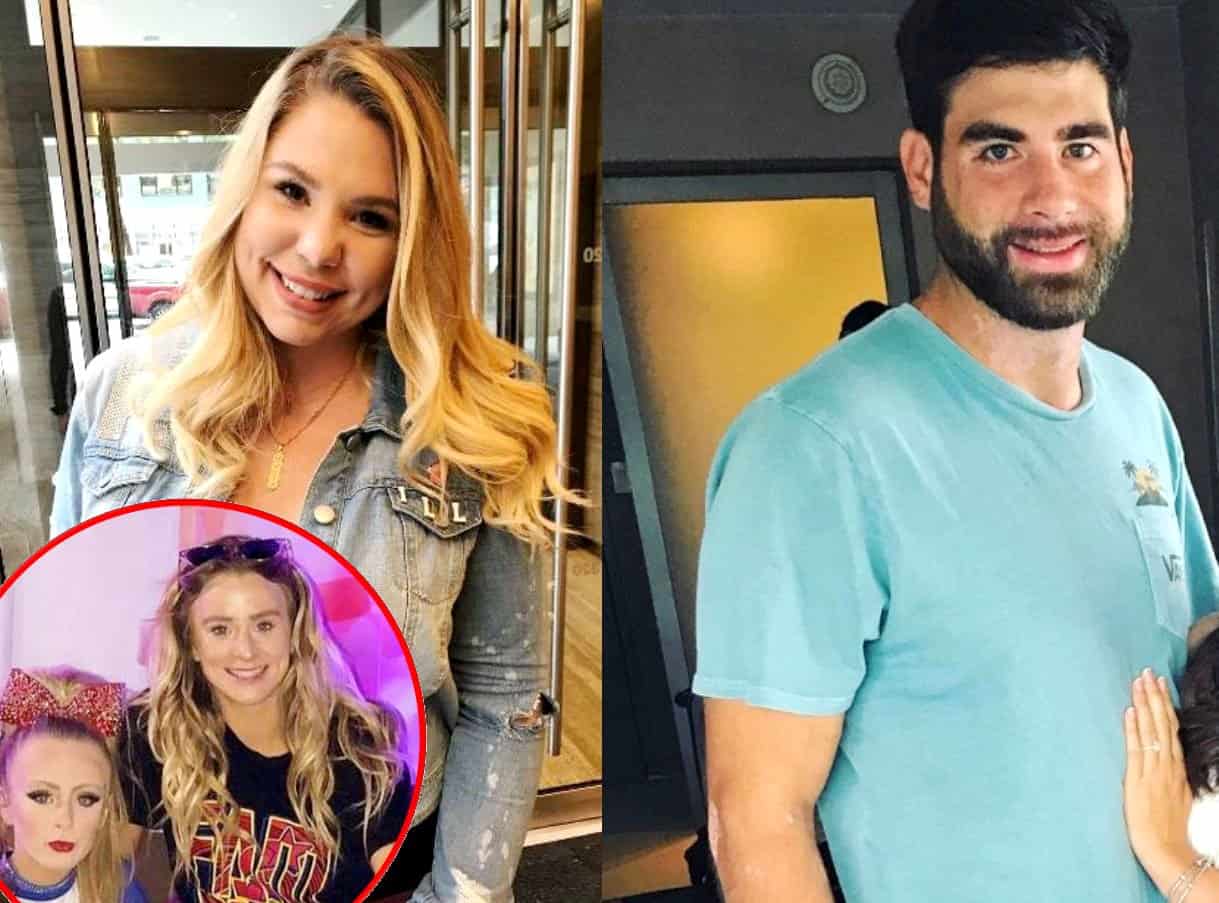 Kailyn Lowry isn’t happy to see that her former Teen Mom 2 co-star, David Eason, recently took aim at Leah Messer‘s parenting choices and she is firing back at him.

Although Jenelle Evans‘ husband of the past several months was fired from Teen Mom 2 nearly two months ago, his drama with the cast is far from over and after his latest spat with Leah, he’s facing the wrath of Kailyn.

The drama started after David shared his thoughts on a photo Leah posted of herself and her eight-year-old twin daughters, Ali and Aleeah. As followers of Leah may have seen, the mother of three shared an image days ago from one of Aleeah’s cheerleading competitions and in the comments section of her post, David called her out for allowing her child to wear heavy makeup.

“I can’t believe Cory would allow her to wear that much makeup on her face,” David wrote in the captured screenshot below. “She just probably didn’t ask him if it was OK first,” he added. “I doubt he would allow that.” 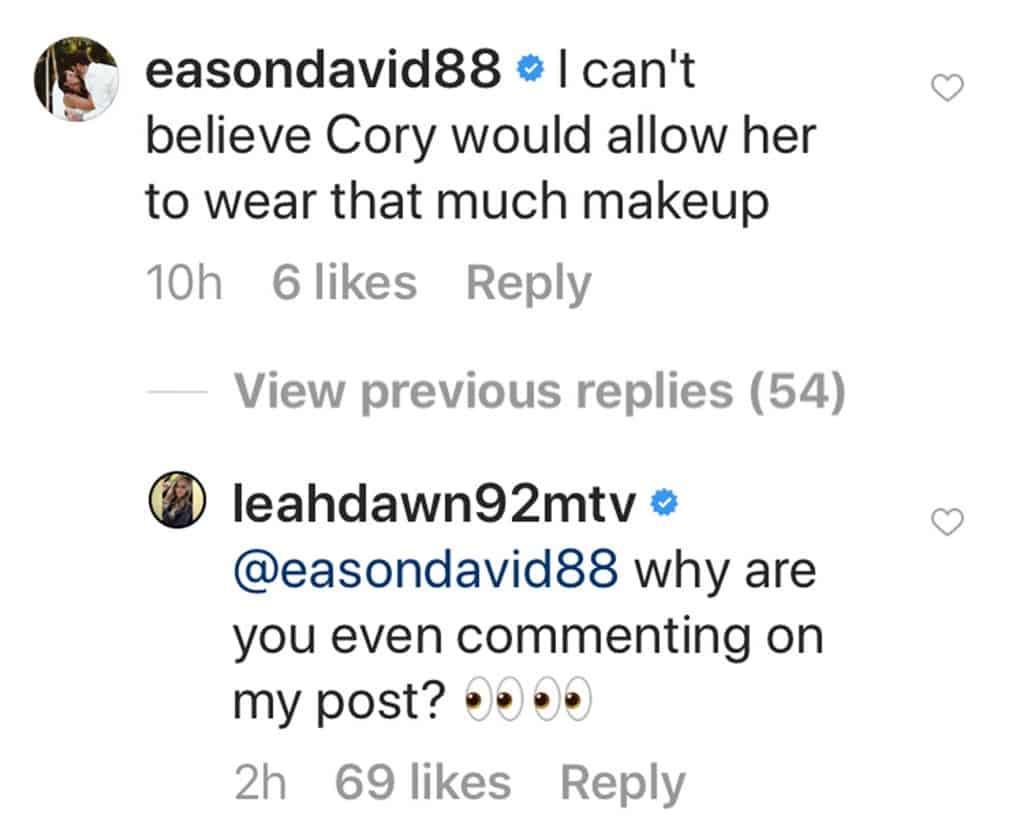 This led to Kailyn slamming David on Twitter.  Kailyn wrote: “David, take that energy you have on IG & put it towards something else like…. your own kids…”

David then responded to Kailyn by tweeting, “I’m too busy putting my energy into spending Jenelles money and only paying attention to the golden children while the others starve! It’s also takes a lot of energy to stalk all y’alls pages like I do. Why do you have to be so much better?! You force us to lash out!” 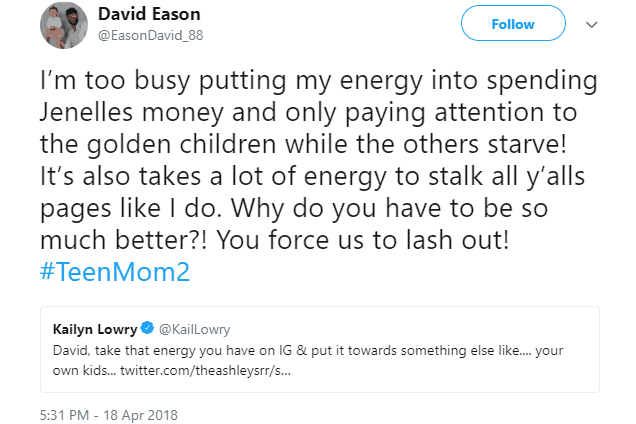 In response to David’s comment regarding Leah’s parenting, a number of Leah’s fans and followers came to her defense.

“Maybe Corey isn’t a control freak like you,” one person said.

“This comment just proves how controlling you are,” another replied. “Leah is her parent too. She doesn’t need his permission, especially for makeup.”

As for Leah, she asked David, “Why are you even commenting on my post?”

After Kailyn called out David for his comment on Twitter, another Twitter user pointed out that David’s own daughter, Maryssa, is often seen with makeup at her own cheerleading competitions.

Her makeup kinda looks like this girls makeup… pic.twitter.com/BeclxZef6J

At least it's not as bad as this makeup… pic.twitter.com/JzSCROtuay

This isn’t the first time the tension between David and his Teen Mom 2 co-stars has been evident. Earlier this year, after MTV confirmed they had fired David after his rant against the LGBT community on Twitter, both Leah and Kailyn spoke out against him following his firing.

TELL US – IS DAVID OUT OF LINE FOR HIS COMMENTS?