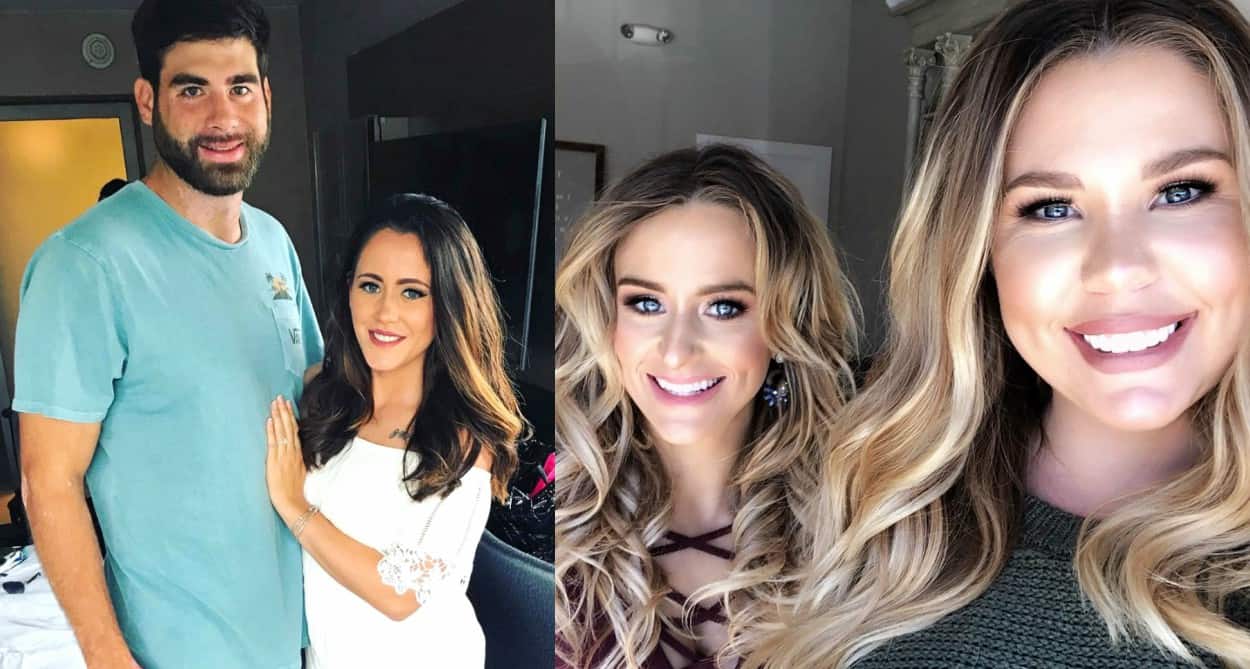 Jenelle Evans took to her Snapchat account this week in an effort to defend her husband, David Eason, who recently slammed Leah Messer‘s parenting choices on Instagram.

In her short clip, the Teen Mom 2 star slammed Leah for talking “sh*t” on Kailyn Lowry‘s podcast and her Snapchat account and seemingly excused her husband’s behavior by using the “she did it first” mentality — all while using a puppy filter.

“So, David, you know just decided to comment on it. No, he didn’t have to go onto her Instagram and comment on it but you know what? He did and, I mean, what are you going to do about it?” Jenelle continued.

Jenelle then blamed Leah for a bevy of not-so-nice articles being written about her controversial husband.

David was fired from Teen Mom 2 in February after going on a homophobic rant on his now-deleted Twitter page.

“I’m so sorry if my husband got on your account and commented on Instagram. Maybe you should block him or delete him. Then you wouldn’t see his comments anymore. Problem solved,” she added.

In response to Jenelle’s statements, Kailyn took to Twitter, where she pointed out that Jenelle has made some horrible comments about her in the past.

“The reunion was a mess!” Messer said during the show. “My friend [who went with me] was terrified [after David pulled out a knife]. She was right there and she thought one of the producers was going to get stabbed in the face, which is not OK!”

“I don’t even remember if [David was mad] because they were not serving any more alcohol or…but we were there for work!” Leah noted. “I mean, you can have a few drinks socially but, it’s not that appropriate.”