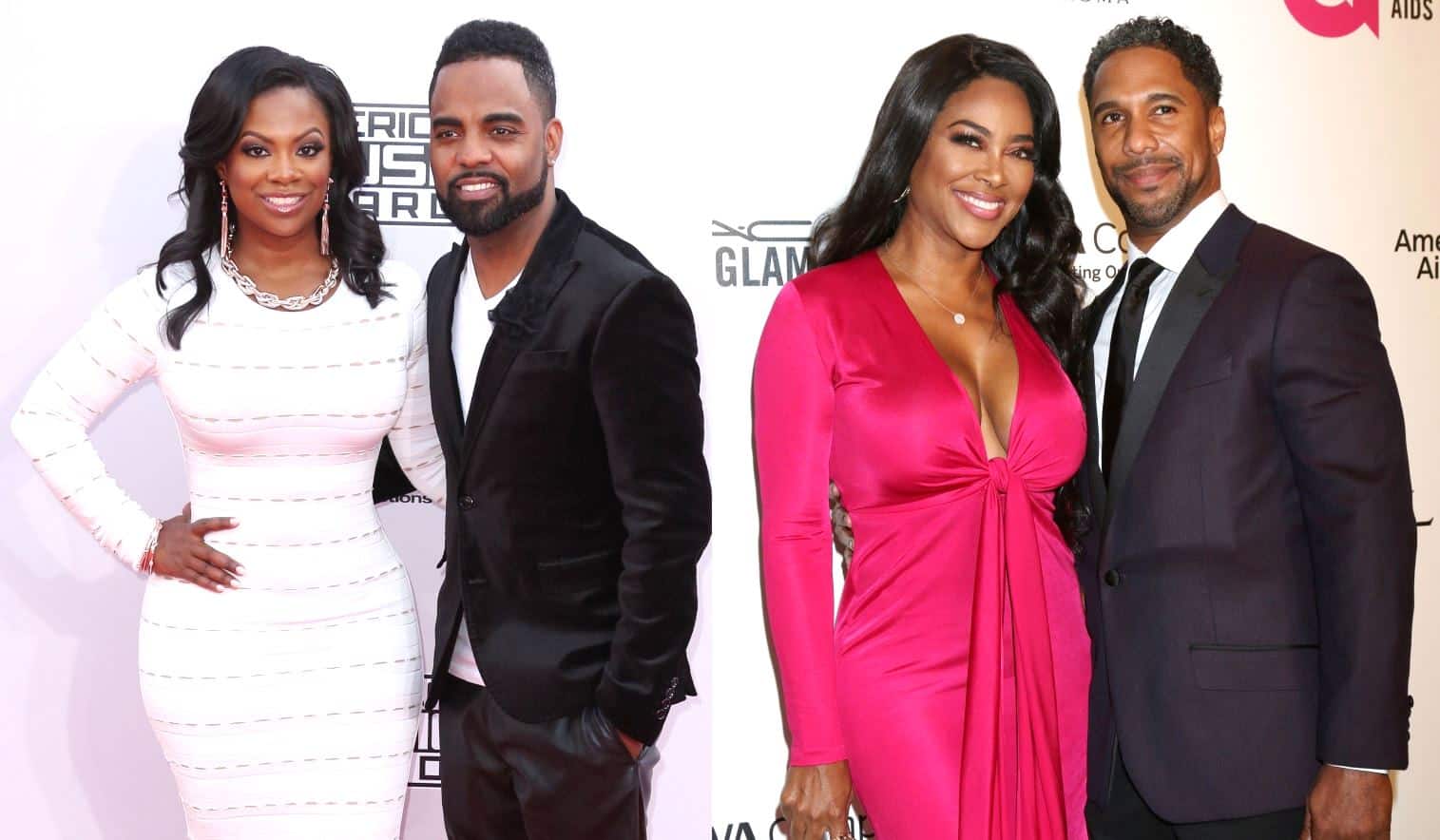 We’d like to send our heartfelt congratulations to Real Housewives of Atlanta stars, Kandi Burruss and Kenya Moore, who are both planning for exciting new additions later this year!

For Kandi and her husband, Todd Tucker, this means expanding their restaurant business with a second location of their soul food eatery, The Old Lady Gang.

Fans will recall watching the couple get the first location up and running last season, as an homage to Kandi’s mother, Joyce Jones, and her aunts, Bertha Jones and Nora Wilcox.

It was the families’ first foray into the restaurant business, but everything Kandi touches turns to gold, and before long, it became a go to spot for Atlanta foodies. Of course, the food isn’t bad either. The menu boasts plenty of succulent southern staples,  like shrimp and grits, fried chicken, and blackened salmon.

The Atlanta Journal-Constitution reports that no official opening date has been released for the new location, which will be located in Atlanta’s East Creek neighborhood.

While Kandi’s busy planning menus and hiring staff, her friend, Kenya will likely be shopping for strollers, and decorating a new nursery.

Kenya stunned cast mates and viewers during the season 10 reunion, when she announced that she and her new husband, Marc Daly, would soon be welcoming their first child!

Kenya was coy at first, only saying that the couple were “expecting a girl or boy before the end of the year.”  She’s spoken often about wanting children throughout her time on the show, but like many expectant mothers, didn’t want to give away too much too soon.

”It was the first thing (host, Andy Cohen) asked me, and I was really thrown off guard. The reunion usually goes on for 16 hours, so I figured it would come up. But not THAT fast! I felt stuck,” she explained to PEOPLE.

Since then, the former Miss USA has shared more details about her bundle of joy, revealing that the couple conceived via In Vitro Fertilization (IVF), and that she’s thrilled about becoming a mother.

”I’ve waited 47 years for this moment,” Kenya reflected. “I didn’t want to announce it too soon because I feel it’s very early on in our pregnancy. But I have suffered so much in my life when it comes to having a family around me. So, this is the day I’ve been waiting for my entire life. It’s a dream come true.”

And how did Kenya’s husband Marc react to the good news?

“He’s thrilled! He’s just so happy,” she raved. “He gave me a big hug and a kiss and then he started to just kind of make jokes. That’s just his personality. He’s a fun-loving, happy person.”

Well, it sounds like both Kandi and Kenya have quite a bit to look forward to in the coming months, and we certainly wish all the best to them and their families!