by Sola Delano May 15, 2018 23 comments
ShareTweetWhatsappPinterestRedditTumblrMailFlipboard 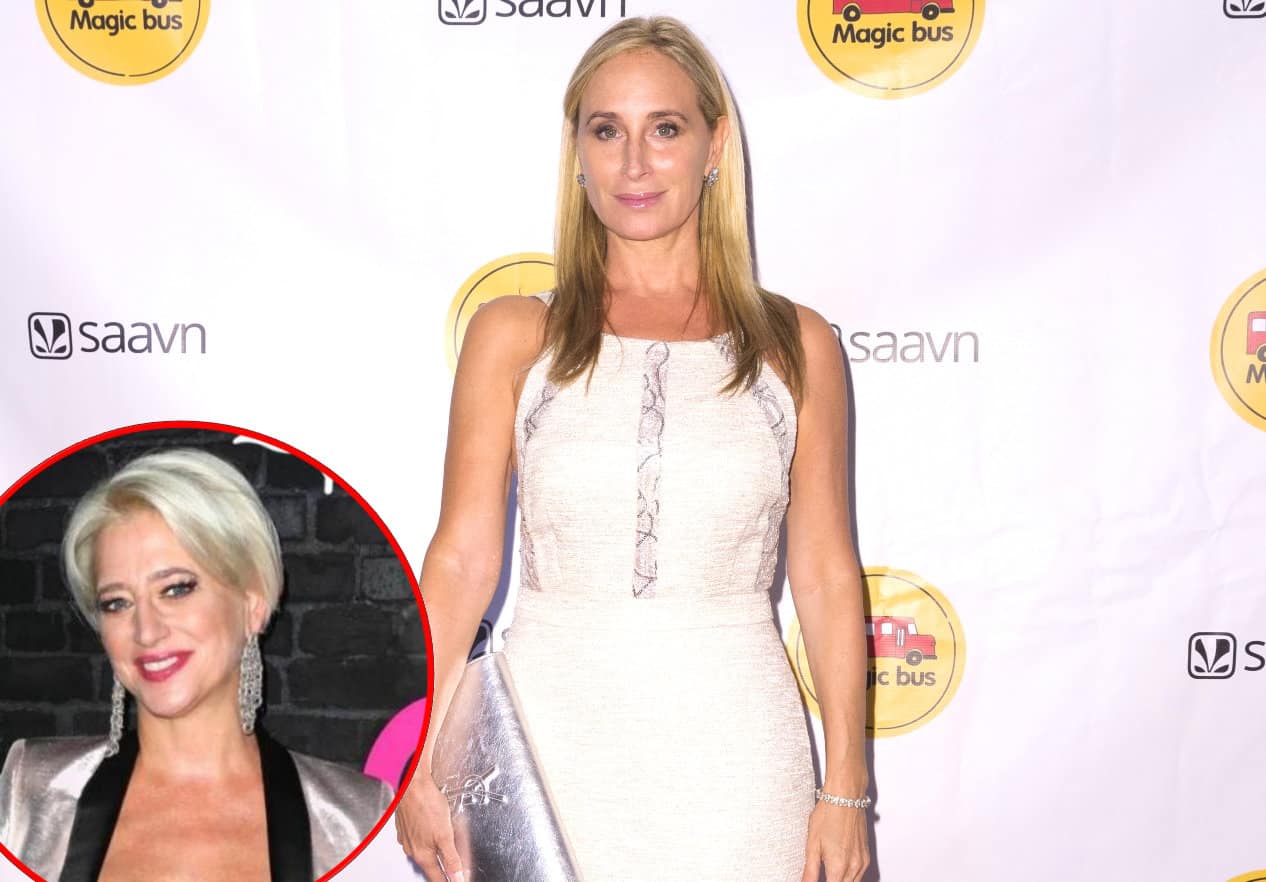 Continuing our series this week of Real Housewives of New York stars who live in glass houses, following in the footsteps of Luann de Lesseps, Sonja Morgan is now dishing out some advice for Dorinda Medley when it comes to her drinking!

In a new interview with Page Six, Sonja feels there is a simple way for Dorinda to confront her alleged drinking problem, after being called a “drunk” by Bethenny Frankel.

“Bethenny confronted me about my drinking binges. But the difference is when Bethenny came to me and talked to me about it, I reflected, went to a therapist, talked to my doctors, tested all my blood. I wanted to see do I have a problem?” shared Sonja. “And it came back ‘No, you don’t have a problem but you’re going through a lot. You need to talk to somebody.'”

Sonja continued, “The thing is when Bethenny confronted Dorinda, she’s like ‘I’m not a drunk! I don’t have a problem!’ That’s sometimes the first sign that you do have a problem when you don’t want to look at it.”

Sonja goes on to add that the only way for Dorinda to shut down the “drunk” label is to quit drinking. Okay, maybe she does have a valid point there!

“I did notice it and I was worried myself. So, what I did on the show to show people is to just quit!” advised Sonja. “Show people you don’t have a problem. They’ll stop talking.”

It is unknown how Dorinda will react to Sonja’s comments as she didn’t take too kindly to being criticized by her castmate Luann over her drinking, as Luann is still facing charges from attacking a police officer during a drunken rage.

The video of Sonja’s interview is below –

TELL US – DOES SONJA HAVE ANY ROOM TO ADVICE DORINDA?