UPDATE: Kyle Richards Is Not Invited to Paris Hilton’s Wedding Due to Feud With Sister Kathy Hilton?

by Lindsay Cronin May 17, 2018 19 comments
ShareTweetWhatsappPinterestRedditTumblrMailFlipboard 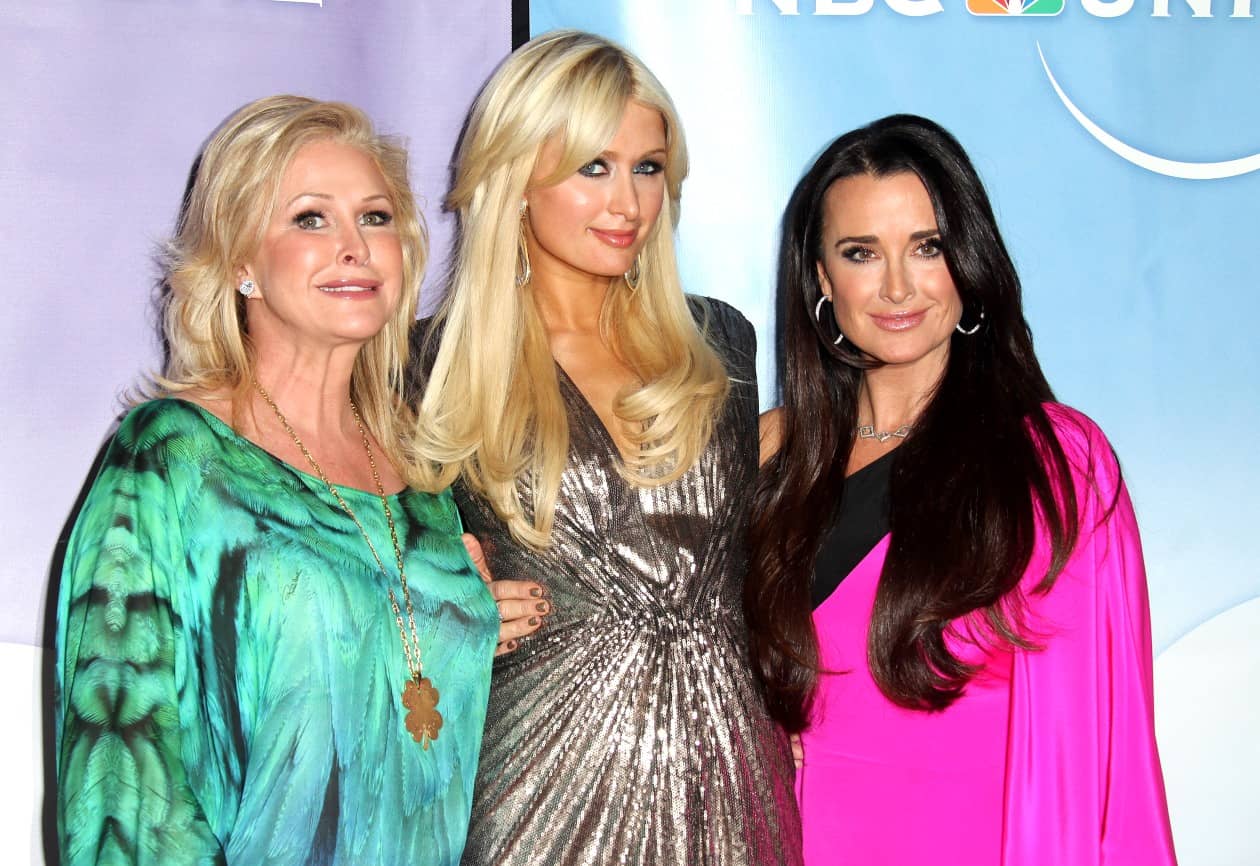 UPDATE: According to a new report by Radar Online, Kyle has been invited to the wedding and is expected to attend. The original story is below.

Paris Hilton and Chris Zylka are tying the knot at the end of this year but sadly, not all of her family will be present on her special day.

According to a new report, tensions remain high between Paris’ mother, Kathy Hilton, and her aunt, Kyle Richards, and because of the ongoing drama between them, Paris will reportedly be leaving the Real Housewives of Beverly Hills star off the guest list.

“Kyle is going to miss her niece’s wedding,” a source told Life & Style magazine on May 16. “Kathy has resentment about Kyle’s upcoming TV show, American Woman, which is inspired by the life of their mom.”

During the reunion special for the RHOBH earlier this month, Kyle admitted that she and Kathy haven’t spoken to one another for six months and said her new series was a point of contention between them. As she explained to her co-stars, she believes that her sister has the wrong idea about the show, which premieres on Paramount Network next month, and hopes Kathy will have a change of heart once she sees the final product herself.

“I think she’s going to look and say, ‘I read the situation wrong,'” Kyle explained. “And then we’ll go from there.”

“I told her all the time. I said, ‘I’m not sharing your stories or Kim’s — these are my own stories.’ And not only that, it’s a fictionalized version of our life, and our mom being a single mom in the ’70s is the jumping-off point,” she continued.

While Kyle and Kathy are at odds at the moment due to her upcoming series, the show isn’t the only thing they’ve feuded over. In fact, the two women were involved in a years-long feud when The Real Housewives of Beverly Hills began airing and during one particular episode, it was revealed that Kyle’s husband, Mauricio Umansky, may have prompted the family feud by leaving Kathy’s husband Rick’s real estate firm, Hilton and Hyland, to start his own competing brokerage, The Agency.