by Tiffany Brown May 29, 2018 22 comments
ShareTweetWhatsappPinterestRedditTumblrMailFlipboard 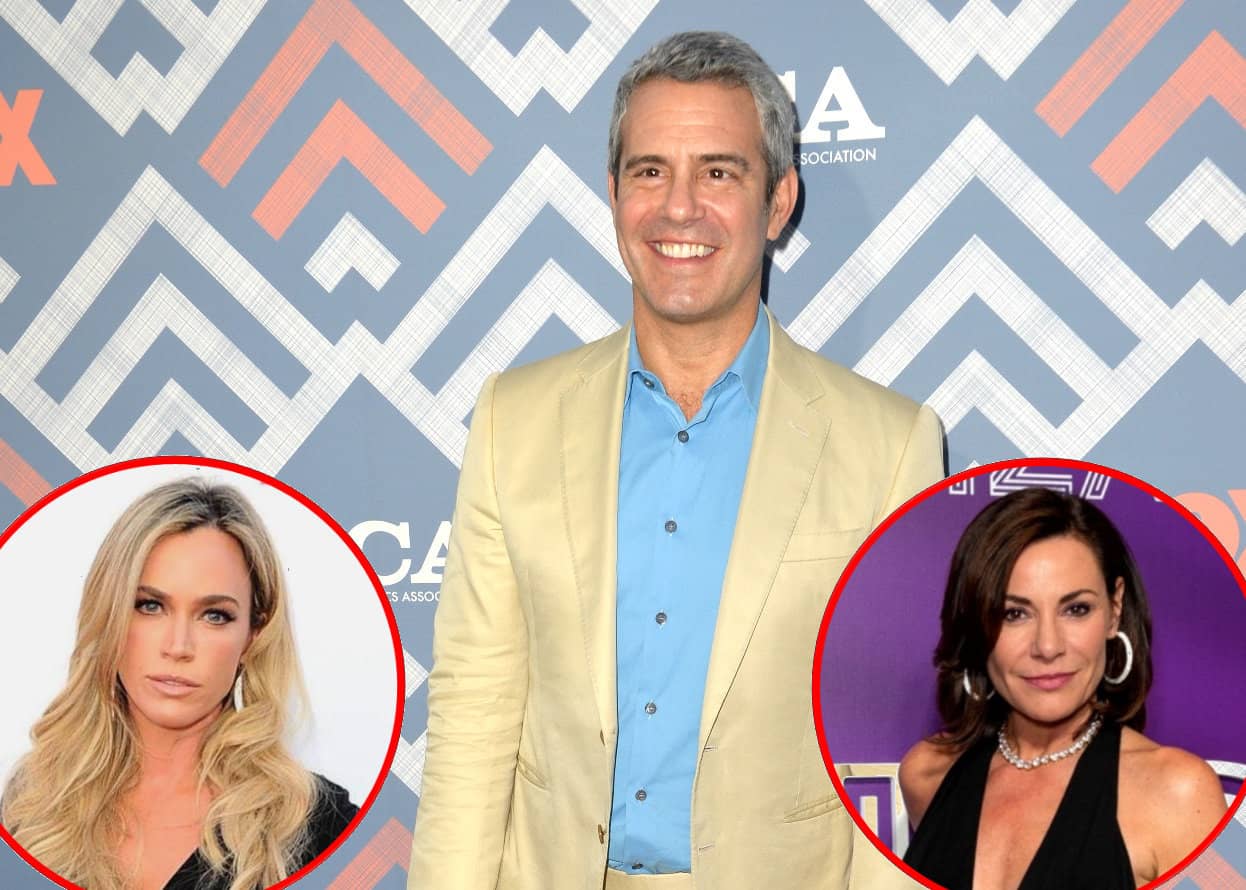 Real Housewives honcho, Andy Cohen, paid a visit to the ladies of The View this morning, and suddenly a show that had become bogged down by talk of immigration reform and midterm elections, was a whole lot more fun!

All of the ladies are big housewives fans, but it’s fair to say that co-host, Megan McCain, is obsessed! She’s close personal friends with Erika Jayne, of the Real Housewives of Beverly Hills franchise, a fact she brings up whenever possible, and even managed to become involved in a nasty public spat with Jayne’s nemesis, Teddi Mellencamp, after she called her “boring” during an appearance on “Watch What Happens Live” back in March.

Of course, she was eager to have Andy weigh in on the feud, but he expertly avoided taking sides in the beef, joking that it was “an HR issue.”

Andy did however stick up for Teddi, while also seemingly confirming she would be returning to the RHOBH next season after Meghan credited herself and Erika for getting “Teddi a second season” on the show.

“I think she maybe got herself a second season, with all due,” responded Andy.

With Meghan silenced (finally!), Andy plugged his newest project, which my fellow 80s babies will agree is sure to be a blast! He’ll be hosting a reboot of The Love Connection, a dating show that sends contestants on dates with 3 different suitors, who all return to dish about their dates, be they good, bad, or ugly.

As you can imagine, it’s hilarious, and the preview Andy brought along was proof enough for me that it will be worth watching. And the good news is, we don’t have to wait long…it premieres tonight at 9/8c on Fox!

Andy is also looking forward to his 50th birthday this summer, and said he’s feeling “grateful to be alive, healthy, and for the riches in his life.”

Now, as you know, whenever someone utters the word “birthday,” Luann De Lesseps manifests. It’s science. So, there she was, in full Marilyn Monroe regalia, to sing a breathy, and off key rendition of “Happy Birthday” to “Andy Baby,” who only just managed to avoid getting smothered by her gravity defying cleavage.

After she finished “singing,” Luann plugged her new cabaret act, “Countess and Friends,” and teased her dramatic upcoming story-line on The Real Housewives of New York!

ERIKA JAYNE REVEALS IF SHE’S RETURNING TO THE RHOBH!

Andy agreed that there would be “a lot of action” on the next episode, and that much of it would center around Luanne. I’ll give you a hint: “The Countess” is headed for the clink!

And we don’t have to wait long for that, either…the episode airs tomorrow night at 9/8c on Bravo!

TELL US – ARE YOU GLAD TEDDI’S RETURNING NEXT SEASON? THOUGHTS ON LUANN’S SINGING?