Home Vanderpump Rules Rob Valletta Responds to Scheana Marie’s TMI Revelation About Their Sex Life on Vanderpump Rules! Plus Scheana Reveals What She Learned from Mike Shay & Admits She and Rob May Get Back Together

Rob Valletta Responds to Scheana Marie’s TMI Revelation About Their Sex Life on Vanderpump Rules! Plus Scheana Reveals What She Learned from Mike Shay & Admits She and Rob May Get Back Together 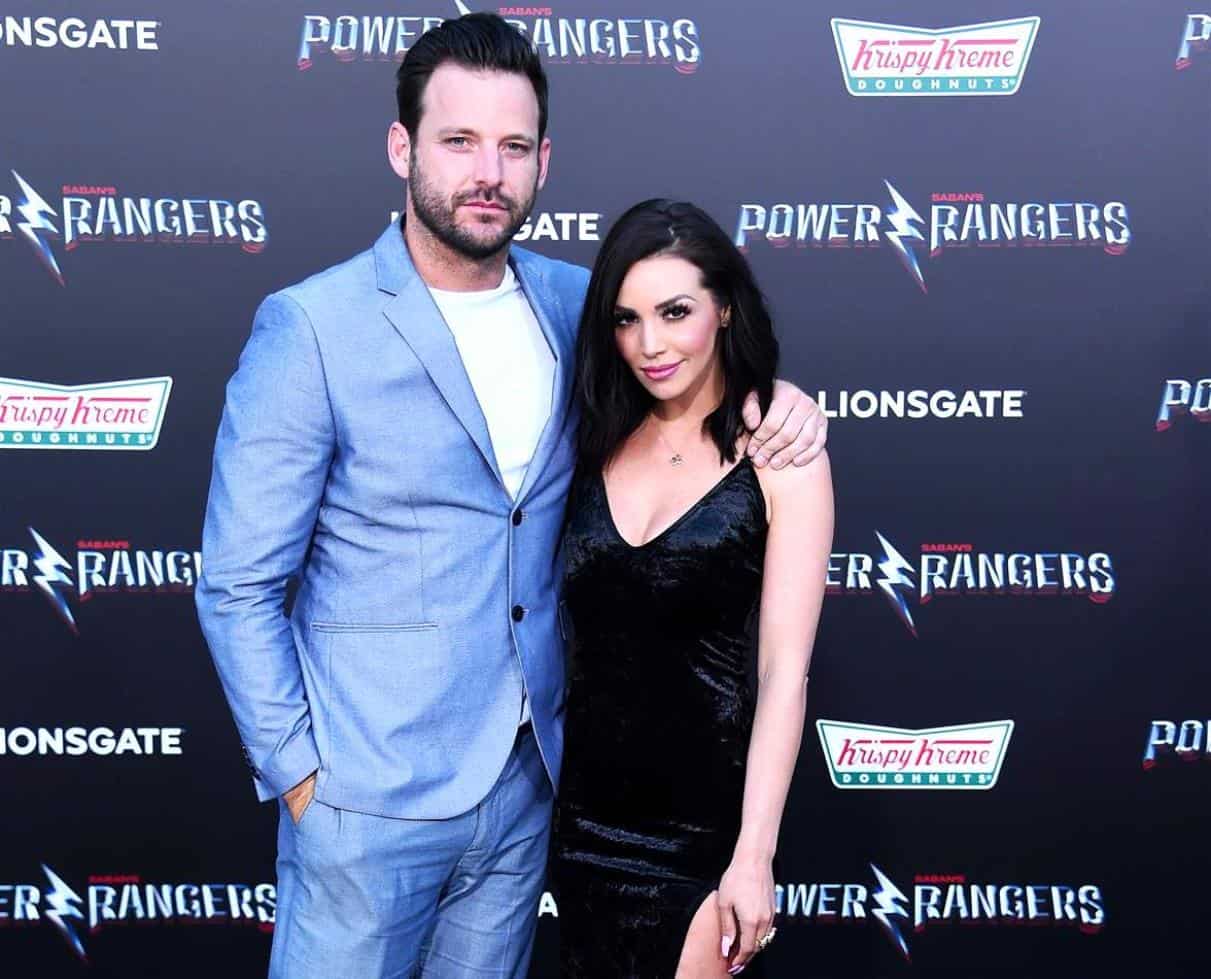 In today’s awkward Vanderpump Rules news, Rob Valletta is responding to the TMI details Scheana Marie revealed about their sex life on the most recent episode of the show!

During the Pump Rules “Secrets Revealed” episode that originally aired on May 28, Scheana admitted that she actually tried a**l sex for the very first time with Rob! A short time later, he was seen reacting to the cringeworthy moment in the comments section of one of his Instagram photos with a witty response.

“Scheana just admitted on national TV she took it in the p***er from you… How does that make you feel?” a fan asked.

“Pretty sh***y,” he replied. A screenshot of that funny exchange is below! 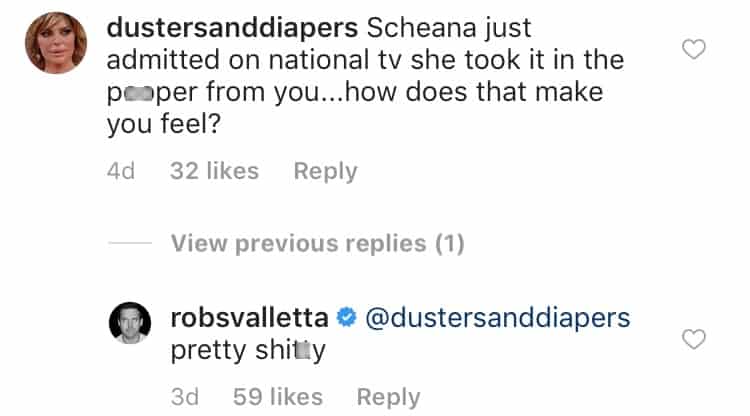 In other Scheana Marie news, she dished on her past relationships during an appearance on Podcast One’s Bigger Talk With Eric Bigger days ago.

During the interview, Scheana, 33, spoke to host Eric Bigger, formerly of The Bachelorette, about what she’s learned from her 2017 divorce from Mike Shay and her short-lived romance with actor Rob.

As fans will recall, Scheana and Mike began facing marital issues during Vanderpump Rules season four after it was revealed that Mike was abusing prescription pills. Although the musician ultimately got clean, his marriage to Scheana was permanently damaged by his addiction and in late 2016, they announced their split during the season five finale.

“That relationship helped opened my eyes to being more aware and more present,” she continued. “I was really obsessed with my phone and social media and after that ended, I definitely learned a lot about myself.”

As for her brief romance with Rob, Scheana admitted to putting in too much effort.

“The last one, that ended more recently. That has taught me to put myself first for once,” she said. “When I’m in a relationship I’m all about the other person and making their life easier, and doing anything I can to just be perfect so their life is easy. This last one forced me to do me and now I’m in Vegas, I’m doing a show six nights a week, and it’s a dream come true. I’m just doing things for me for the first time in a long time.”

While Scheana was recently caught enjoying a romantic getaway with Robby Hayes in Hawaii, she told Eric that she is currently single and planning to stay that way as she continues to focus on her career.

“I’m not even thinking about a relationship anytime soon. I can’t imagine dating one person right now and being serious. I think I just need this time to focus on work. This is all very different for me but it’s been an amazing fresh start,” she explained.

Scheana was first linked to Robby earlier this year when the rumored couple began flirting with one another on social media. Since then, they have been seen together numerous times and frequently turn up on one another’s Instagram feeds.

Scheana went on to reveal that while she and ex-boyfriend Rob attempted to maintain a friends with benefits relationship after calling it quits last year, she ultimately found it too hard to be just friends with the actor (and TV hanging master).

“I think he’s an amazing person. I wish him nothing but happiness and success. It’s just for me, I’m a lover and not a fighter and it became too hard to stay friends with him regularly,” she told Eric.

Scheana then hinted at a future reunion with Rob.

“For now, that’s on pause but I’m not going to say forever,” she said. “I’m still in touch with his family. His mom and my mom are like best friends and I’m still close with her… I would still be here in a second if he needed me.”

TELL US – WERE SCHEANA’S DETAILS ABOUT HER SEX LIFE TMI?! DO YOU THINK SHE AND ROB WILL GET BACK TOGETHER?