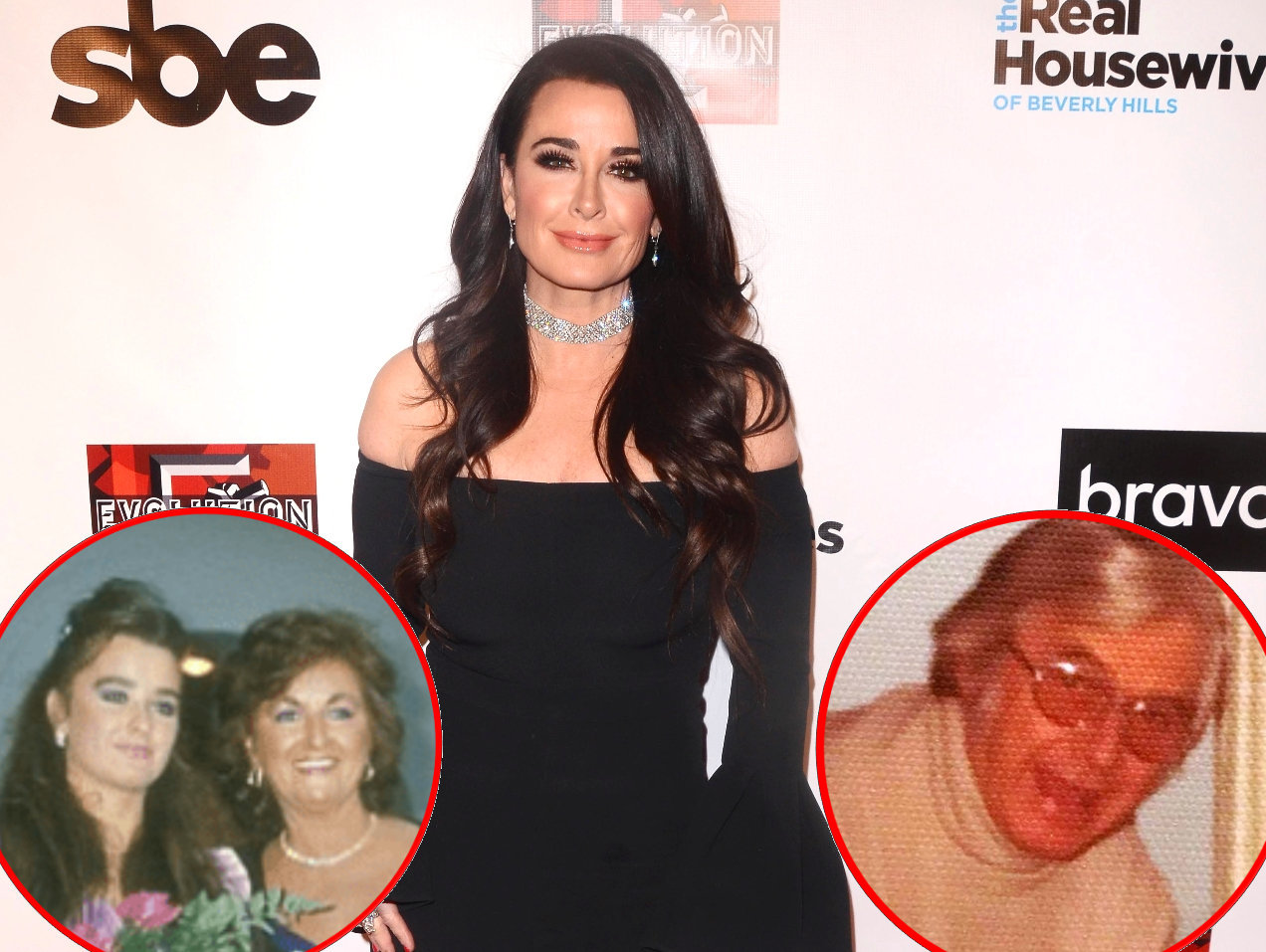 Kyle Richards stopped by Megyn Kelly Today on Tuesday to promote her new show, American Woman, which premieres later this week on the Paramount Network.

During the interview, the Real Housewives of Beverly Hills star spoke about the debut episode of the show, which reveals that her father, Ken Richards, cheated on her mother, Kathleen Richards, before abandoning their marriage completely.

“At that time, my mom was all of a sudden suddenly single,” she said, according to People. “She didn’t know about money or what they had — she didn’t even have a checkbook. So when I was actually 10 years old, my mom got me a checkbook and I was allowed to have my ‘unemployment checks’ from my TV shows.” 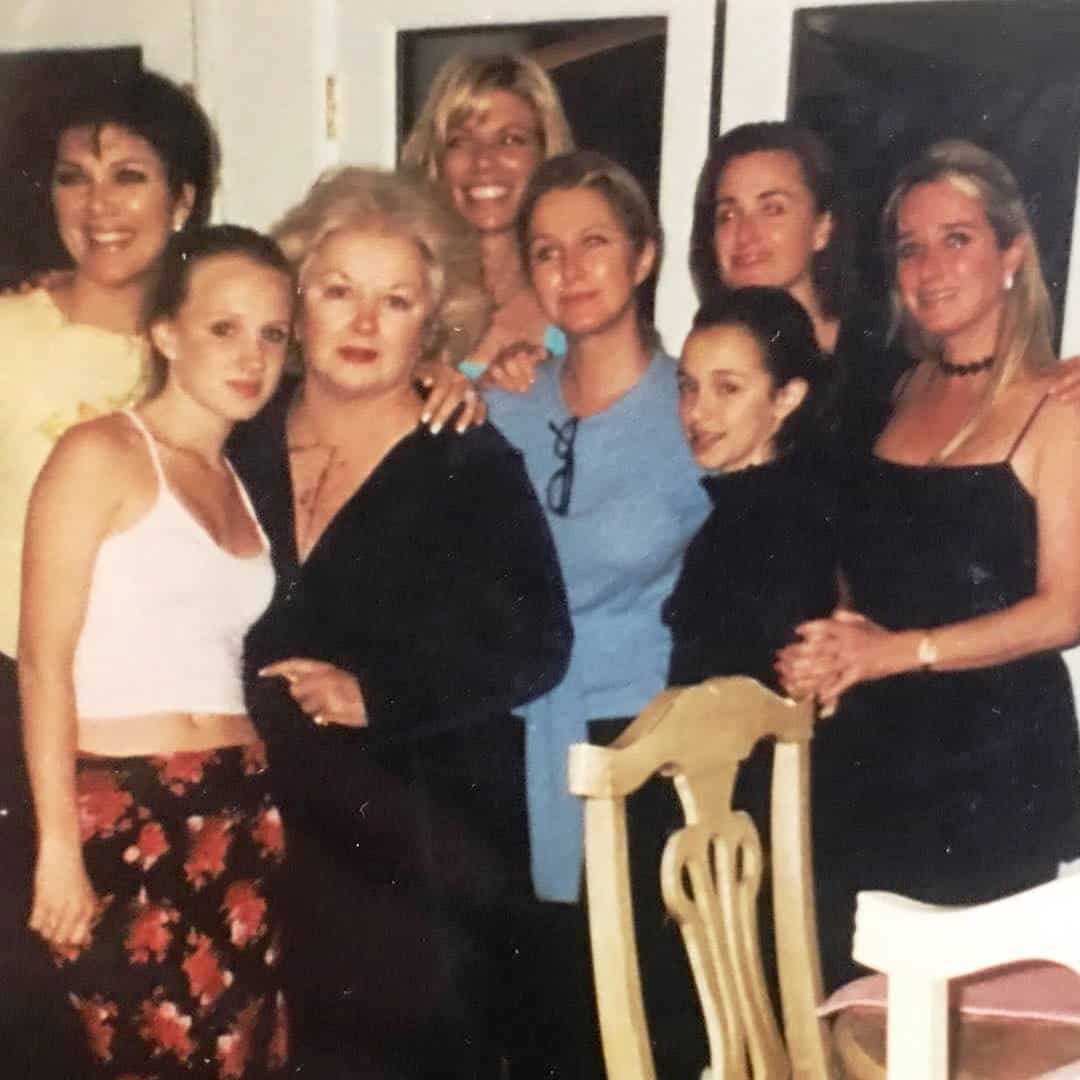 Kim and Kyle Richards pictured with their mom Kathleen Richards in 2001 when she was battling cancer. “When my Mom was sick & we would go spend the weekend with her & I was her personal stand up comic. Whatever it took to make her smile,” wrote Kyle on her Instagram.

“She opened a checking account for me,” she continued. “She wanted me to take control and learn from a young age how to look after myself, because she didn’t like finding herself in that position in the ’70s. … It’s not easy being a single mom, whether you’re in the ’70s or today!”

Kyle’s mom was the inspiration behind American Woman and according to the reality star, she created the series as a  “a love letter” to Kathleen.

“My mom was a very strong, outspoken woman and in that time, women weren’t supposed to be like that,” she said. “Now it’s like, ‘boss lady’ — that’s a term now. But in the ’70s, if you were strong and opinionated and outspoken, it was looked down upon. And my mom was that woman — very strong.” 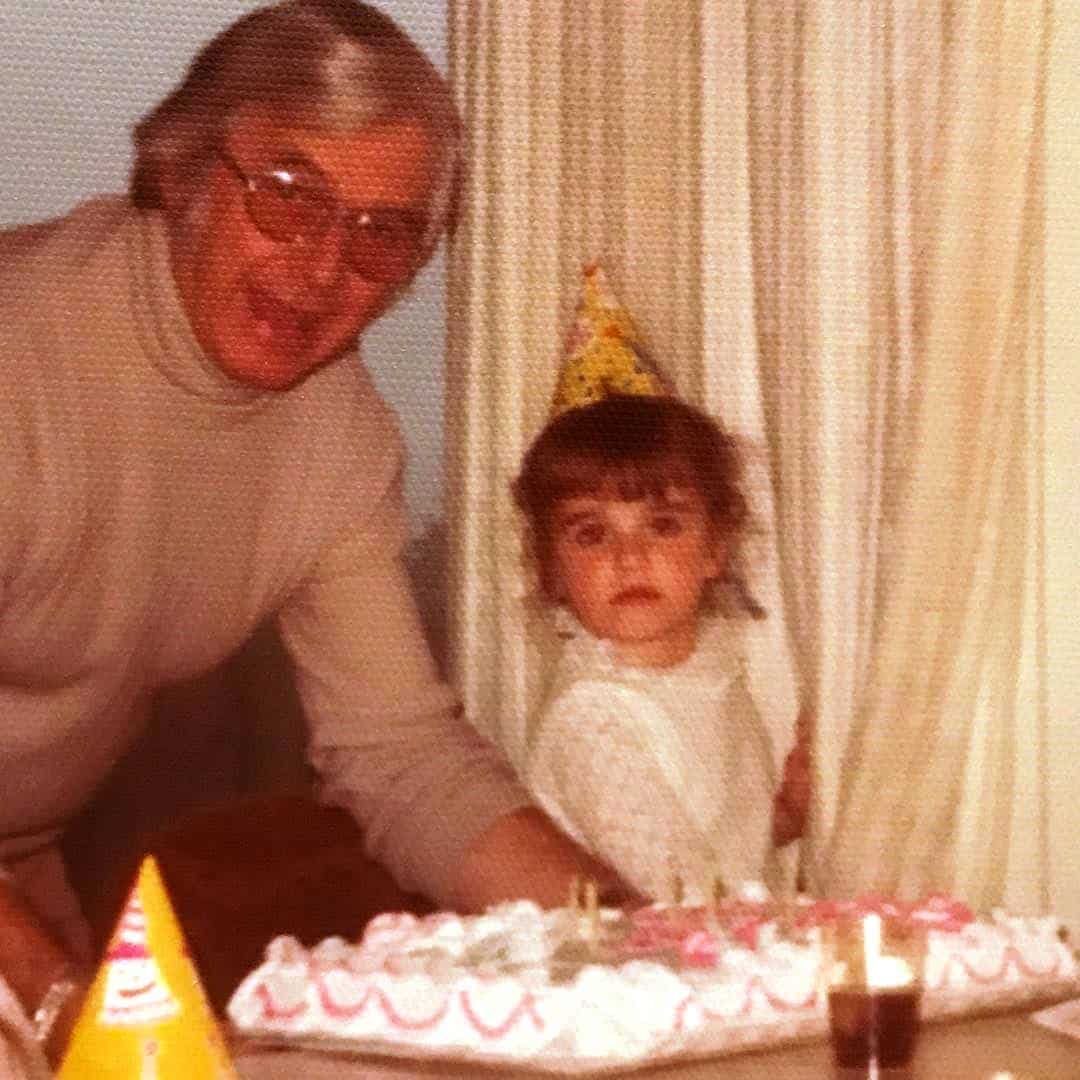 A 6-yr-old Kyle Richards pictured with her dad Ken Richards. “I was my Dad’s 6th child. He was already a grandfather when I was born. He was a pro at being a Daddy,” wrote Kyle.

“I did not have a conventional life growing up at all,” she continued. “In addition to being a child actor, it was just a very different upbringing. When my mom passed away, I was reflecting on her and I love to write, so I would write stories about her and growing up. I thought, ‘I really want to make this into a TV show one day.’ And here we are.”

Although Kyle’s father may not have had the best relationship with her mom, Kyle has been known to speak highly of him.

While Kyle is understandably excited about the upcoming premiere of her new show, she’s also faced some family tension because of it. As she revealed during the reunion special for The Real Housewives of Beverly Hills season six, she and her older sister, Kathy Hilton, are currently estranged and have been for the past six months.

Apparently, Kathy has gotten the wrong idea about her new show.

“I mean, all families go through stuff,” Kyle said. “We’re sisters, we love each other. She hasn’t seen the show, so I’m excited for her to see it. It is inspired by [our childhood], it’s not autobiographical, so she’ll see that.”

During a past interview, Kyle said she would “never tell anyone else’s stories” and certainly “would never do anything to disrespect or embarrass” either one of her sisters, including Kim Richards.

American Woman premieres on Thursday night at 10 p.m. on the Paramount Network. Below are more photos of Kyle’s parents –

TELL US – WILL YOU BE WATCHING AMERICAN WOMAN? THOUGHTS ON KYLE’S INTERVIEW?