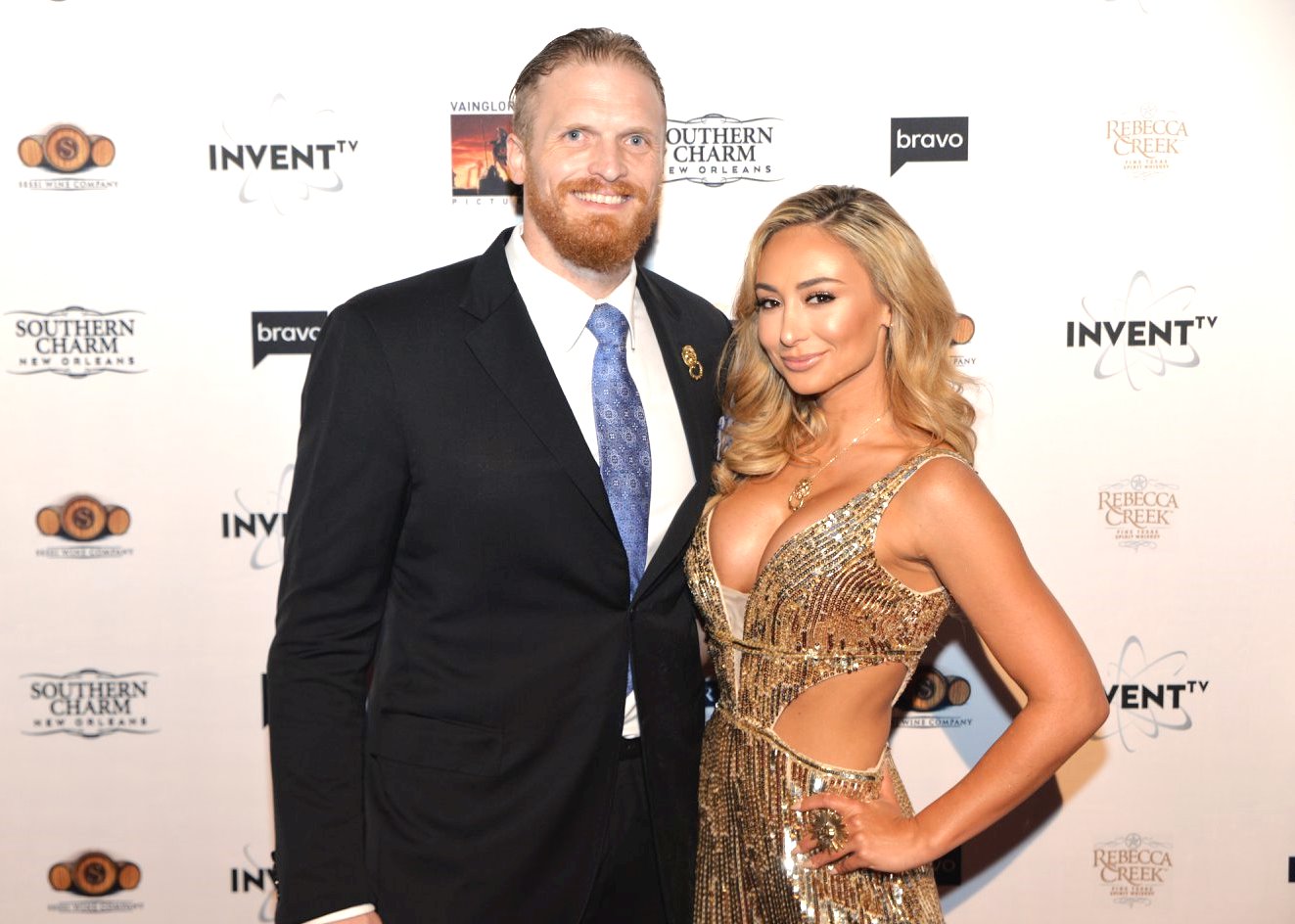 Reagan Charleston faced backlash online after announcing her separation from husband Jeff Charleston on Monday and on Tuesday, the Southern Charm New Orleans star fought back.

Following accusations of being a gold digger and abandoning her marriage after less than six years, Reagan took to her Twitter account where she attempted to defend herself, stating that there’s much more to the story than her fans and followers know.

Team Charleston. No matter what. I’m taking a lot of heat for my separation from @jefecharleston . People can call me a gold digger or say I’m bailing because things got rough, but there is much more to our story… changes that happened after the cameras stopped rolling. pic.twitter.com/8ii4MS0C97

Bottom line: I’m a professional woman who, w/ my partner, made a decision to make positive changes in our relationship and lives… Cont. #SouthernCharmNOLA

People — women in particular— should be free to re-evaluate their marriages and/or lives without fear of being chastised, generalized, name-called, marginalized, or degraded. Period. #SouthernCharmNOLA

Also on Twitter, after a fan slammed Reagan for allegedly leaving her husband when he was down and out, Reagan offered an update on Jeff, claiming the former NFL star is doing just fine.

The last thing @jefecharleston is right now is down and out. He has a fantastic job, more friends than he can count, is in the best shape he’s been in since he played ball, and a bevy of amazing opportunities.

While Jeff didn’t directly respond to his estranged wife’s Twitter posts, he seemed to confirm he was on the same page with her statements when he retweeted her first message about their breakup.

Reagan and Jeff got married in July 2012 after meeting three years prior.

On Monday, Reagan and Jeff released a joint statement regarding their separation to People magazine.

“Jeff and I have decided to separate and are devoting time to re-establishing a great friendship while focusing on personal growth apart,” Reagan explained.

“We are looking forward to seeing what the future has in store for us,” the reality stars added.

TELL US – DO YOU THINK REAGAN DESERVES THE BLAME FOR HER MARRIAGE FAILING?