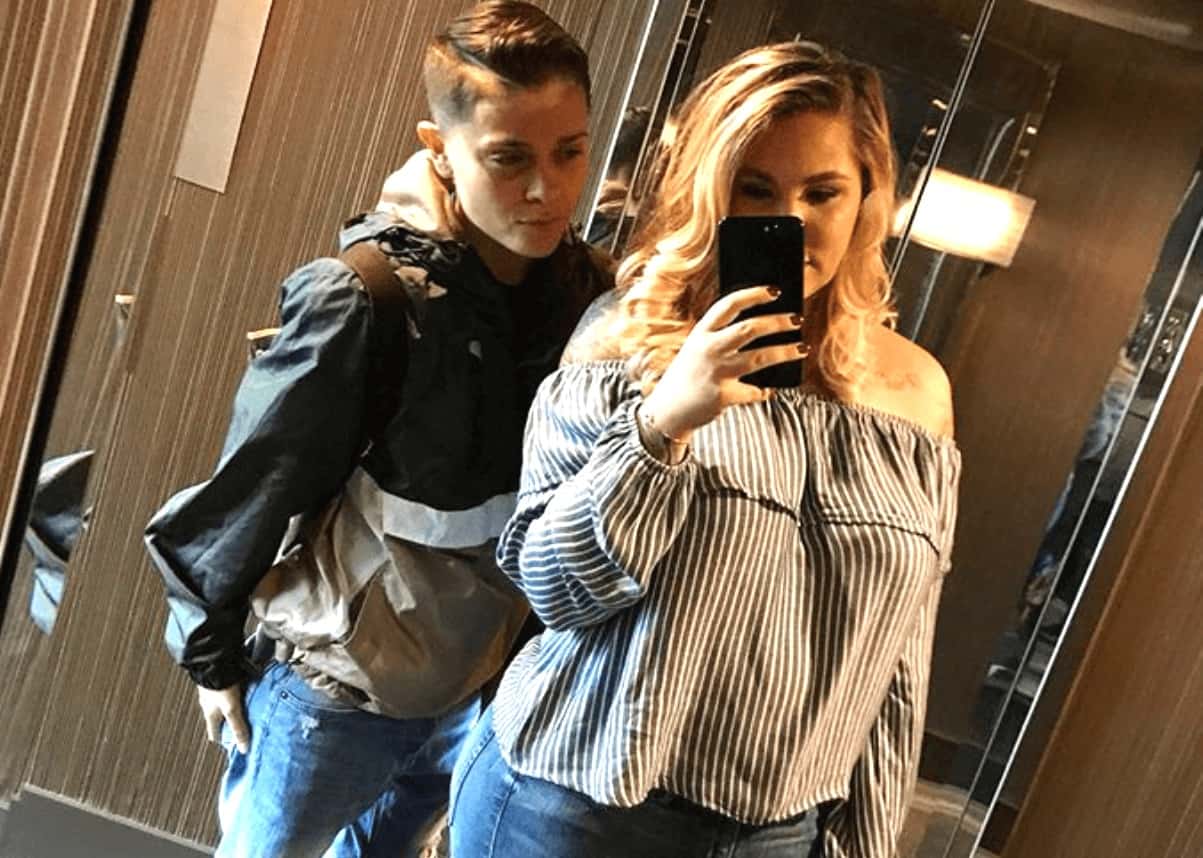 Kailyn Lowry was accused of hooking up with her ex-husband, Javi Marroquin, while dating ex-girlfriend Dominique Potter earlier this year but did she stop at just one affair?

During a new interview, Dominique is speaking out against the Teen Mom 2 star and revealing that she suspects Kailyn may have cheated on her with two additional men during their months-long relationship.

“At this point, would I doubt it? I’m not saying she is, I don’t have proof she is,” Dominique told Radar Online on June 13. “But anytime I felt in my gut she was cheating with Chris I’m just going to take it as yes. Yeah she was definitely doing something with him.”

Dominque claims that despite her relationship with Kailyn lasting from November 2017 to May 2018, Kailyn admitted to hooking up with Javi in January and enjoyed a dinner date with Chris Lopez, the father of her youngest son, on Mother’s Day in May.

“She told me she was out with her friends from another town,” Dominique explained. “Later I find out on her podcast she was out with Chris. Why are you out to eat on Mother’s Day with your baby daddy and not your son? Clearly that’s a date. That’s cheating in my book.”

Kailyn admitted to her Mother’s Day date with Chris during an episode of her podcast, Coffee Convos, at the end of last month.

In addition to Javi and Chris, Dominque believes Kailyn also cheated on her with a man she met in Jamaica.

“She fell in love with some guy from Jamaica,” Dominique explained. “She listed every reason she loves him. How does she know so much about this man if she’s on a family vacation? Do I think she cheated? If I had a feeling in my gut something was wrong, something was wrong.”

In May on Twitter, Kailyn came clean about her hookup with Javi and also spoke of their encounter while filming the Teen Mom 2 reunion.

“She did cheat on me with Javi,” Dominique previously told Radar. “That was out of her own mouth. She said they hooked up. She said they even discussed hooking up. She said, ‘I messed up, I f**ked up.’ She hasn’t tried to apologize. I have questioned her multiple times with Javi. Things that didn’t feel right. With Javi she wasn’t saying he was at the house to do a podcast, or that he came over to talk about him and Briana splitting. I had to find out through other platforms.”

While news of a split between Kailyn and Dominique broke in January, Dominique said they never actually split. Instead, she was reportedly informed by Kailyn to leave the rumors alone and had allegedly been keeping the romance private for the past several months.

Kailyn, however, claims they split for good in February.