REPORT: The RHONJ Cast Involved In Physical Altercation at Finale Party: ‘Plenty of Alcohol’ and ‘Screaming’ 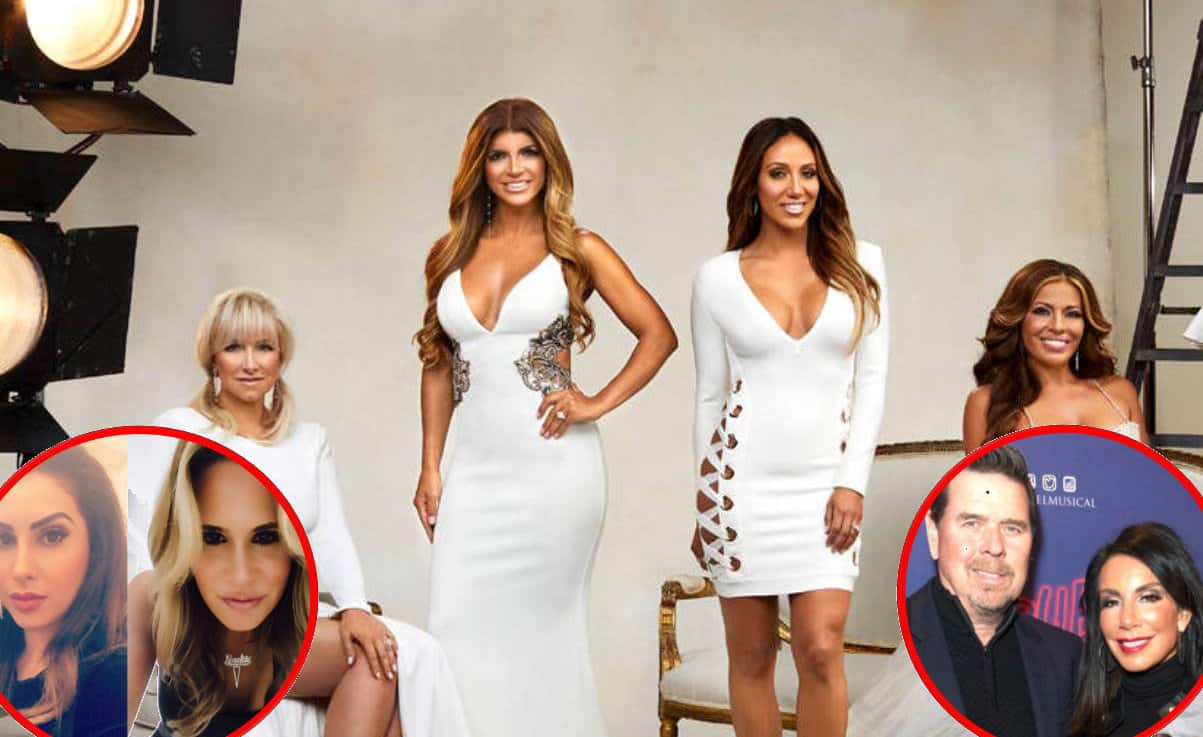 The Real Housewives of New Jersey cast filmed the finale episode of their ninth season over the weekend at the New Jersey home of reported new cast member Jennifer Aydin and during her wedding anniversary celebration, a fight reportedly broke out amongst her co-stars.

According to a new report, the cast of season nine, including Teresa Giudice, Melissa Gorga, Dolores Catania, Margaret Josephs, Danielle Staub, and Jacqueline Goldschneider, was having fun at Aydin’s Paramus home when two of the cast member’s husbands began to brawl.

On June 25, All About the Tea revealed that it was Margaret’s husband, Joe Benigno, and the new husband of Danielle, Marty Caffrey, who got into a fight over their wives due to the women’s falling out.

“The two men were hurling insults over a beef between their wives,” a source revealed, adding that their feud involved screaming and violent threats.

“The men started fighting and Joe pushed Marty into the pool. Everyone ran outside to see what the drama was about,” the insider continued. “Plenty of alcohol was flowing at the event because producers wanted drama after a slow season.”

Following the filmed altercation between the two men, Jennifer, a mother of five who is married to plastic surgeon Dr. Bill Ayden, was said to be understandably disappointed in their behavior, especially considering the drama took place at her home.

“Jennifer is very uppity and pulled out all the stops for the party. She spent a fortune on a party planner to make sure everything would be perfect,” the sources revealed. “After the party was over, she cried over the men ruining her party.”

The RHONJ season nine will air on Bravo TV this fall.