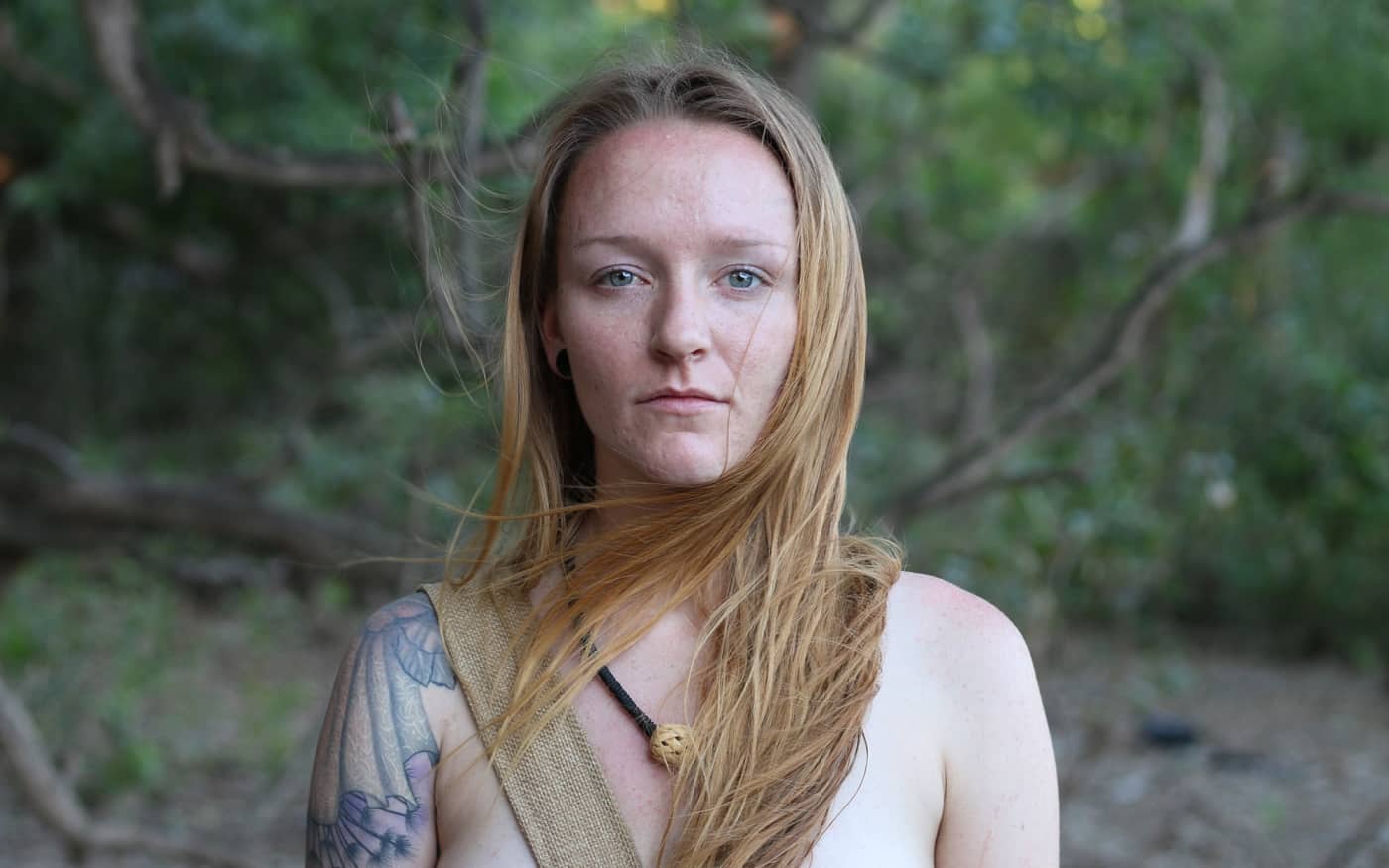 Maci Bookout was determined to make it through the 14-day challenge of Naked and Afraid but during last night’s show, the Teen Mom OG star was seen tapping out after just one night.

Just a short time after being dropped off in the jungle of Nicaragua, the mother of three began to sustain painful injuries as she attempted to hike through the terrain, which was covered in cactus needles and thorns. Although her partner Justin tried to help her out by carrying her, her struggles continued as she was unable to get comfortable for sleep and later, she quit.

“Everything sucks. Everything hurts — physically, mentally, everything hurts. Sitting on your couch watching this show is not the same,” Maci admitted the next morning. “Coming into this, I 100% was confident in myself, but it’s easy as a fan to say that because you don’t feel like you’re standing in a f***ing fire because you feet hurt so bad.”

Before her episode of Naked and Afraid aired, Maci was seen vowing not to quit in a promo clip.

“When I watch this show the one thing that drives me crazy is people quit way too early. Like, they don’t even give themselves a chance. The first sign of distress, they tap out, like, they’re done… I mean, it’s going to suck, for sure, but I’m not going to quit,” Maci told cameras.

Following last night’s show, Maci took to Twitter and released a statement to her fans and followers about her “painful” and “terrifying” experience on the Discovery series.

#nakedandafraid was the most amazing (and painful) experience.. even though I didnt complete the challenge. I am proud of myself for trying something completely terrifying and out of my comfort zone. I'm excited to see my partner Justin kick ass.

I want to say that anyone that has attempted N&A is a badass is my book, being a fan of the show since the beginning.. I know what they've gone through and all the respect in the world for the survivalists before me. Yall fuckin ROCK!

the entire process of N&A (training/attempting) did change my life. My perspective&outlook is so much healthier than I could have imagined. Thanks to all who watched tonight, I hope you arent too disappointed, but if you are disappointed i hope ur grateful for ur couch&TV ????????????

Maci also shared a number of supportive tweets from fans.

“You should be proud of yourself..many of us wouldn’t even have tried..it was hard to watch you in so much pain,” one person said.

“Proud of you young lady you did what most wouldn’t do. You knew your limits.. You proved you’re not afraid to try.. Anybody got anything negative to say…try it and let us see how you do,” another added.

“Wow it sucks that Maci quit, but hey at least she gave it a go. I definitely could not do this!” said a third.

Going into the show, Maci said she was “extremely anxious about” the nudity.

“I’m a pretty modest person; I knew I was going to be really nervous about that part,” she told Yahoo! Entertainment. “Before I went, I told myself: Either way, you’re going to do it, so when the time comes just do it. Get it over with and forget about it. It was very, very nerve-racking. But I guess because of adrenaline and excitement, it wasn’t as big of a deal as I was expecting it to be.”