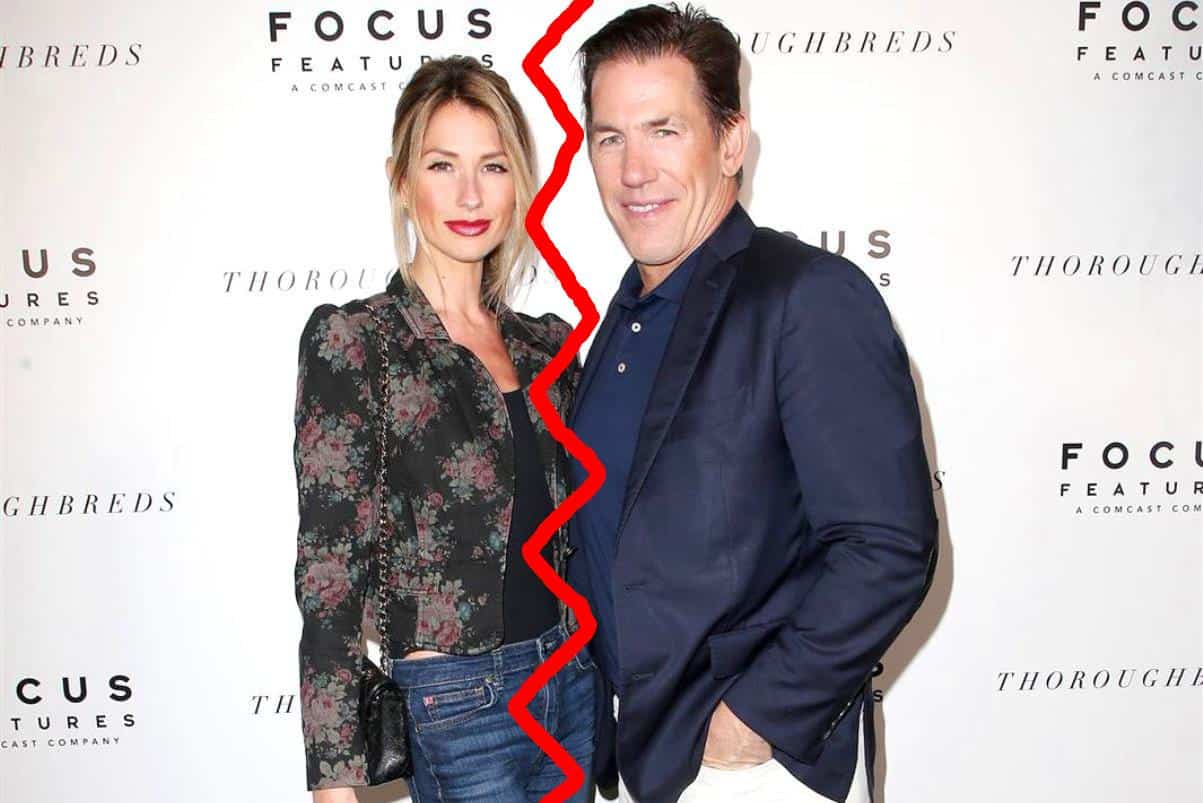 Southern Charm couple Thomas Ravenel and Ashley Jacobs have broken up according to three different media sources. Additionally, one of the media outlets is revealing threatening text messages Ashley allegedly sent to Thomas.

The first source for the news of the split is Kate Casey, host of the Reality Life with Kate Casey podcast. During the August 2 episode of her podcast, Kate told her listeners that she actually spoke to Ashley by phone, and that Ashley confirmed the split during their conversation.

“She’s told me that she broke up with him and that she blocked his number, but she’s in this weird position because she changed her licensing to be a nurse in South Carolina,” said Kate, who added that Ashley stated she “has no intention of getting back together with him.”

The second media outlet to report the split is Radar Online, stating it happened after a weekend fight regarding Thomas spending time with his ex Kathryn Dennis.

According to the report, the former couple reunited with their kids on Thomas’ boat near his home in Edisto Island last weekend as Ashley spent time in Santa Barbara, California.

“Thomas and Kathryn had a great time together with the kids, it was completely drama free,” an insider revealed about their day on Thomas’ boat. “With Ashley out of town there were no conflicts at all.”

“Thomas and Ashley have been fighting a lot lately,” the insider added. “The romance between Ashley and Thomas is over. The relationship has run its course.”

The third media source to report the break up news is the All About the Tea blog, as the site says a spa date between the former politician and Kathryn may have been the final straw for Ashley.

“Kathryn and Thomas got dual massages to relax, and at the end of the three hour spa treatment, Thomas got a scary phone call from Ashley, who was in California,” an insider revealed. “She was screaming at the top of her lungs. ‘You’re a liar! You are at the spa with Kathryn. I hate you and want nothing to do with you.’”

As for how Ashley knew Thomas and Kathryn were at a spa with one another, a spa employee who is a friend of Ashley’s reportedly dealt out the news and shortly thereafter, that employee was suspended by the facility.

“This sent Ashley into a tailspin, and she launched a violent and vulgar attack on Thomas by text message,” the insider said.

All About the Tea shared a number of the alleged text messages sent to Thomas from Ashley over the past weekend, many of which included threats against Thomas that were prompted by his alleged role in her spa friend’s suspension. (The AATT website has since removed the text messages from the article). Below are a few of them:

“Pretty f*cked up of you. Don’t bother calling me again. I won’t answer. I’m through with your sh*t. All this time with [Kathryn]. I’m calling the salon tomorrow to explain and I’m going to Page Six.”

“I’ve got nothing to lose. If you f*ck with my friend I will f*ck with you. I hope she sues you. I will team up with her.”

“I need money. I will go to Radar or whatever.”

The AATT website is known to have connections to Thomas which is why it’s very credible these texts are legit. If these messages were indeed sent by Ashley to Thomas, it would appear to confirm the widely speculated rumor that Ashley allegedly threatens Thomas whenever he tries to end their relationship.

Kathryn and Thomas reportedly went back to enjoying their weekend together despite Ashley’s alleged meltdown.

“They went boating, had fun at the beach and watched movies. Their time together was peaceful and stress-free,” the source revealed.

AATT also reveals that Ashley was recently fired by Haymaker, the production company behind the reality series. This would explain Kathryn’s tweet from earlier this week confirming that Ashley would not be returning to the show next season.

“The production fired Ashley last week. They were considering bringing her back for season 6 but her volatile behavior was too risky for the network,” a source told the outlet.

As for Ashley, she appears to be denying the split in an Instagram response to a fan from yesterday… despite her admission during her phone call with the podcast host.