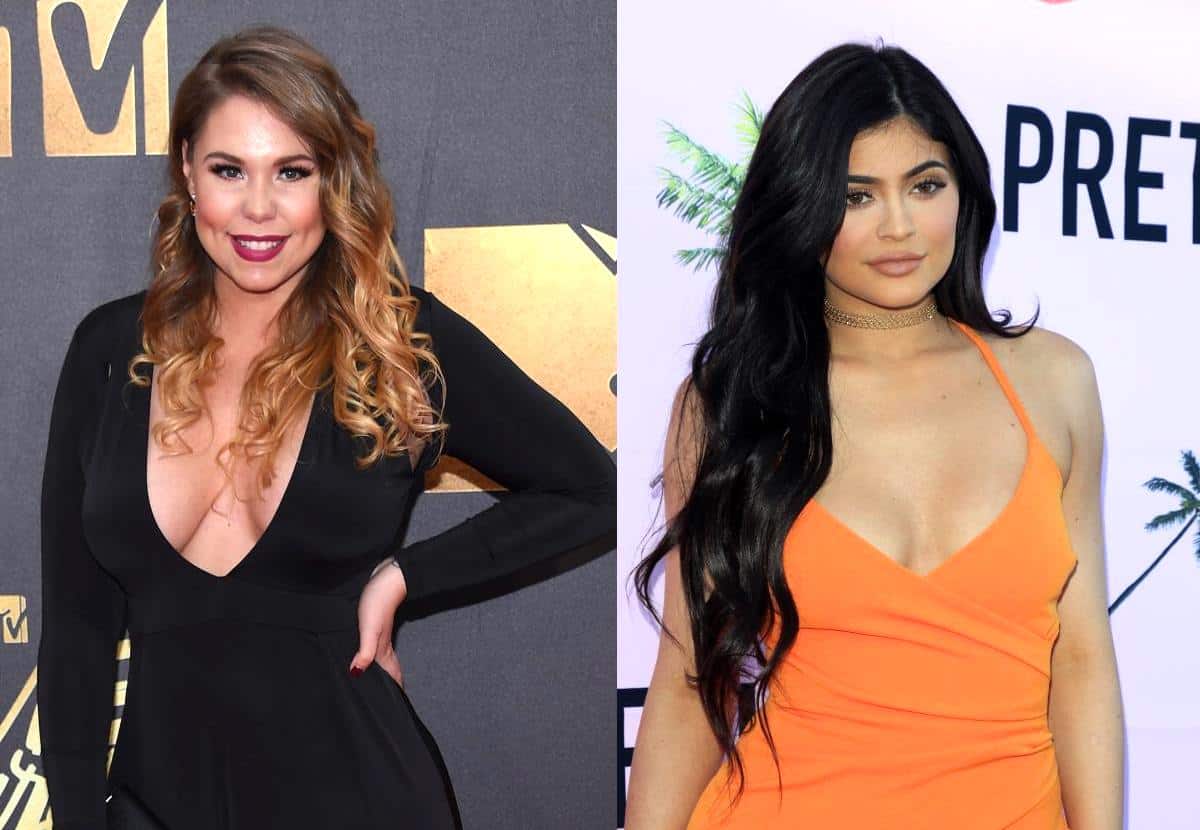 During an appearance on Heidi Montag and Spencer Pratt‘s podcast, “Make Speidi Famous Again,” on August 20, Kailyn revealed that while she and her fellow Teen Mom stars are often accused of “glamorizing” teen pregnancy, it is actually celebrities like Kylie who make pregnancy seem like a breeze.

“I don’t want to hate her cause obviously she’s so successful, but when you’re that young and you have that much money and you’re able to have a nanny or have a lot of help and you still do all these things, I think that shows that it’s kinda glamorous to have a kid so young,” she said, citing the birth of the Keeping Up With the Kardashians star’s first child, daughter Stormi at the age of 20 after getting pregnant at 19.

“I mean she wasn’t a teenager so obviously it’s slightly different but we got a lot of backlash for Teen Mom and 16 and Pregnant that makes it look like the show is glamorous and I just don’t agree because it took me 7 years to get a 4 year degree,” Kailyn continued. “I didn’t always have the money I have now.”

“I would not agree that our show makes it glamorous. But situations like Kylie, they don’t realize that she has millions of dollars and she has a ton of help and she can go out and party and do all these things,” she added.

Kailyn did add that her intention was not to bash Kylie, but rather to point out that Kylie is in a very different situation than other young mothers.

“She didn’t ask to be a role model,” explained Kailyn. “It’s so hard cause obviously I don’t want to mom shame her at all.”

TELL US – DO YOU AGREE OR DISAGREE WITH KAILYN’S COMMENTS?