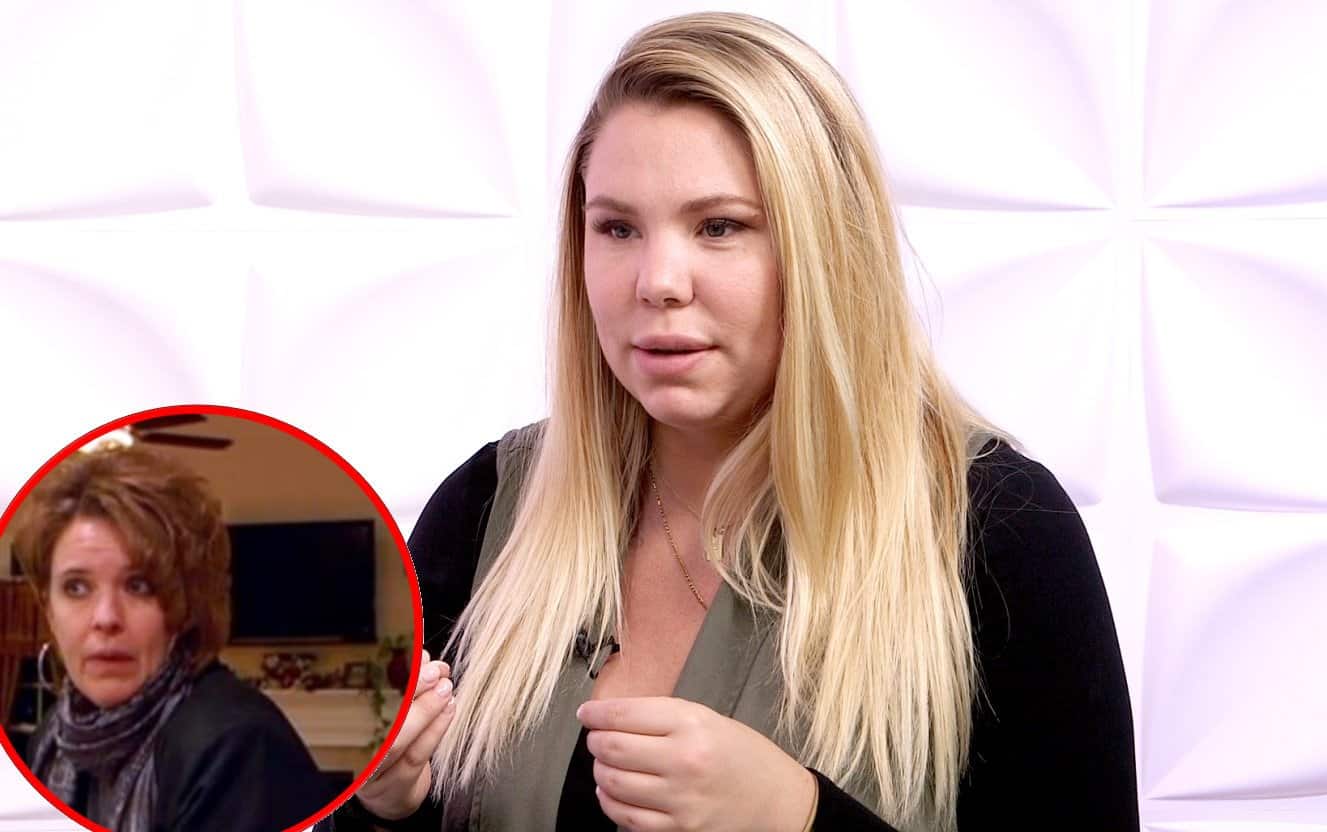 Teen Mom 2 star Kailyn Lowry is opening up about her estranged relationship with her mother Suzi Irwin, as she admits she doesn’t even know if her mother is still alive.

During an episode of her podcast, “Coffee Convos,” Kailyn, 26, reveals  she came to an upsetting conclusion after hosting a first birthday party for her youngest son, Lux Russell, last month. The MTV star looked around to see that not one member of her family was in attendance to celebrate the big day of her third child, who she shares with ex-boyfriend Chris Lopez.

“Nobody, not even my extended family came. I was like, ‘I don’t have a family,'” she said. “My sister didn’t come, my mom didn’t come, I don’t even have a dad. My third son just turned one and my mom, I haven’t heard from her. I’m kind of in my feelings about it.”

According to Kailyn, she cut ties with her mother, Suzanne, years ago due to their extremely volatile relationship, which was fueled by Suzi’s addiction to alcohol.  In fact, that last time she spoke to Suzi was when her second son Lincoln was a few months old. Kailyn says she tried to have Suzi babysit Lincoln, who is now 4-yrs-old, but Suzi got wasted while watching him.

“There was a time where I left Lincoln with her,” Kailyn shared. “When I came back, she was so f–ked up.”

“It’s been years, I don’t think anyone in my family has heard from her,” she continued. “For a long period of time, I cut my mom off, I had to.”

Although Kailyn doesn’t have much interest in tracking her mother down and getting to know her once again, she did say she would love it if her children, including eight-year-old Isaac, had their grandmother in their lives.

“I’m OK with her not being in my life, but now, I have three kids,” she noted. “I want my kids to have a grandma on my side. But I don’t know if I can handle it. When my mom’s sober, she’s such a good person. She’s a good time, so I want my kids to experience that.”

According to The Ashley’s Reality Roundup, Suzi is alive and living just a couple of hours away from her daughter’s Dover, Delaware home. However, when a fan reached out to Kailyn on Twitter to inquire about her mom, Kailyn said she was no longer interested in pursuing a relationship.

She tweeted, “Sorry to disappoint but I no longer want to reach out.”

Sorry to disappoint but I no longer want to reach out ???? https://t.co/ng0pJMNYif

Teen Mom 2 season nine is currently in production and expected to air on MTV later this year or early next year.