REPORT: The Real Housewives of New York City Cast Caused a Scene at NYFW During Filming on Season 11 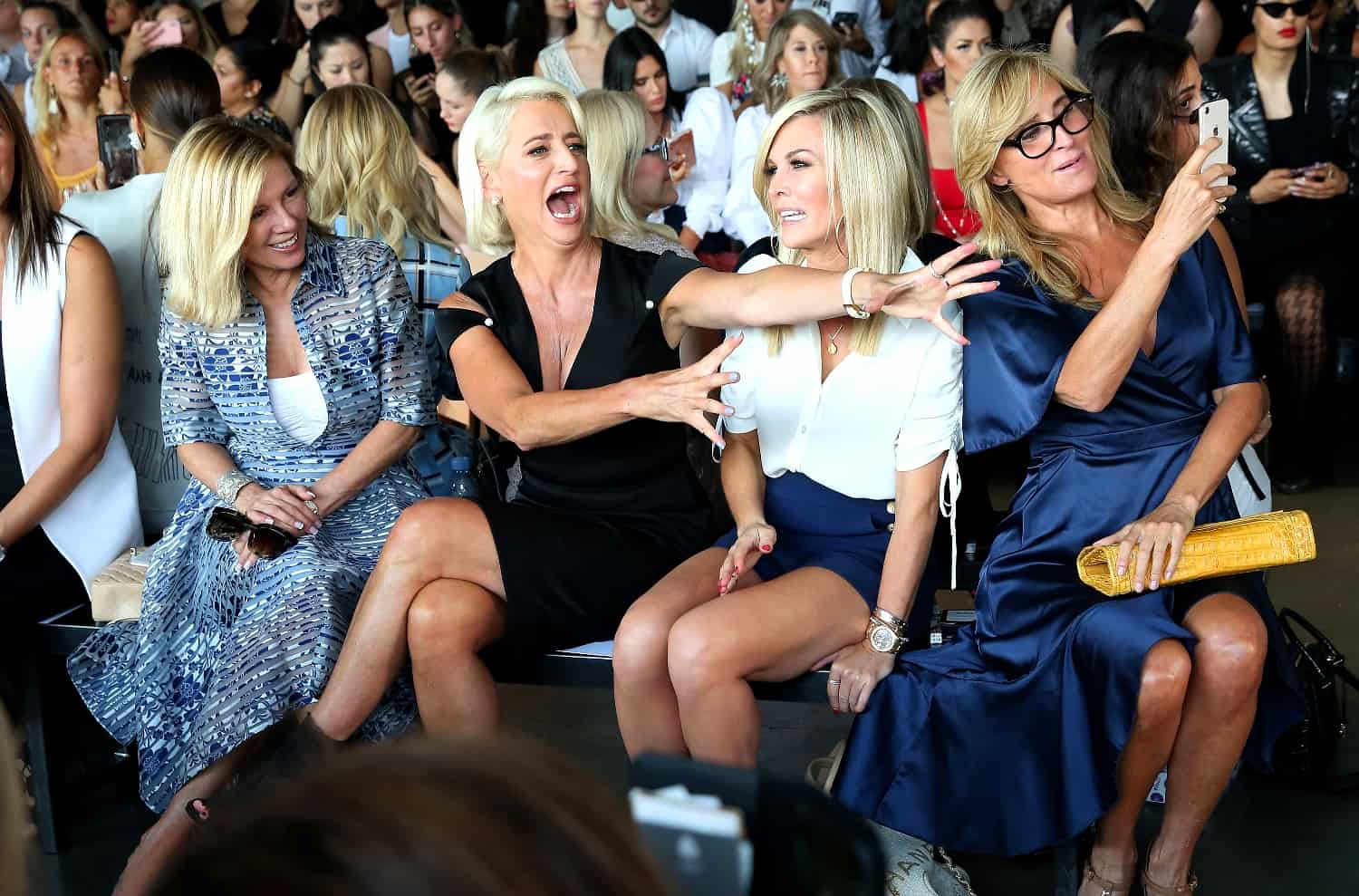 While filming The Real Housewives of New York City‘s 11th season, the ladies were allegedly “disruptive” to other guests as they attended designer Pamella Roland’s runway show at Pier 59 in the Chelsea district of the Big Apple. They are pictured above at the event.

“It was disruptive . . . They were making such a scene,” an insider told Page Six on September 8. “[They were] just talking super loud through the whole show. Nicky Hilton looked kind of annoyed.”

According to the outlet, the Real Housewives of New York City cast was previously filmed for an early season of the show while attending a Roland runway show in 2008. At the time, the report stated, no complaints were made in regard to the ladies’ behavior.

News of the cast’s supposed behavior comes on the heels of a report claiming Bravo TV is not planning to replace Carole Radziwill on the show. While rumors last week suggested Barbara Kavovit would be brought to the show to fill the empty space left by Carole, it has since been reported that Barbara will only be seen in a guest-starring role.

“She will be on as a friend since they’re testing her but she is not a full time housewife,” an insider explained to Radar Online last week.

In the same report, it was noted that Naughty Gossip’s Rob Shuter had told his fans and followers on Twitter that Bethenny Frankel was making it impossible for Bravo TV to add another cast member to the show.

“They have already started filming a new season of [The Real Housewives of New York City],” he tweeted. “[Bethenny] has decided that they will NOT replace [Carole]. Bethenny is the Putin of Bravo.”