Home Real Housewives of New Jersey News Did RHONJ’s Teresa Giudice Just Drop a Hint About Leaving Joe? She Asks Luann de Lesseps About ‘Going Through a Divorce on TV’

Did RHONJ’s Teresa Giudice Just Drop a Hint About Leaving Joe? She Asks Luann de Lesseps About ‘Going Through a Divorce on TV’ 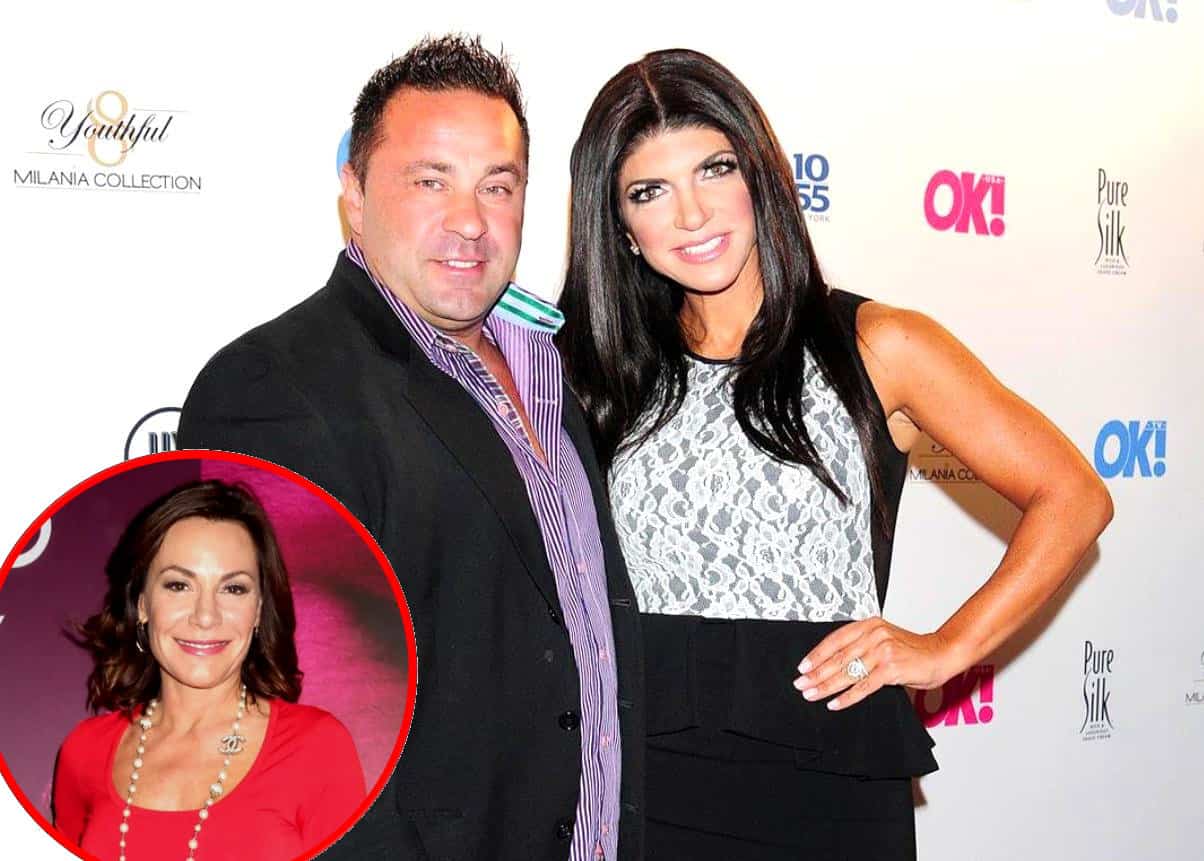 Is Teresa Giudice planning to divorce her husband, Joe Giudice?

On Monday night, Teresa made a surprise appearance at LuAnn’s cabaret show, #CountessAndFriends, and during her appearance, she took part in the Q&A portion and questioned LuAnn about the public nature of her split.

“Was it difficult going through a divorce on TV?” Teresa asked, according to PEOPLE.

“You know, I knew it was time to go. I was solid in my decision. When I’m done, I’m done,” LuAnn replied.

LuAnn was “done” in August of last year, just seven months after she and Tom tied the knot.

As for Teresa’s thoughts on a split, she echoed LuAnn’s statements.

Teresa and Joe have been married for nearly two decades but over the past several years, their marriage has faced challenges due to charges of bank and wire fraud bought against them in 2013. As fans well know, Teresa served an 11-month prison sentence in 2015 and the following year, Joe began serving a 41-month prison sentence.

Despite rumors claiming a divorce may be impending, a source told People that Teresa and Joe, who share daughters Gia, 17, Gabriella, 14, Milania, 13, and Audriana, 9, can’t wait to “be a family again” and “can’t wait to be reunited” earlier this year.

“These last few years have been tough on everybody,” the source explained.

“It’s extremely sad that there are actually people out there and semi-reputable media outlets who seem to take pleasure in perpetuating horrible rumors and fake news stories about this family,” attorney James J. Leonard Jr. told People. “Haven’t they been through enough? Haven’t the children suffered enough? People need to let this family live their lives. Enough is enough. No one is cheating, no one is getting divorced. The truth is they can’t wait to be together again.”

“These last few years have been very challenging and very difficult,” he said. “Both Joe and Teresa have each lost a parent, have both experienced incarceration and have both been without one another for long periods of time. I can tell you from having deeply personal conversations with both of them, what they want more than anything is to be together with one another and their children and move forward to brighter days as a family.”

The Real Housewives of New Jersey season nine will air later this year on Bravo TV.

TELL US – WAS TERESA TRYING TO DROP A HINT ABOUT HER OWN DIVORCE?