Married to Medicine’s Dr. Greg Opens Up About Divorce and Sexless Marriage With Quad, Plus He Talks Hotel Romp and If He Believes Quad Used Him 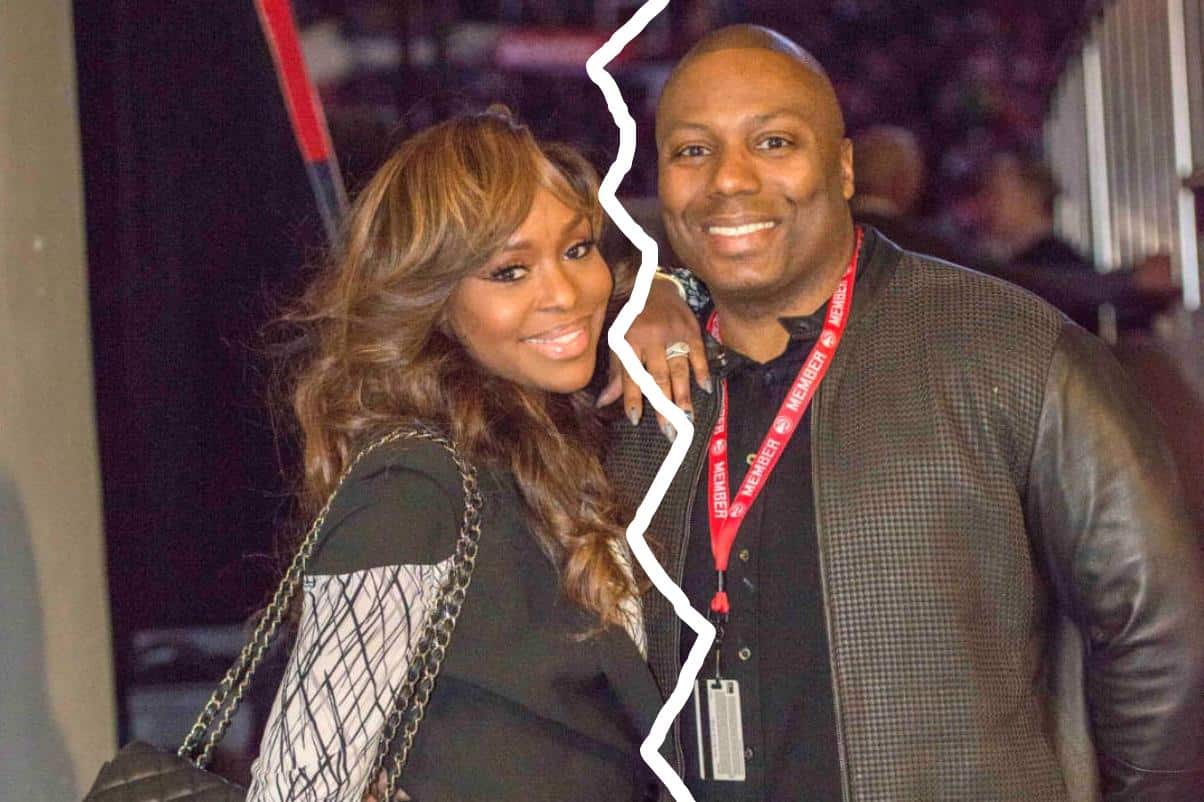 Earlier this year, Married to Medicine star Quad Webb-Lunceford decided to call in quits on her six-year marriage to Dr. Greg Lunceford,  following the bombshell allegations about his hotel romp with another woman, by officially filing for divorce.

It’s been contentious to say the least, and in a new interview, Dr. Greg dishes on the divorce and a number of topics, including having a sexless marriage with Quad for years, what really happened in the hotel room with the other woman, and whether or not he believes Quad really loved him.

Dr. Greg made an appearance on Frank and Wanda In the Morning on Wednesday, and first addressed Quad recently calling him out, on both Watch What Happens Live and her own talk show, ‘Sister Circle,‘ for being “disrespectful,” and dragging his feet when it comes to their divorce.

“It doesn’t make me feel good, that’s for sure,” he said.  “I wonder why she would do such a thing — especially [after] all the things that I’ve done for her, you know? I’ve never been anything but good to her. And the allegations that she’s putting out there are totally false.”

“The allegations,” of course, are that Greg was unfaithful, but he insists that he “was not committing adultery” when he went to the hotel room with Jackie Presley. In fact, he continued to describe the incident as an innocent evening out with a high school buddy, during which they just happened to meet Jackie and another woman.  He claims that he made it perfectly clear that he was married, and simply “kicked it” with them.

He added that the lack of bedroom activity at home with Quad was what led him to that hotel room in the first place.

“At that time, most of the time I’ve been married to Quad, we were not having sex,” Dr. Greg revealed. “That was a huge part of why I did what I did, but I still knew better. It was still stupid and that’s why I didn’t follow through with it.”

He admitted that his intentions were nefarious, but claims that he “caught his senses” before things went too far, after he “started smelling and seeing stuff that wasn’t right.”

Of course, we all know now, that Jackie described their encounter quite differently, and went to multiple media outlets to share every little detail about that evening, adding that it wasn’t nearly as innocent as Dr. Greg would have us believe.

As for his marital problems with Quad, Dr. Greg called BS on her claims that she tried to be “everything” in the marriage, stating that she actually checked out of the marriage years ago.

“She moved out of the bedroom a few years ago. She never did anything marital. She had severe withdrawal from the marriage as early as 2014,” explained Dr. Greg. “Everytime we went to counseling or therapy, I was the one who set it up. In fact, there were times when she wouldn’t even show up for the therapy session.”

The topic turned to the former couple’s ongoing divorce, as Dr. Greg was asked why it was contentious and taking so long. Well, he says it comes down to the same old thing…money.

“It’s difficult because she wants money and I don’t understand why she wants money, because every dime she ever made from the show, I let her keep,” he shared.  “I have no idea how much money she has (or) what she does with with her money. I never asked her.”

The hosts then asked if Dr. Greg thought Quad used him or married him just to take part in the show, and he said he didn’t believe that was the case.

“I think she married me because she liked what I was representing, and I think she wanted to have a life, but at the end of the day, I don’t think she could do what needed to be done to maintain it,” he shared.  “Her capacity for love is…but that’s personal,” he said cutting himself off before he said too much.

He added that he believed Quad loved him “as best she could.”

When asked if he still loved Quad, he answered, “Of course,” adding: “I’ll always have feelings for Quad.”

As for why he chose to do this interview, he stated it was simply to set the record straight.

Well, viewers, we’re going to get an inside glimpse of how it all went down as the season goes on, beginning Sunday when Quad describes seeing Greg at a club with another woman! Until then, check out Dr. G’s full interview below.

TELL US – THOUGHTS ON DR. GREG’S INTERVIEW? DO YOU BELIEVE QUAD REALLY LOVED HIM?