Married to Medicine: Dr. Greg and Quad Lunceford Reveal Details Of His Hotel Room Incident With Another Woman 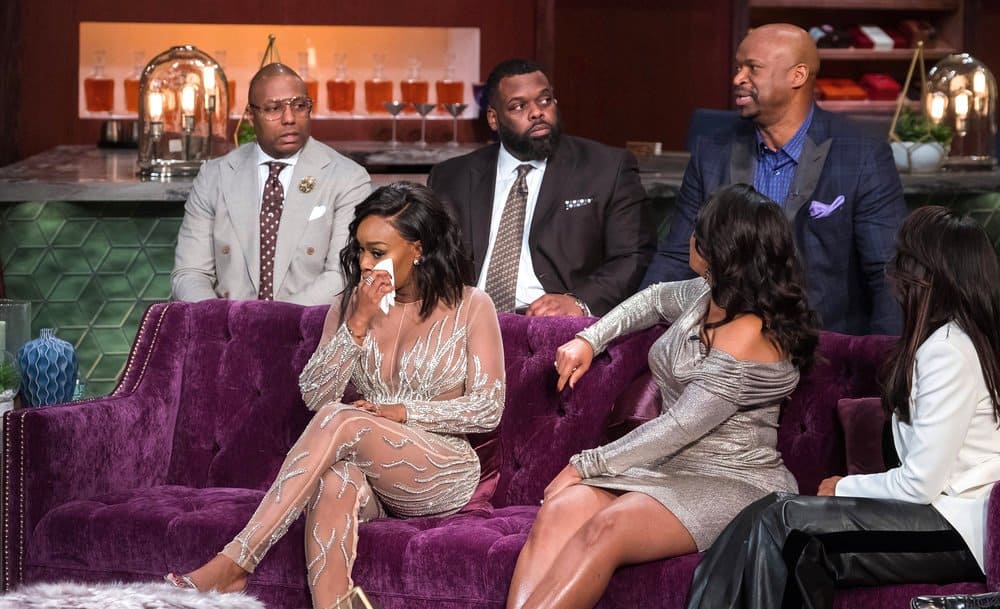 UPDATE – The woman that was at the hotel with Dr. Greg is speaking out on what happened that night. CLICK HERE to read her interview.

Part two of the Married to Medicine reunion ended Friday night with a major cliffhanger!

Viewers learned that there was more to Quad Webb-Lunceford and Dr. Greg Lunceford’s marital issues than meets the eye. As Quad alluded to some infidelity on Dr. Greg’s end.

So what exactly happened between Dr. Greg and the two women he went with to a hotel? Well, those details are below.

Surprisingly, Bravo released a clip from next’s week’s reunion finale of Dr. Greg and Quad talking about the hotel incident.

According to Quad, the woman who spent time with Greg decided to extort them by threatening to leak proof about that night to a popular online blog. But first, Greg attempts to explain his side of the story.

“Me and a friend of mine, we were hanging out one night. And we met these two girls, and we went back to a hotel,” explains Greg in the preview clip below.

Quad interrupts him, stating, “And when he went to that hotel room with that woman, it came back to me. The woman tried to extort him.”  Greg adds, “Right, she did.”

Quad continues, “Listen to how I found out. He didn’t initially tell me first. I learned about it on freaking social media. The girl said she had receipts that she was going to send it to The Shade Room. And I came to you and I told you.” If TSR sounds familiar, it’s the same online blog that exposed Curtis’s affair!

“This was very much so recent,” says Quad after host Andy Cohen asks her when this occurred.

“It wasn’t very much so recent, it’s been about a year ago,” Greg disagrees with his wife. Throughout the conversation, he seemed to be denying things went down the way Quad is saying it did. Really Greg?!

“Instead of my husband taking a Curtis approach and taking ownership for what he had done. He blamed it on me and came home and said, ‘you gonna help me or what? This girl’s trying to extort me. Should I pay her off or get the police involved?'” continues Quad.

“That’s because I didn’t do it!” claims Greg. “If I did it, I’d have to humble up but I didn’t do it.”  Quad looks stunned and yells back,” What?!” obviously disagreeing with Greg’s assertion that he did nothing wrong.

When Andy asks Greg if anything happened, he strongly answers, “No!”. He then tries to explain what really happened… according to him.

“What happened was, we went back to the hotel,” explains Greg. “I was thinking wrong. Got the room. I decided I was leaving. She stayed. And the next morning, when she had the receipt that was thrown under the door, she tried to blackmail me with it.”

NONE of the women on stage look like they are buying what Greg is trying to sell as he’s telling his story. So do you believe Greg’s version? Well see for yourself!

The video of Greg discussing #HotelGate is below.

The final part of the Married to Medicine reunion airs next Friday on Bravo at 9/8c.

It was reported a while back that Greg and Quad are actually separated in real life and are headed towards a divorce.

TELL US – THOUGHTS? DO YOU BELIEVE GREG’S CLAIMS THAT HE DIDN’T CHEAT?