Married to Medicine Reunion Part 2 Recap: War of the Roses 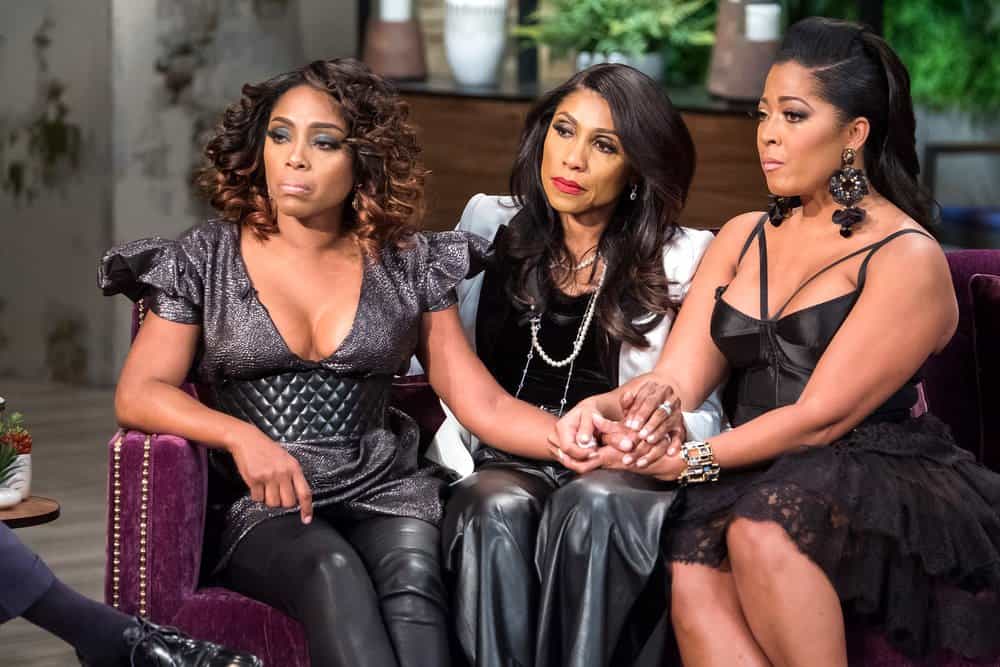 When we left off with the ladies, Simone had just announced that she and her husband, Cecil, were in the process of divorcing after more than 20 years together.

The other ladies were devastated, and implored Simone to continue to work on her marriage. After all, Heavenly said, she and Cecil were everyone’s idea of the “perfect couple”, and they all looked to them as role models.

But Simone was unmoved. She said that there was “no such thing” as a perfect marriage, and that hers had gone as far as it was going to.

When Toya piped up to say that Cecil had told her that he didn’t want a divorce, Simone got a little angry, and said that regardless of what he’d said, his actions proved otherwise. She went on to say that she felt no love in her own home, and that she needed support from her friends, and not pressure or judgement about staying.

Of course, any time a marriage ends in the land of reality tv, it begs the question of whether, or not, the show itself played a role. But Simone said that Cecil had been “emotionally unavailable” for more than 10 years, and that the show had been a “gift” because it put the problems in her marriage in a stark and undeniable light. I have to admit that comment by Simone made me ponder if there was another woman in the picture.

Oddly enough, Simone admitted that her husband’s relationship with his best friend and golf buddy, who happens to be a woman, hadn’t helped matters. She said she believed that the relationship was platonic, but felt that this woman had “manipulated” her husband.

When host, Andy Cohen met with the husbands separately, Cecil agreed that the woman had “driven a wedge” between himself and his wife, but maintained that she was only a friend, and that he “loved her”, but “like a sister”. Not sure many women would be okay with their husbands having that type of relationship with another woman, but okay.

The husbands were equally devastated by the news of Cecil and Simone’s divorce, and also encouraged him to continue to work on the marriage. In fact, Dr. Damon pointed out that Cecil was still wearing his wedding ring, so surely all hope is not lost? Well, we’ll see, but he should probably get that “golf buddy” of his in check.

Curtis certainly knows all too well about other women “manipulating” and “driving wedges” into marriages. And when he was inevitably put on the hot seat about his affair, he said that it was a huge mistake, and that he was grateful to Jackie for giving him another chance.

The funny thing about a tight knit group of couple friends is that the problems of one couple tend to trickle down to the others, and Curtis’ affair was no exception. Everyone had an opinion, and they weren’t at all shy about voicing them.

Dr. Eugene, in particular, made several mean-spirited jokes at Curtis’ expense, and when confronted about it, he apologized, but said that he found infidelity “ungodly”, and had been very angry at Curtis, and had only made the jokes in an attempt to “get past it”.

Curtis accepted the apology, but also said that there’s “a fine line between jokes and judgement”, and further advised that when a friends is struggling, it isn’t really the time for jokes. And you know what? He’s absolutely right.

Dr. Greg was far more forgiving of Curtis’ cheating, and went on to say that being married to an “alpha female” isn’t easy, and that it can “threaten a man’s ego”. After all his problems with Quad, he said, he was actually at the point where he “supported infidelity”. Um… Wow!

When the couples were together again on the couches, Mariah rejoined the rest of the cast, after spending some time in her dressing room pouting over Heavenly defacing the enormous self portrait she had hung  on the door to “create ambiance”.

Andy had assured Mariah that Heavenly, who might or might not be a bully, would apologize, but unfortunately, Heavenly wasn’t feeling it. Instead, she said that the whole thing had been a joke, and that it was being “blown out of proportion”. I’m sure most viewers are wondering how the heck “Daddy” puts up with Heavenly!

Mariah said that Heavenly was “dragging the show to the gutter” (did Mariah forget about her fight with Toya in season 1?!), and that no one cared about what she’d done because she’d done it to her. The others assured her that they weren’t taking sides, and that, of course, Heavenly had been wrong for destroying Mariah’s property. I see Mariah’s point here. It does feel like the other women were snickering about it rather than correcting Heavenly when it happened.

Despite, Heavenly’s non-apology, the matter was dropped fairly quickly, after minimal yelling, and the focus shifted back to marital issues.

Dr. Jackie announced that Curtis was finally allowed back into the bedroom, and that she was doing her best to forgive and forget, which is no easy feat when the details of your husband’s affair are splashed across tabloid headlines and being litigated by every viewer with a social media account.

Quad agreed that marital issues were all the more difficult to navigate publicly, and said that seeing the way Greg treated her gave her a great deal of pause.

Quad has consistently said that she feels that Greg is “unappreciative” of her.  That’s a rather vague statement, to be sure, and Eugene came to Greg’s defense, saying he could understand why Greg had difficulty figuring out exactly what she wanted from him.

Quad said that she wanted “the basics”…respect, love, and an acknowledgment of all she does for him. She recalled when Greg had started his practice, and she had run all over town, trying to help him get everything necessary to start building his business and achieve his goals. Greg said that was all fine and well, but that his true goal all along had been to start a family.

This is a well worn argument between the couple, and once again, Quad explained that she wanted children too, and even had a name all picked out for her future daughter – London Genevieve, but that the current state of their marriage and household was “not conducive” to raising children. Must say the fact that Quad knows it’s not okay to bring a child into this dysfunctional marriage is a good thing.

She’s not wrong, because at this point, she’s gone so far as to block his phone calls because, according to her, he constantly calls her to argue and yell at her, only to hang up in her face, so she blocked him to avoid the drama.

Another bone of contention between Quad and Greg is his incessant need to call attention to the financial comforts he provides. It’s almost as though Greg feels that his money gives him carte blanche to treat Quad anyway he likes, and when confronted about his attitude, he immediately pointed out the $10K worth of bling on her wrist.

The ladies soon began to share their thoughts on Quad and Greg’s troubles. Contessa, who I might have forgotten was still at the reunion, mentioned that their body language was off, with Quad always pushing Greg away. Quad does act very repulsed by him which is why I and many viewers don’t understand why these two are still married!

Mariah, who makes good sense but should have perhaps stayed out of it, chimed in to say that from the outside looking in, it seemed that everything was always about Quad, and her feelings, and never about Greg, and that it really didn’t seem like she even liked her husband.

But I digress. Quad explained that she loves Greg, but didn’t like his behavior. She went on to say that things had happened that the others weren’t privy to yet, but that it wasn’t the right time to discuss it.

Apparently Greg thought it was the perfect time to discuss it, because he announced that he just wanted to “put it all on the table”. He said that he’d been out with friends one night, and they’d met a couple of women, whom they’d ended up in a hotel room with!

Well, those are certainly words no wife wants to hear! And it’s all the more troubling considering Greg’s new free wheeling and accepting attitude toward cheating. But what exactly was Greg admitting to?

It was unclear whether a line was crossed with these women, or how Quad came to find out about it, but based on the previews for hour 3 of the reunion, it’s not over. Stay tuned!

TELL US – THOUGHTS ON THE MARRIED TO MEDICINE REUNION PART 2? SHOULD QUAD AND DR. GREG GET A DIVORCE ALREADY? IS HEAVENLY A BULLY?