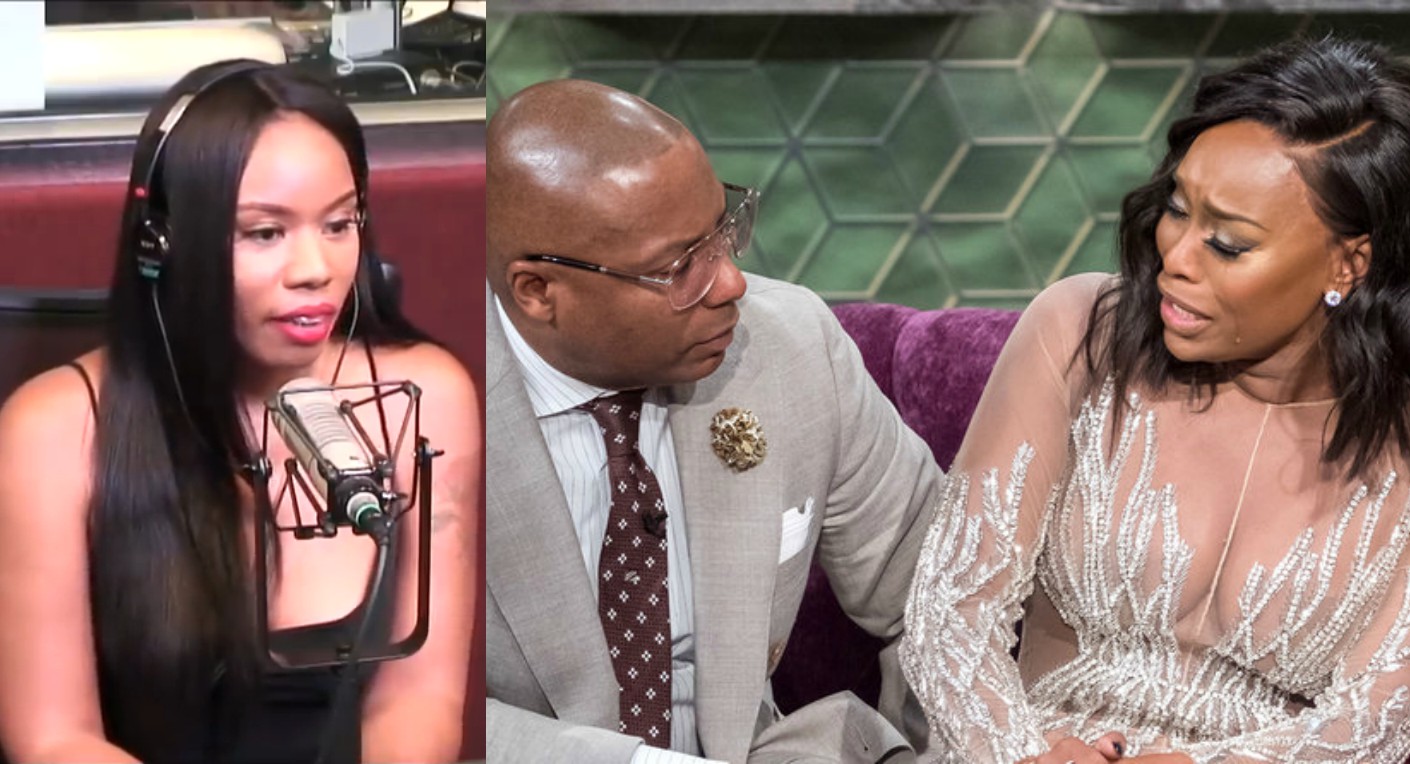 Following Married to Medicine star Dr. Greg Lunceford’s bombshell interview on the Frank and Wanda in the Morning radio show last week, during which he opened up about “that night” he spent in a hotel room with another woman, the other woman herself, Jackie Presley, appeared on the same show to tell her side of the story, and let’s just say, it’s a lot different than Greg’s.

For starters, during his own appearance on the show, Dr. Greg, who is married to Quad Webb-Lunceford, claimed that he was upfront with Jackie when they met, and told her right away that he was already taken.  But Jackie says he not only didn’t voluntarily tell her he was married, he flat out denied it when she asked him!

“One of the first questions I asked him was ‘are you married?’ and he said no,” she revealed, adding that her “homegirl” didn’t know his friend was married either, since neither of the men were wearing a wedding band that night.

When asked if she recognized Dr. Greg from the show, or perhaps saw dollar signs, as he claims, again, she says no.  In fact, she claims she had never seen a single episode of Married to Medicine, and had no idea who he was.

“Me and my friend knew he looked familiar, but we didn’t know where we knew him from,” Jackie stated.  “I’ve heard of [the show], but I never watched it.”

And now to the event in question.  What really went on in that hotel room?  As it turns out, the one thing they agree on is that they never uh…closed the deal.

“When we went to the hotel room, we were kissing, oral sex happened, and he tried to have unprotected sex with me,” revealed Jackie.

“He didn’t have a condom, he wanted to have unprotected sex with me. It wasn’t going his way, and he wanted to go home,” she recalled, matter of factly.

She added that when she told him to run to a convenience store to get a condom, he agreed to do so, but then texted her about 15 minutes later to tell her he was heading home, but that she could stay and enjoy the room that night.  And that may have been his biggest mistake!

You see, it wasn’t until the hotel slipped the bill under the door the following morning that Jackie even knew Greg’s last name, and once she saw that, she Googled him, and found out that he wasn’t just some “nerdy little guy,” but was, in fact, a prominent doctor, and a cast member on a wildly successful and lucrative reality show. But more importantly, Jackie says that was how she found out he was married.

“I was disgusted,” she recalled. “How are you trying to have unprotected sex with me the night before and [then] leave me and go home to your wife?”

It was at that point that she found Quad on Instagram, and decided to reach out.  Call it a public service.

“If I was a married woman, I’d want some little chick to reach out to me and tell me what my husband’s doing,” she said before adding, “We live in Atlanta, where the HIV rate is crazy.”

Finally, Jackie debunked Dr. Greg’s claims that she tried to extort money from him, saying that she never asked for $1500.

“Why would I be so concerned about telling his wife if I’m trying to extort him?” she asked.

As we previously reported, Quad filed for divorce earlier this year.  During his interview last week, Dr. Greg stated that money was one of the reasons the divorce was still ongoing.

“It’s difficult because she wants money and I don’t understand why she wants money, because every dime she ever made from the show, I let her keep,” he shared. “I have no idea how much money she has (or) what she does with with her money. I never asked her.”

You can catch an all new episode of Married to Medicine Sunday night at 8/7c on Bravo. And you can check out Jackie’s radio interview below –

TELL US – WHOSE VERSION DO YOU BELIEVE? JACKIE’S OR DR. GREG’S?