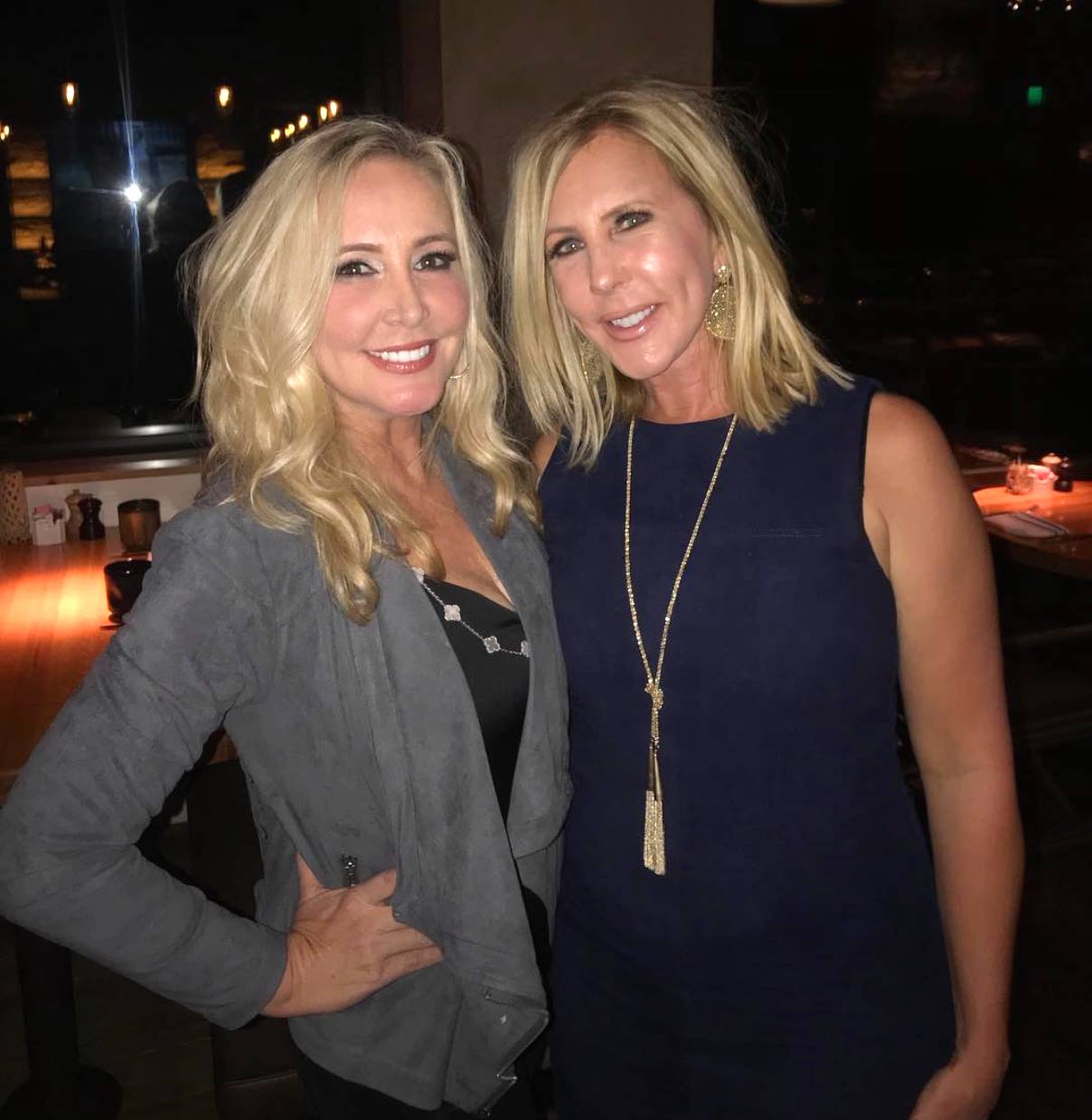 Shannon Beador may be in the midst of a messy split from her estranged husband, David Beador, but she isn’t letting the drama between them get in the way of her weight loss efforts.

Last night, ahead of the new episode of The Real Housewives of Orange County, the mother of three reunited with her co-star and friend, Vicki Gunvalson, for a night out on the town and during her friendly dinner date, Shannon was sporting some major weight loss.

“Always fun having dinner with @vgunvalson,” Shannon wrote in the caption of a photo taken on September 23 at the Harvest restaurant in Laguna Beach, California.

After sharing the image above on Instagram, Shannon received tons of compliments from her fans and followers.

“You look amazing! It’s so refreshing and inspirational to see women lose weight the old fashion way,” one person said.

“Shannon you look incredible!!! You look so skinny and younger!! Whatever you’re doing, keep it up!!” a third wrote.

Days prior, Shannon shared another photo with her audience on Instagram and in the photo, she was seen being clipped into a shirt that had gotten big on her after her latest loss of weight.

“Weight going down a little bit. Had to clip the shirt!” she proclaimed in the caption.

Weight going down a little bit. 😳🙌 Had to clip the shirt! 😂 #rhoc

Last month, during an interview with Bravo’s Daryn Carp, Shannon offered an update on her divorce from David, explaining that she and her estranged husband were in negotiations and hoping to be fair with their settlement agreement.

Still working out with the boot and @stevenmichaelfit 💪👢 A little wobbly but it’s hard to hold up the right leg! 😬 #crunchtime #reunioncoming #rhoc