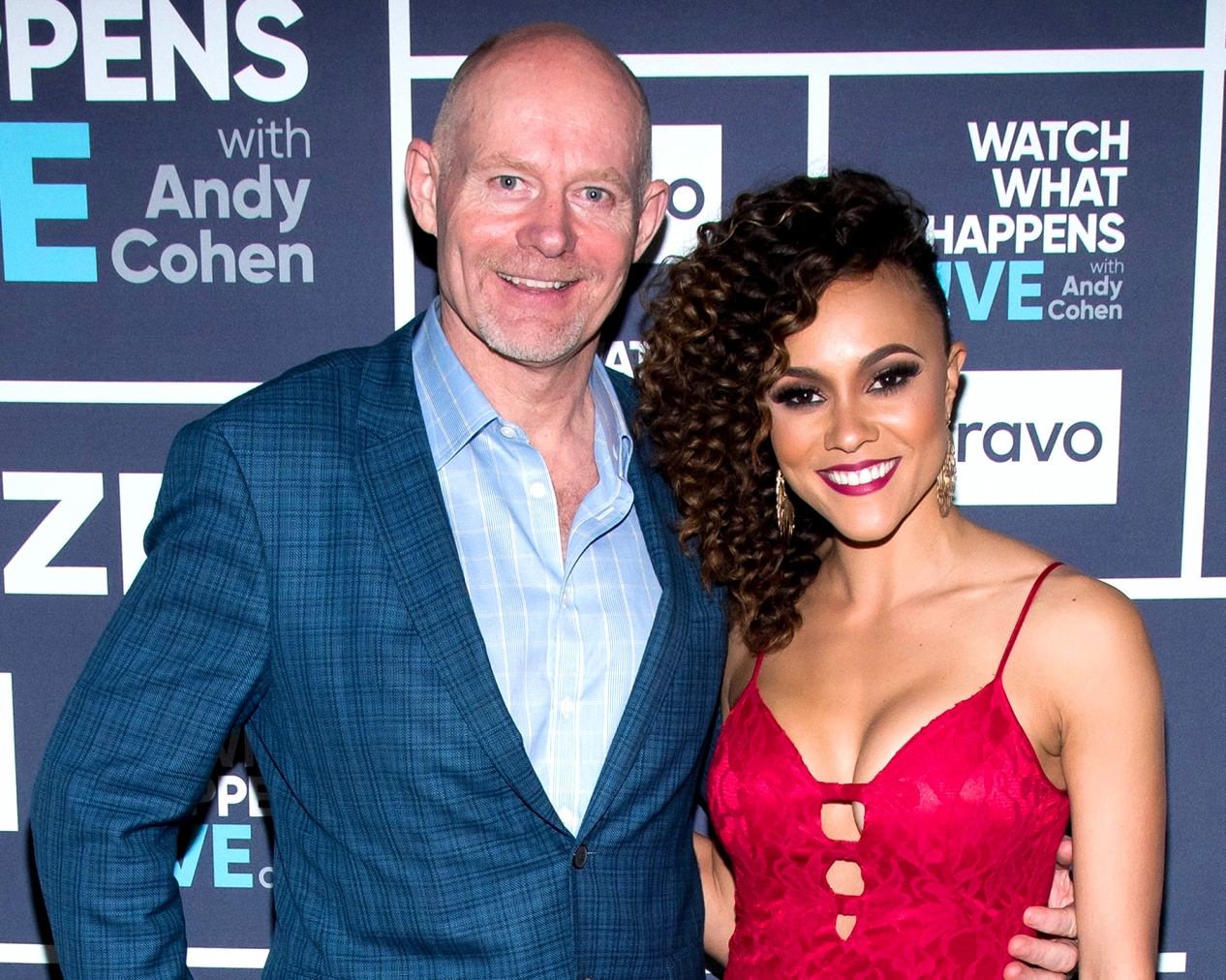 Michael Darby has been suspended from his role on The Real Housewives of Potomac following accusations of a sexual assault on one of Bravo’s cameramen.

Amid production on the reality series’ upcoming fourth season, Bravo and their production company, Truly Original, have stopped filming scenes with Michael, who is married to cast member Ashley Darby.

According to a report from TMZ on September 28, Bravo released a statement, saying they have “comprehensive policies and guidelines relating to the safety of cast and crew. We take all allegations seriously and then proceed accordingly with our producing partners.”

Earlier this week, cameraman Orville Palmer came forward against Michael, claiming the reality star groped and grabbed his butt during filming on a Real Housewives of Potomac episode on September 1. Orville also alleged Michael gave him a “flirtatious look” after grabbing him.

As a result of the incident, Michael is facing charges of felony assault and misdemeanor improper sexual contact.

In addition to their decision to suspend Michael from The Real Housewives of Potomac, Truly Original has launched an internal review and taken “all appropriate steps to ensure the safe working environment … for everyone associated with the production.”

Meanwhile, a new TMZ report from today is revealing more details about the incident.

According to the site, the alleged grope took place during filming at the home of Ashley’s castmates, Chris and Monique Samuels. The cameraman also alleges that weeks before the grope, Michael kicked him in his lower buttocks during a separate incident.

This newest revelation seemingly points to an ongoing pattern of harassment, and might explain why Orville attempted to get a permanent restraining order against Michael. While Orville had previously obtained a temporary restraining order, it however expired on Thursday. A judge has since denied his request for a permanent one.

Unfortunately for Michael, this isn’t the first time he has been accused of being inappropriate with another man. During the season one finale of the RHOP, Michael famoulsy grabbed former cast member Katie Rost’s then boyfriend Andrew’s butt while dancing at Charisse Jackson-Jordan’s 50th birthday party.

Ashley however dismissed Michael’s actions back then and claimed he was just having fun.

While Ashley and Michael have faced ups and downs in their marriage, including rumors of inappropriate photos of Michael with another man, Ashley told Andy Cohen they were in a great place and continuing with their efforts to start a family while filming the season three reunion special months ago.

“Michael and I are in a much better place,” Ashley explained. “We are trying to have a family.  I actually did conceive a week before my birthday and unfortunately, I had a miscarriage two weeks into the pregnancy.”

“I had one when I was in my early 20s, so now I’m worried if there’s something going on with my body,” she revealed.

Around the time the reunion aired, Ashley confirmed on Twitter she and Michael were “closer than ever” in a tweet shared less than two weeks before the alleged sexual assault occurred.

It was indeed heartbreaking. Brought us closer than we've ever been before too. #rhop https://t.co/PhGKE6aSFm

The Real Housewives of Potomac season four is expected to air on Bravo TV sometime next year.