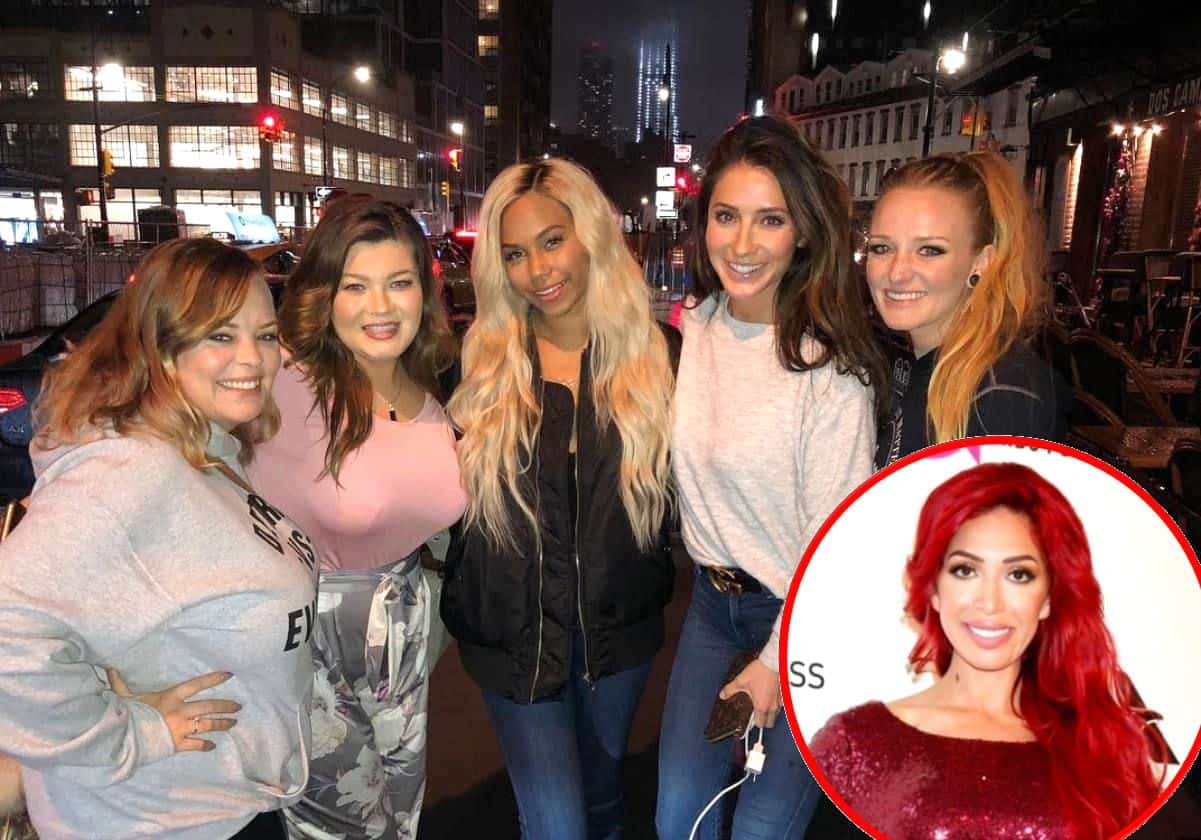 According to a new report, Monday’s debut episode didn’t compare to the ratings of past episodes featuring Farrah. In fact, according to Ratings By the Numbers, the episode garnered just 957,000 viewers for the network.

Meanwhile, at the end of last year, during the Teen Mom OG season seven premiere, the series captured 1,319,000 viewers. Then, earlier this year, as the season came to a close without Farrah, 1,098,000 viewers tuned in to see the remaining cast members, including Amber Portwood, Catelynn Lowell, and Maci Bookout, in the finale episode.

Midway through season seven, after refusing to quit working in the world of adult entertainment, Farrah was fired from Teen Mom OG by longtime producer Morgan J. Freeman. Now, as the series’ ratings plummet without her, Farrah says she “isn’t surprised” to see the show struggling after she left “on top.”

“The producers were mad my brand grew larger than the show,” she told Radar Online.

Farrah went on to label Bristol and Cheyenne as “groupies” and said they lack quality.

“The two ‘Teen Mom’ groupies that were brought on still can’t bring better quality than I have. I did it all on my own at 16,” she pointed out. “They’re coming in 10 years later. Having kids older isn’t much of a struggle, as well some couples purposely having children to be on ‘Teen Mom.'”

“MTV needs to call me to make better TV. Asking for real isn’t asking for much so MTV can call me for another show. Oh wait, they already have!” she added.

As Teen Mom OG fans may have heard, Farrah is expected to return to MTV in the coming months for the new season of Ex on the Beach with former boyfriend Simon Saran.