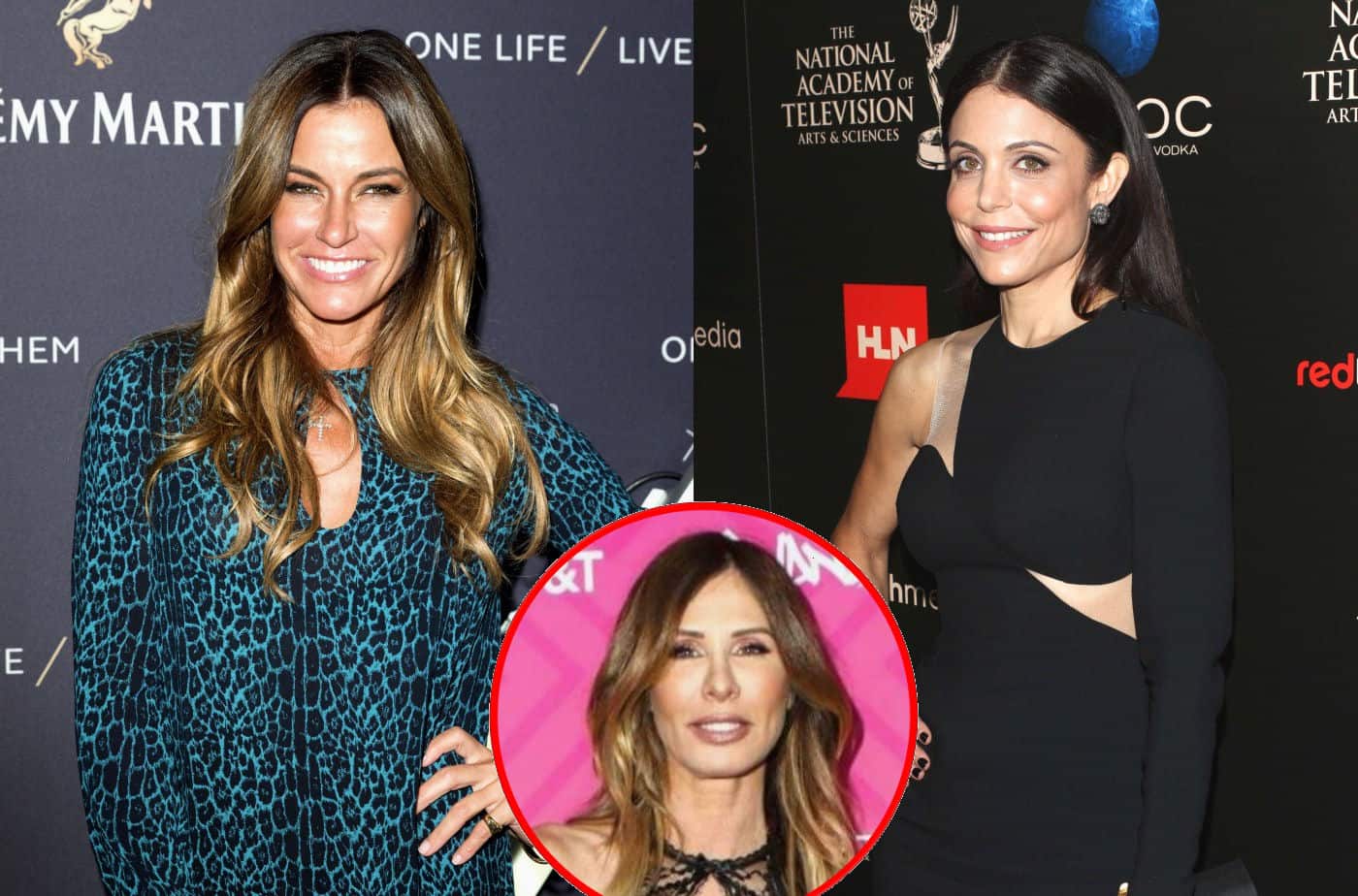 Kelly Bensimon recently unloaded on a couple of cast members from The Real Housewives of New York City.

During an appearance on “Tony’s Tea Corner” with host Anthony “Tony” Lario, the former reality star discussed her efforts to reconcile with Bethenny Frankel after years of tension, while saying some of Bethenny’s misfortunes are due to karma. She also spoke about Carole Radziwill‘s alleged ghostwriter, and joked about her visit to “Scary Island” during season three.

Kelly, 50, was first asked how it felt to be labeled as ‘mentally unstable’ by Bethenny on RHONY.

“I think that first of all, when you’re a single parent and raising children on your own, to have someone on the television show that’s being paid to engage with you, for them to put that kind of label on you – that’s a testament to her,” said Kelly. “I can’t speak on her, but I can speak about myself and that was just not kosher.”

Kelly then insinuates that certain bad things that have happened to Bethenny are a result of karma, although she doesn’t specify what those “bad things” are.

“All the bad things that are happening to her in her life are a result of her making bad decisions and putting people down,” Kelly explained. “You don’t put people down to put yourself up. You just put yourself up and bring all the other ones with you.”

According to Kelly, she has since reached out to Bethenny to try to make amends… to no avail.

“I reached out to her (Bethenny), many, many times. I have literally ten emails with Andy Cohen and the producers being like ‘Hey, I know you had some issues (with me) in the past, and I just want to reach out to see if you want to talk so we can clear the air, and you can move forward’ and she just never responded because she couldn’t handle it,” said Kelly.

“She’s got her formula,” Kelly added. “There’s a reason why she’s unhappy. People that are happy aren’t running around telling people they’re ‘unstable.’ They’re like ‘there’s a problem, let’s find a solution’. I mean, that’s how I raise my kids.’”

As for her thoughts on Carole, who quit The Real Housewives of New York City in July after filming the series’ 10th season, Kelly said she doesn’t know Carole at all.

“My personal opinion is that Carole was not right for TV. She’s a journalist, she’s a behind the scenes person. She wasn’t into it, she didn’t like it, she’s a professional woman,” Kelly explained.

According to Kelly, Carole simply “didn’t have the courage” to stand up to Bethenny in the way Kelly had years ago, likely because she didn’t want to jeopardize her friendship with Andy Cohen by taking Bethenny on.

After Tony pointed out that “Carole’s writing is amazing,” Kelly dropped a bomb, saying, “I actually used her ghost writer for my first book. I don’t know if she’s a great writer, but she’s a great storyteller.”

“Wait, so was Aviva telling the truth when she said Carole used a ghost writer?” he asked, citing an on-screen claim made by former cast member Aviva Drescher, which Carole denied.

“Uh, yeah! Because I used her,” Kelly confirmed.

As the interview continued, Kelly was asked about the season three episode of The Real Housewives of New York City in which she was accused of having a mental breakdown as she embarked on a war of words with Bethenny and made odd comments about Al Sharpton and jelly beans.

“I named it ‘scary island’ because as a kid, I used to watch Fantasy Island,” she said. “It’s funny, because when the episode came out and Bravo was trying to do all this press, I had already called New York Magazine because I know those guys really well over there, and I knew they would write what I wanted them to write. I came up with ‘it wasn’t a breakdown, it was a breakthrough.’”

“I could have been a super b*tch… but I was just like ‘let’s have fun with this’. And I got a lot of covers out of it, I got a ton of stuff out of it.”

Finally, Kelly admitted that she didn’t share too much of her personal life during her time on RHONY, stating it was simply because she had a different role and purpose on the show.

“My personal life was something that I was really guarded about on the show. I just didn’t feel like it was the right venue. If it was my own show, I would have talked about my kids, I would have shown you guys how I raised them being a full-time single mom,” she stated. “That wasn’t really my role on the show. My role on the show was to put people in their place if people were acting out of line. I was the voice of reason from day one, [and] people just were like scared. They were scared because I wasn’t scared. If someone’s going to be nasty to me, I’m not going to put up with it.”