RHOD Star D’Andra Simmons Slams “Nasty” LeeAnne Locken for ‘Hitting Below the Belt,’ Accuses LeeAnne of Trying to Destroy Her 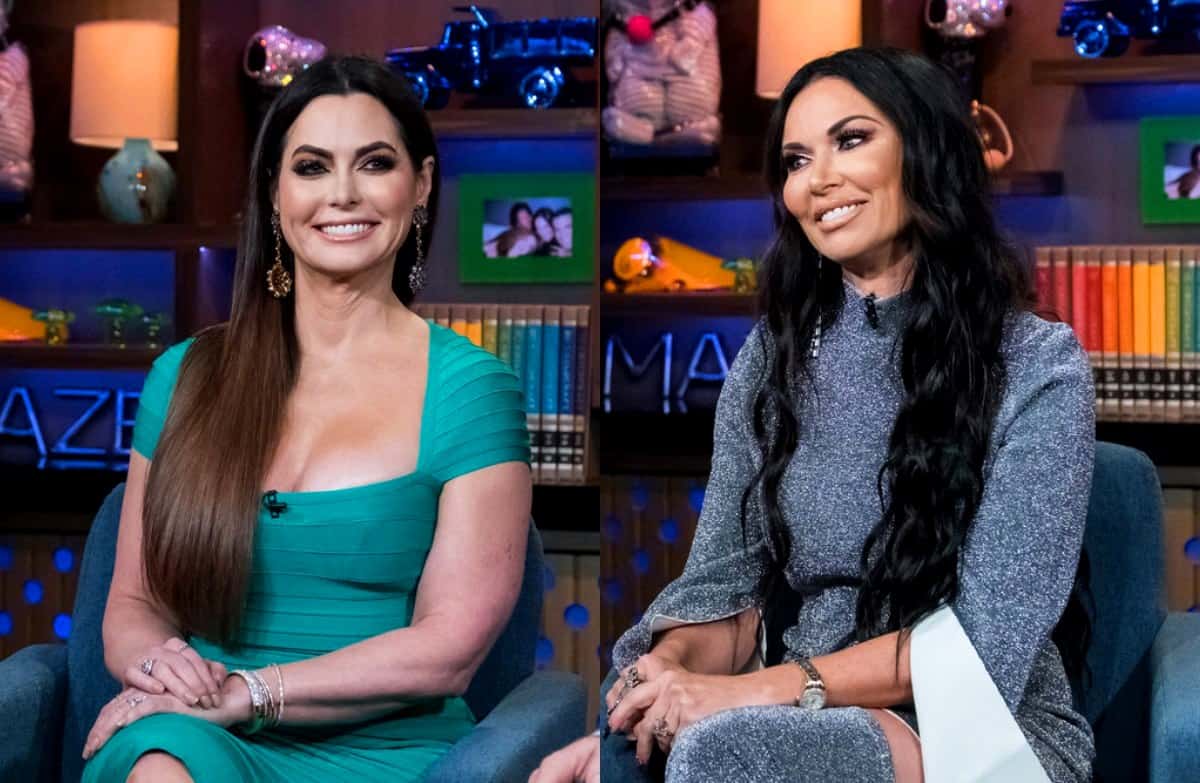 The Real Housewives of Dallas star D’Andra Simmons is calling out her castmate and former friend LeeAnne Locken in a scathing new blog!

On the latest episode of the RHOD, LeeAnne seemingly implied that D’Andra might be drinking too much with their castmate Brandi Redmond. Not surprisingly, D’Andra took LeeAnne’s comment very personally as she shared that her biological father was an alcoholic who committed suicide during a drunken rage.

In her new blog, D’Andra lashes out at LeeAnne for what she calls a “nasty and premeditated” attack and accuses her of both hitting below the belt and trying to destroy her.

First, D’Andra revealed that she truly wanted to make up with LeeAnne at Cary Deuber’s event and was taken aback by LeeAnne’s comments.

“When LeeAnne pulled me aside, I was honestly glad. I wanted to jump in and apologize for what happened between us the week before and let her know that I would stop digging and just let her come to me when she needed me. I thought that’s where we were ending the conversation, but LeeAnne never fails to surprise me with the one-up game!” said D’Andra in her Bravo blog.

D’Andra goes on to state that she believes LeeAnne’s comments about her drinking were both a deflection and retaliation for her questions about her relationship with her fiance Rich Emberlin, and because she wanted to know they they had yet to set a wedding date.

“LeeAnne’s claims that I am an alcoholic are totally unprecedented. I have had my own issues in the past, but alcohol wasn’t one of them. Her below-the-belt comment was completely unwarranted and unnecessary except for one reason: DEFLECTION with the purpose to hurt me,” shared D’Andra. “She is nasty and premeditated, and this was done for no other reason than to try to destroy me. It’s good for me to have people in my life watching out for me, but I found LeeAnne’s timing to be rather strange and obviously planned.”

She continued, “So, why did LeeAnne feel the need to bring up that she feels I am escaping through alcohol when we were talking about Rich and her? Why did she feel the need to bring up Brandi’s marital problems from two years ago, when they were talking about Rich and her? Anything to distract from what SHE doesn’t want to discuss is fair game. When a toxic person can no longer control you, they will try to control how others see you by using misinformation about you.”

D’Andra goes on to explain why she was so offended by LeeAnne’s insinuation, citing her family’s painful history involving alchohol.

“To be completely transparent, I have a long history of alcohol as the DAUGHTER OF AN ALCOHOLIC. My biological father was an alcoholic and took his own life because of this disease coupled with ataxia. It’s a painful memory for me,” explained D’Andra.

To close out her blog, D’Andra states that while she would like to believe that LeeAnne had no bad intentions, LeeAnne’s history makes that difficult.

“I was extremely hurt, confused, and angry after this conversation…It’s been a long time since I spoke of this tragedy in my life and the pain that ensued. As for the girls, I wasn’t thinking about how they would react at the time, because I was so upset over LeeAnne’s insinuation, but I am so thankful that they were so warm and accepting of me and my past,” she stated. “I want to believe that Cary is right and that LeeAnne and I had a miscommunication over what she was trying to say, or where she was coming from. Watching it back, however, I truly believe that LeeAnne brought it up for no reason other than to deflect from what was going on in her own life, and just to hurt me. She is the master of kicking you when you are down.”

The RHOD airs Wednesday nights on Bravo at 9/8c.

TELL US – WAS LEEANNE’S DRINKING COMMENT ABOUT  D’ANDRA CALCULATING OR INNOCENT?