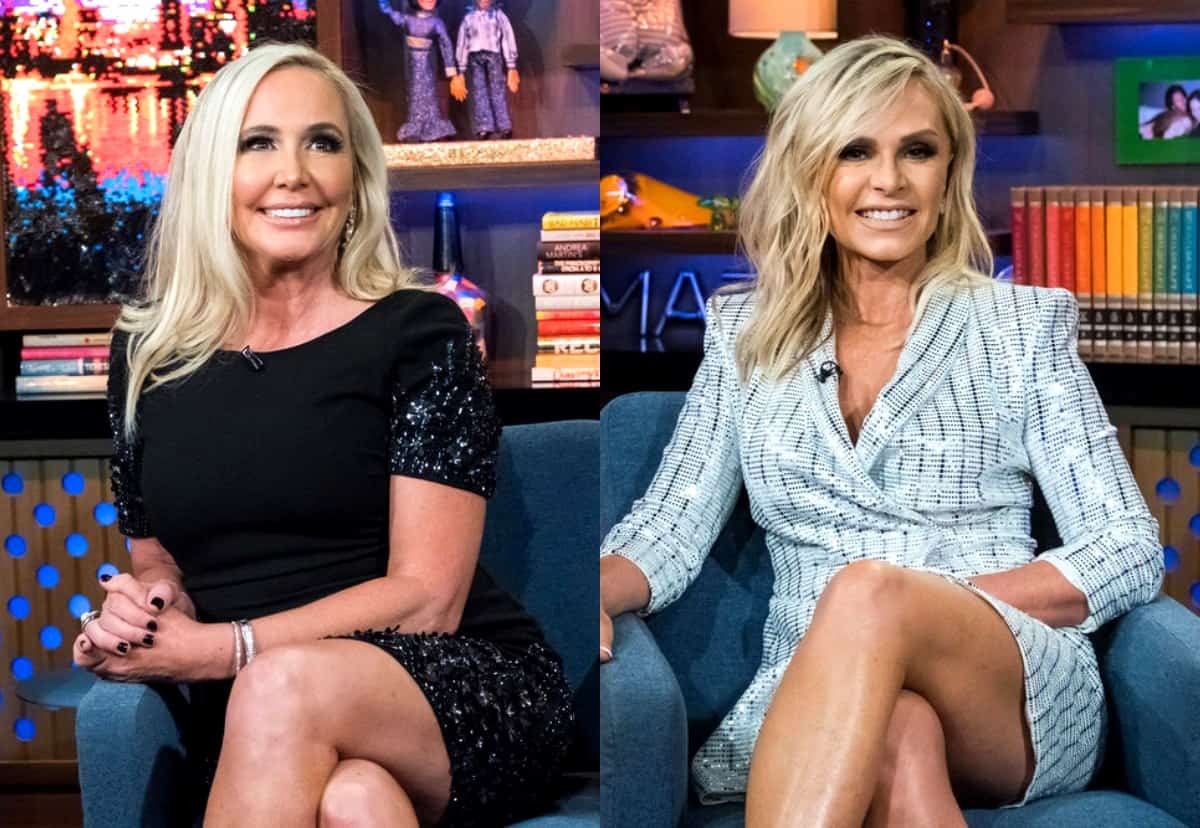 Shannon Beador went through what she deemed the “most difficult six months” of her life during filming on the 13th season of The Real Housewives of Orange County. Unfortunately, her co-stars weren’t always completely understanding of her circumstances.

After watching her co-star and longtime friend Tamra Judge label their friendship “exhausting” after last week’s episode of the show, Shannon took to her blog to share her thoughts.

“It is not easy to watch Tamra say negative things about me,” she wrote. “I thought we had the type of friendship where she would come to me instead of talking behind my back to girls that really don’t know anything about me.”

Throughout the past couple of episodes of The Real Housewives of Orange County, Shannon has been accused of not wanting to talk about anything but herself and of being unconcerned about what everyone else, including Tamra, was going through in their own lives.

At the same time, many have taken aim at Shannon for being extremely negative. Still, Shannon claims her negative comments weren’t anything she should be slammed for. After all, she was going through a very messy split from husband David Beador when filming began.

“I don’t wake up with a negative comment every single day. That is an exaggeration,” she insisted. “I am going through the most difficult six months of my life. Being sad about a failed marriage and all the things that come with it doesn’t not make me an unhappy person. Single life isn’t ‘awesome’ when you are going through an extremely nasty and contentious divorce. I am entitled to be sad in a very devastating period of my life.”

Shannon also pointed out that she and Vicki Gunvalson had a ball with their raft guide and were definitely not “Debbie Downers” during their day out in Jamaica.

As for her thoughts on new cast members Emily Simpson and Gina Kirschenheiter, Shannon first insists that she wasn’t rude to them during the vacation.

“When Kelly suggested I room with Emily and Gina, I thought that was strange. I don’t necessarily think I was rude, I was just honest. I wanted to have a fun trip and sleep in a room with people I was comfortable with,” said Shannon. “When you travel with people, you get to know them. I planned to do that on the vacation. Not so sure the old folk’s home comment was the nicest, but you didn’t hear me complaining about it.”

She however added that she wasn’t too focused on the new ladies because they simply haven’t made the best impression on her.

“There is an obvious distance between Emily, Gina, and I,” she admitted. “I haven’t made them a priority, because I don’t think they have been the kindest.”

“You can’t force a friendship. It does seem that they sure do like to bring me up a lot,” she added. “Don’t they have other things to talk about?”