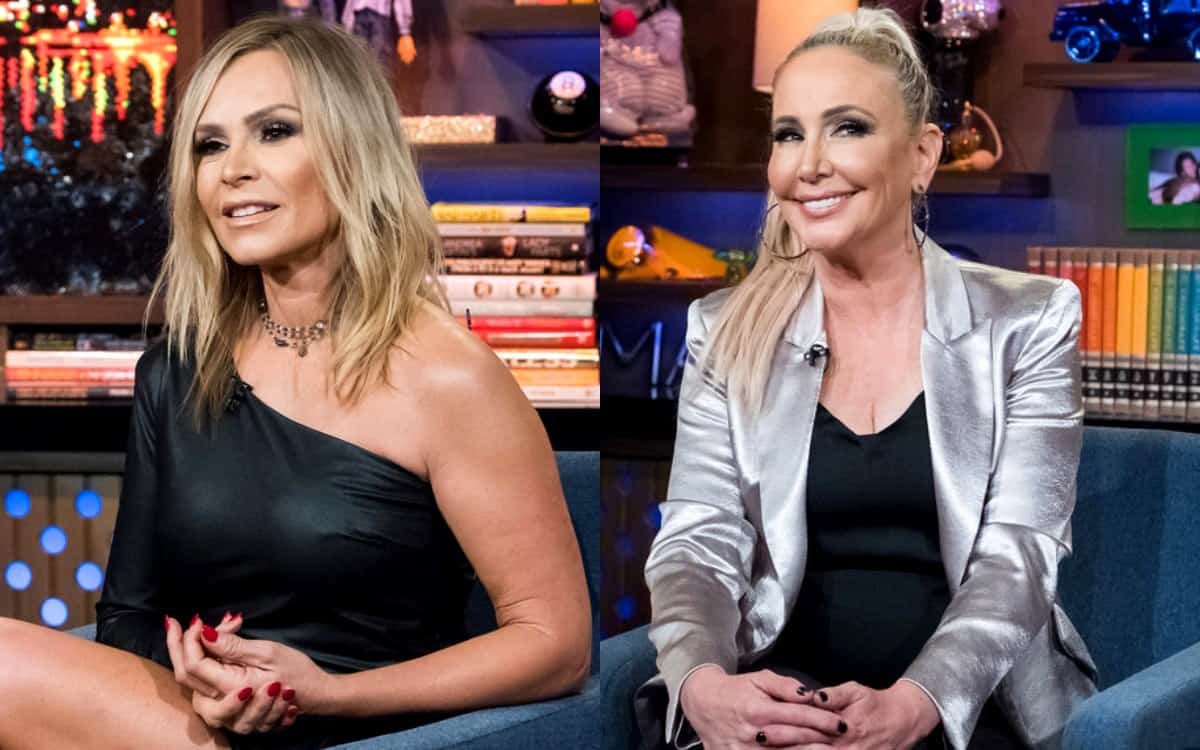 Tamra Judge‘s husband wishes his wife could be a bit tougher with longtime friend Shannon Beador.

The Real Housewives of Orange County star is revealing her husband Eddie Judge felt she was enabling Shannon as she dealt with the fallout from her divorce and believed her co-star would benefit from some tough love. Tamra is also admitting that being Shannon’s friend can be “exhausting” at times.

“Eddie would hear me talk to Shannon numerous times a day. Sometimes, he thought that I should’ve been a little tougher on her to help her move on. I was so worried about hurting her feelings, so he felt that I was enabling her,” Tamra explained in her latest Bravo blog.

“The past four years of Shannon’s marriage have been a roller coaster. I’ve been the one there for her every step of the way,” Tamra continued. “I try to be the best friend I can be and just listen to her, but that gets exhausting. I was going through my own issues with Eddie’s health and my patience was running short.”

Looking back, Tamra said there were moments when she wanted to encourage Shannon to think more positively about her split from David Beador, but feared upsetting her friend.

“There were definitely times that I wanted to say to Shannon that I wish she could be a little bit more positive, but I just didn’t have it in me. Shannon is very emotional, and I just didn’t want to upset her,” Tamra shared.

“I’m not the best at communicating my problems, and Shannon is the complete opposite. I think at the end of the day we balance each other out,” she added.

As for Kelly Dodd‘s comment about Tamra and Shannon being codependent, Tamra disagreed.

“Codependent is a strong word! I don’t think that Shannon and I are codependent,” she said. “I think that we are really good friends. We do a lot together, and we rely on each other. I think every girl has that one best friend who knows everything about them, and that is my friendship with Shannon. We are more like sisters than friends.”

In other Real Housewives of Orange County news, Tamra recently weighed in on potential cast changes ahead of season 14, stating that she’s sick and tired of all that comes with new cast members.

Tamra went on to agree with a statement made by her co-star Vicki Gunvalson, who suggested new cast members act the way they think they should based on what they’ve seen during prior seasons of the show.

“That’s where it’s tough. Even when I got on the show, I felt like I had to act and dress and be a certain way to fit in, but then you find your spot, if you’re good for the show,” Tamra said. “Not everybody is made out to be on TV. Somebody might be a great person and nice and all that, but that’s not definitely good TV. That is a problem.”

Finally, Tamra also addressed recent claims and rumors that she’s gotten at least one former RHOC cast member fired from the show. Former cast member Lizzie Rovsek seemingly implied recently that Tamra tried to get her kicked off the series back in 2015.

“I feel like this: When people get fired from the show, they think it’s my fault! I apparently have this “in: with a higher power and I work for Bravo and they listen to me! No, they don’t. Oh, they’ve all said it. I don’t have that power, so I think people might be a little afraid of me,” said Tamra.