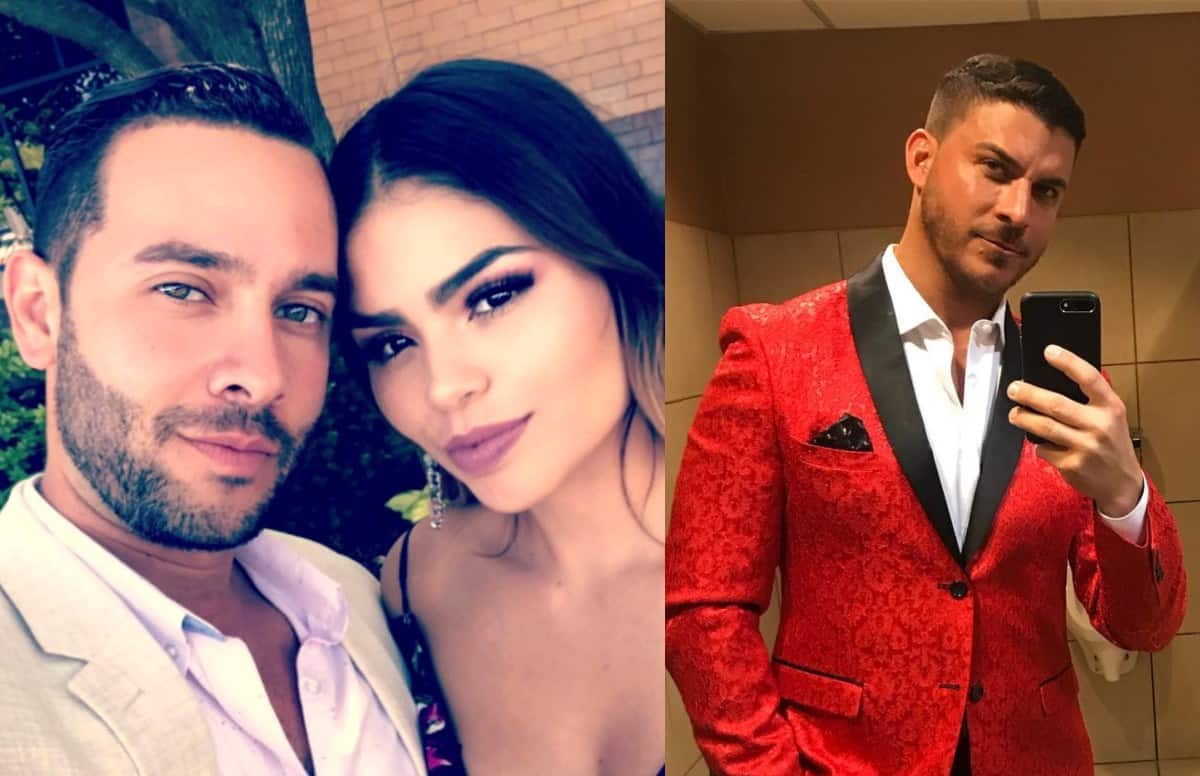 Jax Taylor and several other members of the Vanderpump Rules cast have been outspoken fans of 90 Day Fiancé for the past couple of years but recently, Jax found himself in a heated feud with one of the show’s stars.

After Fernanda Flores shared a cartoon drawing of herself and her fiancé, Jonathan Rivera, Jax made it clear he is not a fan of the couple’s relationship and said Fernanda was foolish for being with Jonathan, who he said looks “poor.”

“You are a fool for believing this dude,” Jax wrote. “He looks poor and acts like a kid.” 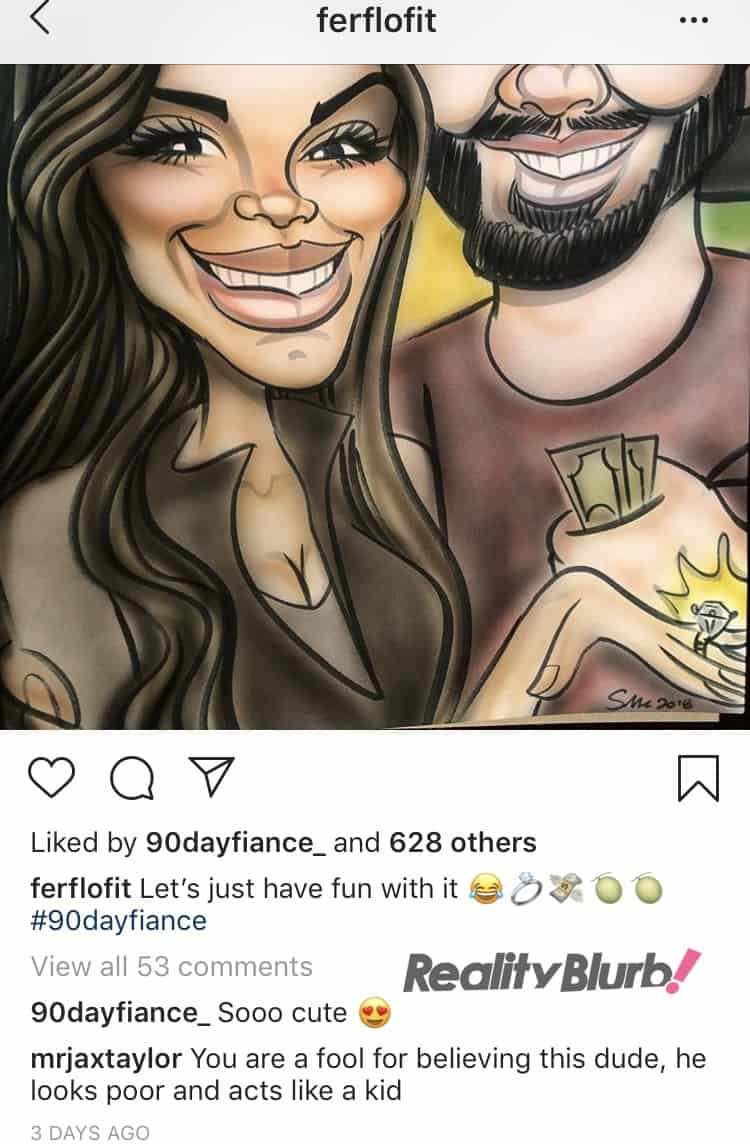 After seeing her fellow reality star’s comment, Fernanda returned to Instagram and fought back against Jax in a series of stories.

First, she shared the screenshot below on Thursday, along with a comment suggesting Jax was “jealous.” 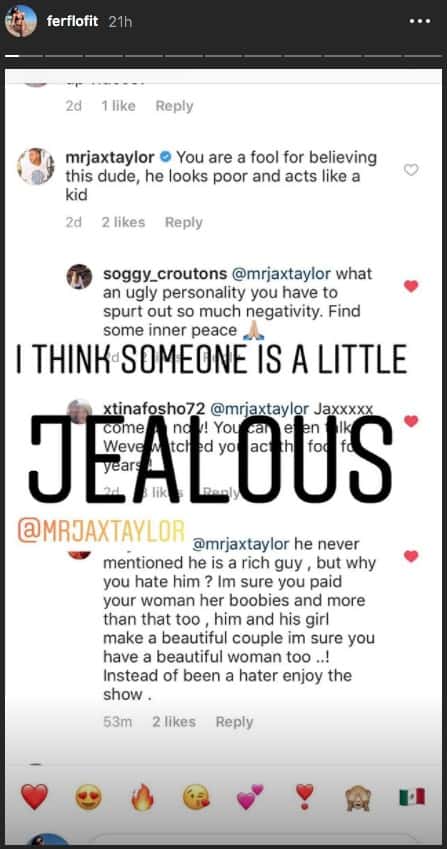 Next, Fernanda called out Jax in a video while explaining why both she and Jonathan are very “rich.”

“I want to talk to you about Jax Taylor commenting on my picture with Jonathan,” said Fernanda on her Instagram Stories on October 25. “He says Jonathan is poor and I’m a fool for being with him.” 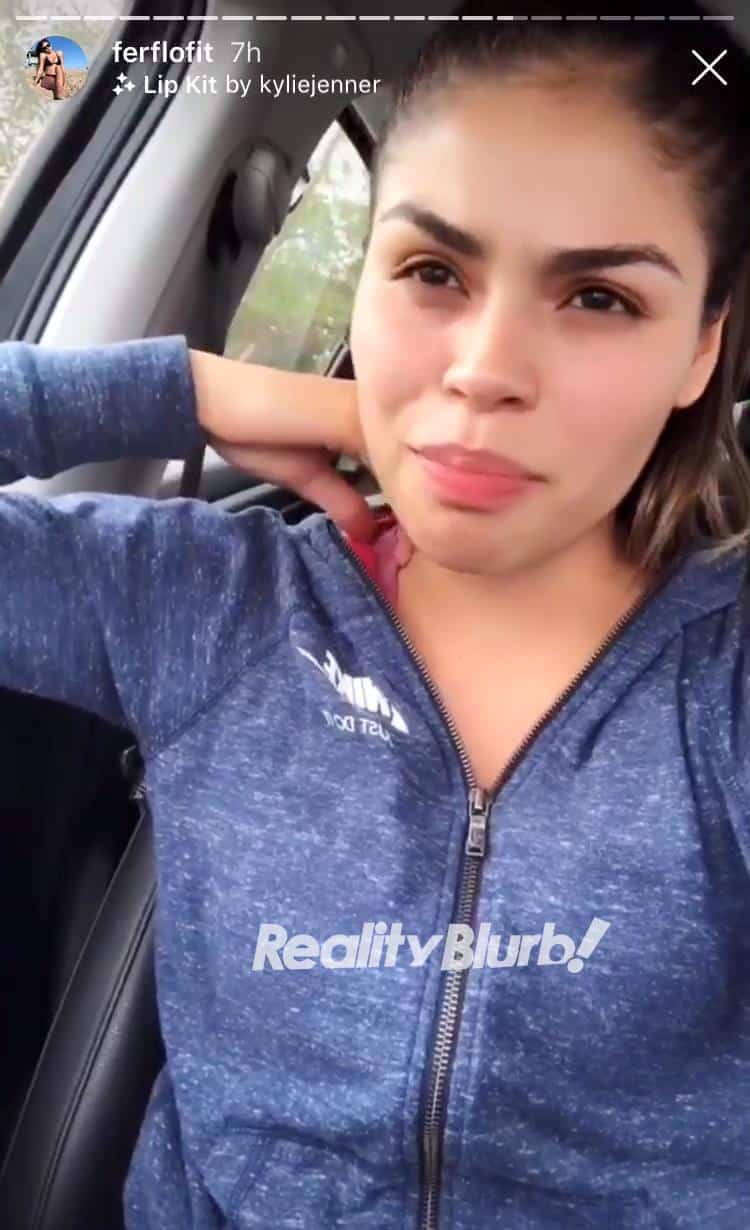 In her final clip, Fernanda seemingly suggested Jax was uneducated and “so stupid.”

“It’s so funny how people who [are] supposed to have money, they don’t have education. They are so stupid. They don’t even realize,” she stated.

It also turns out that Jax has actually made nasty comments to Fernanda on multiple posts. In another post from five days earlier, he tells her: “This is so fake, she’s only doing this to be on tv for 5 minutes. Why would you come [to] America to be on 90 day, how dumb. Shows about the people in the world. Gross.”

TELL US – IS JAX OUT OF LINE FOR HIS COMMENTS TO FERNANDA AND JON?